Thirty-nine-year-old Mr. Adewale “Wally’ Adeyemo was, during the week, announced by the United States President-elect, Joe Biden as the Deputy Secretary of the Treasury-designate. The announcement broke the internet as Adeyemo will become the first Nigerian-American to attain such a height in American’s political history when inaugurated. Saturday Tribune’s FEMI OGUNTAYO journeyed to his roots in Osun State, spoke to his relations and friends of his father’s. His report:

This is no more a blessing hidden from the world; it is a blessing known to the whole world, our son is a global figure now, so we thank God and pray for his success.” Those were the words of Mr. Gbadebo Adeyemo, the immediate younger brother of Mr. Adekanmi Joseph Adeyemo father of Mr. Adewale Adeyemo who was appointed as the United States Deputy Treasury Secretary during the week by the President-elect, Joe Biden. Mr Adeyemo spoke to Saturday Tribune over the phone. The appointment is definitely no more a hidden blessing as virtually everyone in Nigeria and particularly in his native Gbongan community in Ayedaade Local Government Area of Osun State. Gbongan is a community midway between Ibadan and Ile-Ife. You could see the joy of the cheery news in the eyes of every person you meet. Some aged community women ushered the reporter into Adeyemo’s family compound. They were all eager to explain how the Adeyemo family had been known in Gbongan for years. The women, who also prayed for Wale ‘Wally’ on his new accomplishment said with their prayers, he would succeed on the job and attain greater heights. They then spoke about Wale’s great-grandfather and his grandfather, who was popularly known as ‘Baba Ghana’. They said they both lived in Gbongan till death and were buried there. 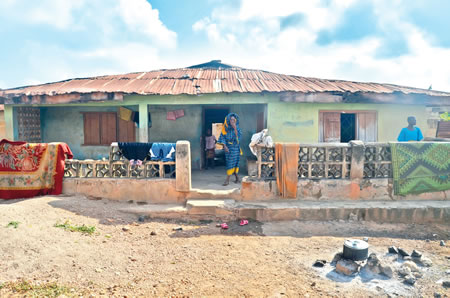 The reporter was then taken to the residence of Elder Olagunju Olapoju, a retired nurse and a close friend of the family. He was particularly close to Wale’s father when he was in Nigeria. It was from him that the reporter got more detailed information about how the Adeyemo family migrated to Gbongan from Modakeke in 1909 and how Wale’s father left Nigeria for the United States with his family in the 80s.

“During the Modakeke-Ife war (in 1909), Wally’s great-grandfather migrated from Modakeke to Gbongan and settled here. His grandfather, Akanbi Adeyemo who was popularly known as ‘Baba Ghana’ in Gbongan, stayed in Gbongan for some time before leaving for Ghana. It was when the Ghanaian government sent Nigerians away from Ghana in the 1960s that the man returned to Gbongan with his children to stay with his father.”

“Akanbi, Wale’s grandfather (Baba Ghana) was a native doctor (a babalawo). He inherited this from his father, Wale’s great-grandfather. He plied  his trade in Ile Akire here in Gbongan.  So, we were in the same compound, it was during this time that I became close to Wale’s father, – Mr. Adekanmi Joseph Adeyemo. I went to the same primary school with Wale’s uncle, Mr. Gbadebo Adeyemo.

“Unfortunately, Wale’s father was attending a school in Ghana before they returned to Gbongan. He could not complete his secondary school education. He was a member of the Seventh Day Adventist church, so he was managing some petty things at the Seventh Day Hospital. It was at that place that they noticed his ability and he was assisted with funds to prepare for and write GCE. It was after the GCE that he got admission to the Seventh Day Adventist Seminary of West Africa in Illishan, Ogun State (now BABCOCK University).

“So, from my own secondary school town, he would invite me to come to Ilishan to do some vacation jobs. I worked  in a bakery there. I could remember vividly, with the first money I got from the vacation job, I bought a three-and-half-feet bed with it (Laughs). So, I would stay with him in the same house at Ilishan Remo. After finishing his studies there, he went for NYSC and was posted to Remo Divisional High School Shagamu. 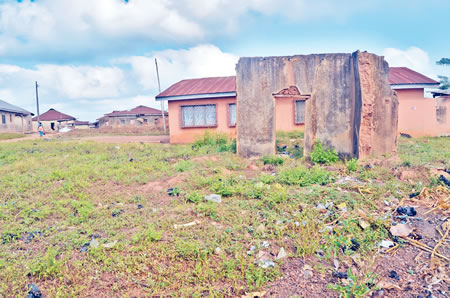 Remains of his great-grandfather’s house.

“After passing my school certificate examinations, he helped me secure employment at Muslim High School II in Shagamu. The quarters given to him as a corps member had three rooms  and the corps members there were just two – Wale’s father and one other corps member. So, he gave the other room to me. We were all living together. Along the line, after youth service, he had to leave me and travel to the United States to further his education around 1981. However, before leaving, he took me to Ilesha, got the form for a nursing job for me, followed me to the interview and in fact, helped me secure the nursing job,” Olagunju said.

He further explained that Mrs. Florence Adeyemo is now a nurse in the United States and Wale, his father, and his mum have been there till date. “So, I know him very much, we were so close and whatever I am today, he helped me achieve it. He comes to Nigeria often and in fact, he was still in Nigeria some two years ago for the burial ceremony of one of his wife’s relatives. So, he studied, I think Theology here at the Seminary, it was when he got there that he got his Masters and also had his PhD,” Elder Olagunju explained.

Wale Adeyemo’s uncle, Gbadebo Adeyemo who also spoke with Saturday Tribune about where they regard as their hometown said: “I have always said that whoever is in Gbongan is as a result of Modakeke. It was because of the war that our great-grandfathers came to settle down in Gbongan. But Gbongan is where we know. For example, there is no place in Modakeke where I can settle down in as our family house. So right now, I can say that Wale Adeyemo is from Gbongan.” 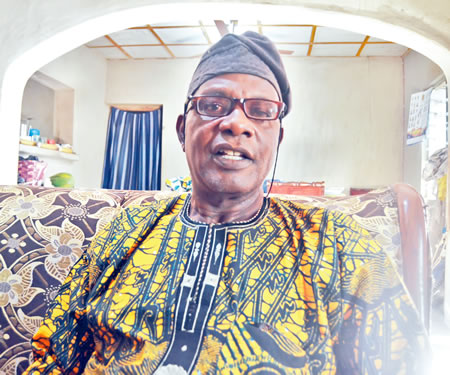 The news about Wale’s appointment also excites sons and daughters of Gbongan, many of whom have said a lot about him and what this feat means to them. Prince Adelani Oyediran Ajanaku who also spoke with Saturday Tribune about what this feat by their son means to the town said: “The news of Adewale Adeyemo came to us and we rejoice seriously in it. It is a destiny kept with God because what God has done for us is bigger than silver and gold. It is not something money can buy. If you look at the likes of Okonjo Iweala, Akinwumi Adesina, these are global citizens Wale has elevated the name of Gbongan to the outside world.

“We’re not after money, because the glory, the joy that our son is recognised globally alone is more than any amount of money in this world. It is worth celebrating. We are going to celebrate it, Gbongan anniversary is coming very soon and the entire community will celebrate him because he has added more greateness to the history of the town. We will continue to pray for him and for his success. That is why we love America. It is a land of opportunities and it is also our prayer that Biden’s administration will be successful.”

The Olufi of Gbongan land, Oba Adetoyese Oyeniyi, also reacting to the news of Wale’s appointment on a platform of Gbongan sons and daughters, was quoted to have said: “This is big news. My joy has no limits upon hearing this news. The position is equivalent to that of a junior minister of finance in our system. We must congratulate him officially from the Association of Gbongan Progressive Elements (AGPE).

The British Parliament at the Westminster Hall held a debate on ‘e-petition 554150, relating to Nigeria and the sanctions regime’ on Monday. The government of the United Kingdom has however responded…

The surprise visit made on Friday night by the leaders of the ruling All Progressives Congress (APC) to former President Goodluck Jonathan at his residence in Abuja triggered a stir in the major political camps, resulting in at least four possible theories…

Mueller congratulated Brady, who reached his 10th Super Bowl at the age of 43: You are a hero and an inspiration!
Neville compared Liverpool to Coventry after Manchester United's win. Probably because of the color of the uniform
Vladimir Gazzaev held the first training session with Siena
Alessandro Costacurta: Inter are the favourites for both the Milan derby and the Scudetto
The Valencia player tested positive for antigens. Yesterday was a match with Atletico
Tottenham topped the rating of the most eco-friendly clubs in the Premier League. Manchester United, Arsenal, Brighton and Man City-in the top 5, Liverpool-7th
Manchester United and Liverpool put on a show in the cup. The sponsor of the entertainment is the bold positions of Trent and Rashford (United have better realized this advantage)
Source https://tribuneonlineng.com/untold-story-of-wale-wally-adeyemo-bidens-appointee-as-us-deputy-treasury-secretary/

FG condoles with Tambuwal, victims of market fire in Sokoto

My wife wants to kill me, plans to marry another man – Man tells court

We are going Soviet Union way if we don’t restructure — Alao, C&S leader

Stanbic IBTC reiterates commitment to the growth of Education in Nigeria

Amotekun arrests woman for selling day-old baby to pastor for N10,000 in Ondo

Man in court over alleged manslaughter in Lagos

Only broke girls date more than one guy — Rapper Erigga

Again, Nigeria gets it wrong on tobacco control funding

We are in a hurry to pass PIB by April — Lawan

[ICYMI]: I inherited powers to command guns from my father — Sunday Igboho

Apostle Johnson Suleman in yet another messy s.e.x scandal as another pastor claims he slept with his wife

JUST IN: Tension as gunmen kill soldier, policeman in Sapele

Predicting Nollywood in the second year of coronavirus

'Namaste Wahala' to premiere on Netflix

Apostle Johnson Suleman in yet another messy s.e.x scandal

Vacation Order: Yoruba Patriots Have Been Returning From Overseas To Defend Their Fatherland —Igboho

Lampard to be sacked as Chelsea manager today

51 Suspects On Trial For Kidnapping, Other Offences – Oyo Govt

Nigeria is safer under Buhari than Jonathan – Onochie

Tertiary Institutions to resume in Kaduna

Woman sells day-old baby for N10,000 to Pastor in Ondo

I started acting at age of ten, Jide Kosoko reveals

Makinde failed to take actions against crimes of gruesome killing, others in Ibarapa – Alao

FLASHBACK: ‘Where Are The Cows? Is Evans A Herdsman?’ — When Tinubu Spoke On Murder Of Fasoranti’s Daughter