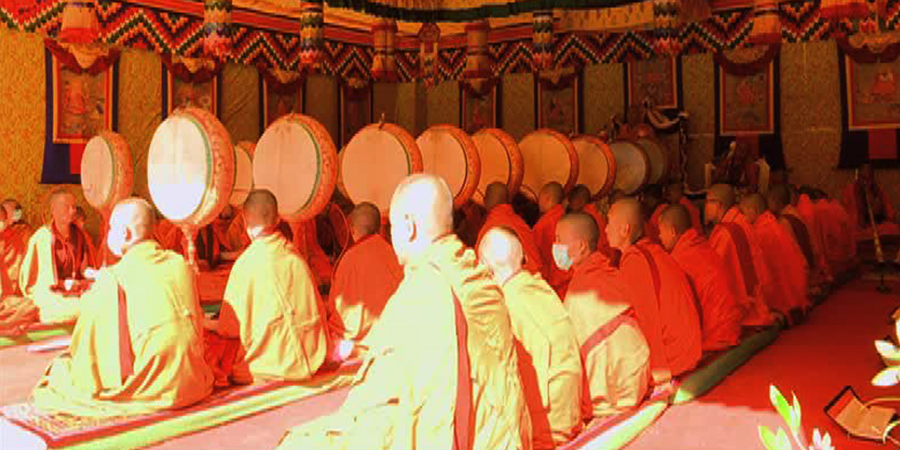 The nine-day Ten-chi Kurim Jungwa Chidoe began today at the Pangrizampa College of Astrology in Thimphu. The ritual which was held as a closed-door event for the last two years due to the pandemic is now open to the public. It is an annual ritual performed for the well-being of the sentient beings and the peace and prosperity of the country.

Tshog-gi Lopen of the Central Monastic Body is presiding over the prayer ceremony along with 200 monks.

According to the Pangrizampa College of Astrology, the ritual is to ward off disasters caused by the four natural elements- fire, water, wind and earth. It is believed that if one can attend the Kurim, it will help avert disasters and misfortunes.

“The ritual is being performed for the peace and prosperity in the world. Moreover, it is for the longevity of our kings and the members of the Royal family. The Kurim is also to prevent bad luck for individuals who fall under the Loka, Thuensum and Dhuenzur categories,” said Sonam Rinchen, the Vice-Principal of the Pangrizampa College of Astrology.

He added that the Central Monastic Body is conducting the Kurim on behalf of the people and especially for those who cannot perform the ritual at home.

“We couldn’t make our offerings in the last two years. I am happy that I can do it this time. Likewise, the pandemic receded due to the government’s effort and kurims by the monastic bodies,” said Kencho Tshering, a devotee.

“I am excited and happy to attend the Kurim after two years,” said Sangay Tshomo, another devotee.

The college instituted the Kurim in 2003.

Employees accuse PHPA-I of unfair practices in its manpower downsizing

Request for Quotation for the Supply of Air Tickets