Emancipation Day is being recognized by the federal government this year for the first time, but at least one Canadian community has celebrated it since before Confederation.

On March 24, members of Parliament voted unanimously to designate Aug. 1 as Emancipation Day in Canada. The date marks Aug. 1, 1834, when slavery was abolished in the British colonies, including Canada.

The motion was introduced by Liberal MP Majid Jowhari, who represents the riding of Richmond Hill, Ont. It was seconded by Conservative MP Alex Ruff of Owen Sound, Ont., where Emancipation Day has been celebrated since 1862.

Owen Sound was the farthest-north end point for the Underground Railroad, a network of secret routes and safe houses for Black people to escape slavery in the United States, according to the area's Emancipation Festival website.

'Clapping from up high'

Jeffrey Smith, chair of the Emancipation Festival's board, said it's meaningful for the day to be recognized nationally after being celebrated in Owen Sound for 159 years.

"My parents are probably clapping from up high right now," he said.

Smith said it was "great" to see the Emancipation Day motion passed unanimously and that political parties seem to be "opening up" to recognizing societal issues, including racism and poverty.

"I think education and the internet have done a wonderful job in terms of making people aware. That awareness is turning things," Smith said. The murder of George Floyd by a Minneapolis police officer in May 2020 and the subsequent riots also led to increased awareness of racism, he said.

WATCH | Emancipation Day is 'a reminder of what's left to be done': Nova Scotia Sen. Wanda Thomas Bernard says Canada must confront its role in slavery by officially recognizing Emancipation Day each Aug. 1.

Smith said the festival in Owen Sound has evolved over the years — from being an all-Black picnic to including people of all races and now to recognizing that Indigenous people in the area helped slaves who were escaping on the Underground Railroad.

From the 1930s until the 1960s, an Emancipation Day celebration in Windsor, Ont., drew thousands of participants, including celebrities and civil rights leaders from across the United States.

Preston Chase, an Ottawa teacher who released a documentary about his great-uncle Walter Perry's role in creating Windsor's celebration, told CBC News in March that Perry would have been elated about the motion passing in Parliament.

Ontario has officially marked Emancipation Day since 2008, and the City of Vancouver followed suit in 2020. 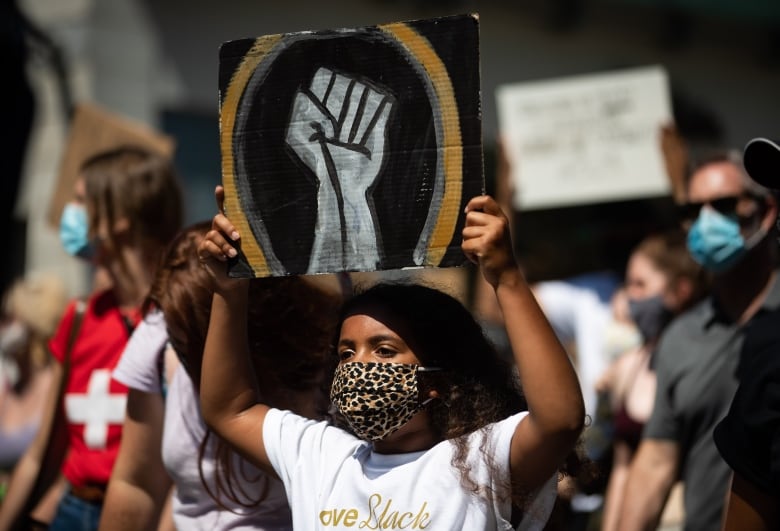 Sen. Wanda Thomas Bernard of Nova Scotia had been calling for the day to be recognized at the federal level for years. She introduced a private member's bill in the Senate in 2018, but it didn't make it past first reading.

When the Liberal MP's motion passed in March, she said she hoped the move would "create an anchor" for Canada to move toward other reparations.

"It's important for us to acknowledge how slavery is really embedded in the current anti-Black racism that we're experiencing [and] current conditions of systemic racism that we're trying to address," Thomas Bernard told CBC's Mainstreet at the time.

Green Party Leader Annamie Paul, the first Black leader of a major political party in Canada, said Emancipation Day had been ignored for too long.

"For almost 200 years, Emancipation Day has gone generally uncommemorated, and untaught, though people of African descent have lived in Canada since the transatlantic slave trade, and the Indigenous Peoples of these territories predate the colonialists," she said.

Judge Aytekin on the removal of Daoud for the go-ahead: We deserve minimal respect. Hummels also did not approve of the behavior of his Borussia partner
The Premier League will discuss the fight against racism with Lukaku. The Belgian doubts the effectiveness of kneeling
Juventus have missed out in 20 consecutive Serie A rounds. The club's anti-record is 21 matches in 1955
Dybala was injured and left the field in tears. He opened the scoring in the match with Sampdoria
Perin plays in the goal of Juventus for the first time in 2.5 years. The club has conceded in 19 consecutive Serie A matches
Allegri has his 400th match in Serie A as a coach. He has 243 wins and 79 draws
Real Madrid is leading in La Liga, and this is the main thing. Ancelotti on 0:0 with Villarreal

Denied cross-border shoppers, some U.S. companies opt to export to Canada instead

Sizzling Cardinals look to remain hot in finale vs. Cubs

Blue Jays staring at another must-win vs. Twins in wild-card quest

Motor racing-Bottas to start 16th in Sochi after engine change

Rays look to reel in another win vs. Marlins

Canada’s only female defence minister was in 1993. Is it time for another?

Conservatives divided on fate of O'Toole, as party's MPs call for unity

Boxing-‘I’m no sulker and I’ll get back to grind,’ says Joshua after Usyk loss

What are Congress’ options for funding the gov’t and raising the debt limit?

NP View: Canada is soft on China and the U.S. knows it

ASK AMY: Family member wanted to Zoom to a wedding

Tennis-Federer feels worst is behind him but not rushing return

Oregon St. wins at USC for first time since 1960

Baylor Romney steps in to lift No. 15 BYU over USF

Cal rallies to force OT before falling to Washington

Golf-‘Miracle at Medinah’ will be on Europe’s minds, says captain Harrington

Golf-Europe are not out of the Ryder Cup fight, says Lowry