TORONTO -- Ontario's police watchdog is investigating a fatal police-involved shooting in Haliburton County that started with a report about a man who was refusing to wear a mask at a grocery store.

The incident started at a Valu-mart on Highway 35 in the township of Minden, and ended around 40 kilometres away near a residence on Indian Point Road, east of the Village of Haliburton.

Ontario Provincial Police said that officers were called to the grocery store at around 8 a.m. following a report that there was a man who was refusing to wear a mask and had assaulted several people at the store.

"He refused to wear a mask at the store. He was refused service and the assault happened thereafter. So our people became involved with that initial assault investigation and follow-up," OPP Sgt. Jason Folz said.

According to the Special Investigations Unit (SIU), which has invoked its mandate, the man left the store and was followed for a short period of time by an officer.

Using the vehicle’s licence plate, officers tracked the man to a home on Indian Point Road.

"Officers attended there, where shots were fired. Additional OPP resources were brought in and ultimately a 73-year-old male was transported to hospital, where he died," Folz said.

According to the SIU, two officers fired their guns.

Images from the scene on Wednesday in Minden show the grocery store surrounded by yellow police tape.

Folz said the man who died was from the Haliburton area. 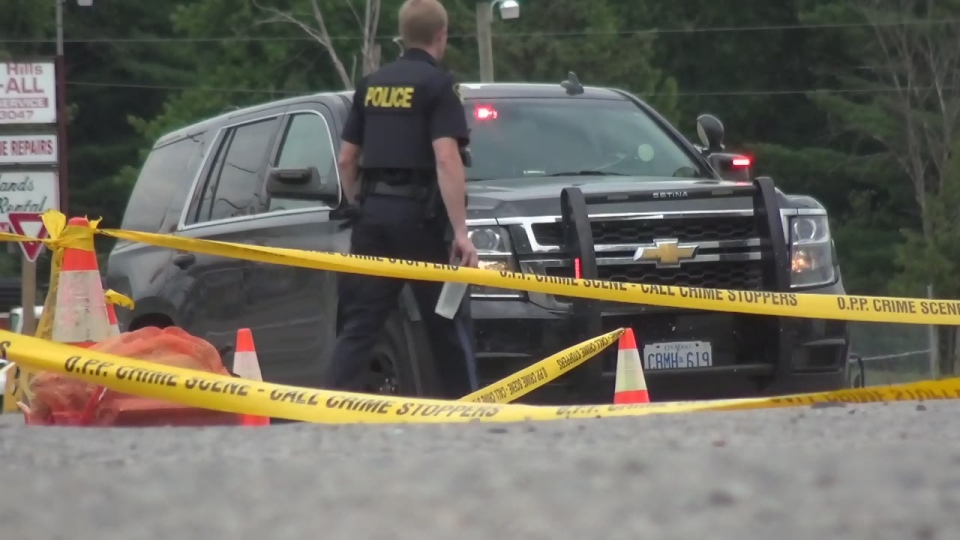 The OPP said that there is no concern for public safety and investigators are not currently looking for anyone else in connection with the incident.

The SIU is an arm's length provincial agency called in to investigate whenever police are involved in a death, serious injury, or allegations of sexual assault.

Anyone with information about the incident is being asked to contact the SIU.

Police are currently investigating a serious criminal matter near the Village of #Haliburton. Currently there is no concerns for public safety. Please remain away from Indian Point Road near Eagle Lake until police complete this investigation. ^jf pic.twitter.com/ecncyluG1W

Berbatov – Bale: Gareth, I want to see you play football!
Arturo Vidal: Bayern are always the favourites, but Barcelona is the best team in the world
Kike Setien: Lewandowski is a great player, but he is not on the level of Messi
The great Milan of the noughties are already coaches: Gattuso is rebuilding Napoli, Shevchenko is going to the Euro, some are still at the club
The Premier League will not have a winter break in the 2020/21 season. Start-September 12, end-may 23
Liverpool have entered talks with Bayern over Tiago
Vertonghen goes to Benfica. The contract is for 3 years
Source https://toronto.ctvnews.ca/fatal-police-involved-shooting-started-with-call-over-mask-at-ontario-grocery-store-opp-1.5026473

No in-person fall convocation this year at York, Ryerson, U of T and Seneca

Puppy stolen while on walk with family in Etobicoke

‘It’s not just about me’: McKenna cites need to protect politicians from threats

As economy recovers, some Toronto restaurants commit to end tipping

WE Charity lays off staff, looks to sell Toronto real estate in wake of scandal

Brookfield raises $23 billion, expects to ramp up pace of deals

Ontario education minister to make announcement as conflict escalates over return to school,

Massive outbreaks in Israeli schools a 'cautionary tale' for Canada

Trump changing U.S. showerhead rules after complaining about his hair

John Ioannidis: Another shutdown would do more harm than good

MacDougall: Trudeau looks to Mark Carney because he doesn’t trust his team