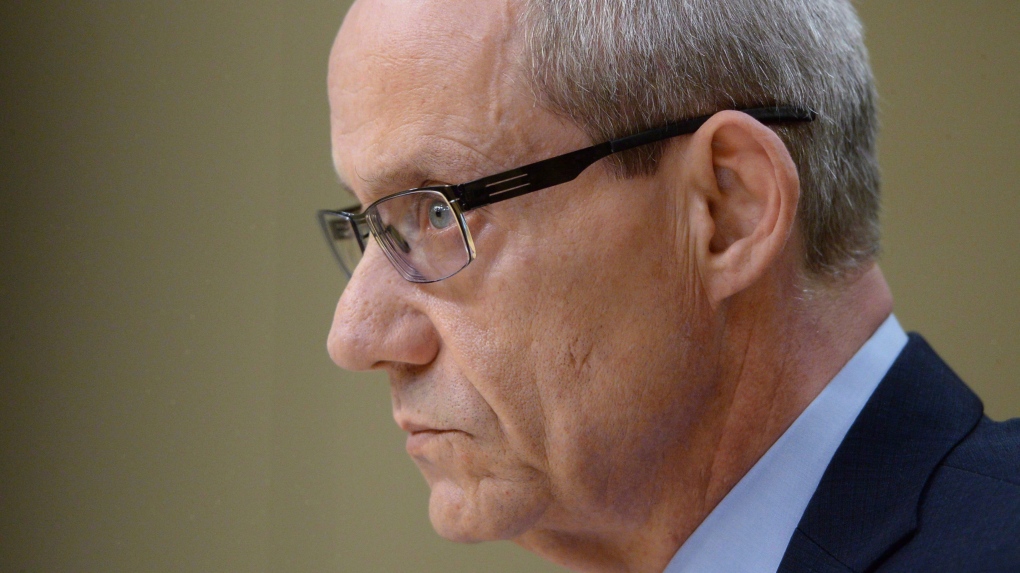 Canadian Forces ombudsman Gary Walbourne appears at a Senate veterans affairs committee in Ottawa on Wednesday, May 4, 2016. Walbourne has dropped the gloves in what appears to have become a tense battle with National Defence, accusing officials of "insidious" attacks whenever his office releases a report critical of the department. THE CANADIAN PRESS/Sean Kilpatrick

Walbourne is testifying to a parliamentary committee this afternoon, nearly two weeks after Sajjan told the same committee that he was as surprised as anyone when Global News first reported Vance's alleged misconduct in early February.

Sajjan at that time repeatedly refused to say what he and Walbourne discussed during their meeting on March 1, 2018, citing confidentiality.

But the former ombudsman, whose testimony is protected by parliamentary privilege, says he asked Sajjan to get back to him with advice on how to handle the allegations, but was instead cut off from any further contact with the minister and that his financial and staffing authorities were frozen.

The former ombudsman, who initially declined an invitation to speak to the committee before members formally summoned him to testify, added that the Privy Council Office later called asking for information about the specific allegations despite his request to Sajjan to keep the matter confidential.

Vance has been accused of having an ongoing relationship with a service member he significantly outranked and of sending an inappropriate message to a second, much more junior, member before he became defence chief.

This report by The Canadian Press was first published March 3, 2021.

‘We will not be randomly stopping people’: London, Ont., police chief

COVID-19: Latest developments in the Greater Toronto Area on April 17

ODDS AND ENDS: Corpse compost and other offbeat offerings

Hobbled Hornets host Blazers, who are sixth in the West

With matinee vs. Pelicans, Knicks look to win sixth in row

Jazz lose Donovan Mitchell (ankle) ahead of matchup with Lakers

Hawks host Pacers as both angle for playoff positioning

‘It came from your country’: Racist outburst caught on camera at Coquitlam, B.C., park

ALBERY POWELL: DMX no doubt headlining the ‘Party Up’ in heaven

Tunisia closes schools until April 30 to slow spread of coronavirus

Russia and Ukraine to expel a diplomat each as tensions simmer

COVID-19 symptoms life-changing for long-haulers: 'I don't know if I'm ever gonna be back to normal'

COMMENTARY: Our overly-cautious approach to the AstraZeneca COVID-19 vaccine needs to change

Murder-suicide in Mercier will be investigated by Quebec coroner

Sold (Bought): Burnaby home big on space, inside and out

Toronto police among Ontario forces that will not perform random stops of people, vehicles under new health measures

Felix Silla, Cousin Itt from ‘The Addams Family’, dead at 84

Queen shares never-before-seen photo of herself and Prince Philip