A strong cyclone is moving toward India and Bangladesh as authorities try to evacuate millions of people while maintaining social distancing.

Cyclone Amphan is expected to make landfall on Wednesday afternoon and forecasters warned of extensive damage from high winds, heavy rainfall, tidal waves and some flooding in crowded cities like Kolkata.

The cyclone had winds of 220 to 230 km/h and is forecast to weaken before landfall around India's West Bengal state and Bangladesh.

It is the second super cyclone on record that has formed over the Bay of Bengal, said Mrutyunjay Mohapatra, India's meteorological chief. The first of that classification was the devastating 1999 cyclone in Odisha state that left nearly 10,000 people dead.

"This type of cyclone can be disastrous.... It is completely unsafe," Mohapatra said.

Videos and photos from the eastern Indian states of West Bengal and Odisha showed some families along the coast or flood-prone areas being evacuated to cyclone shelters. Some carried bags with their belongings and all had their faces covered. Armed with loudspeakers, officials went from village to village warning people of the incoming cyclone.

"Evacuations are necessary," warned Mohapatra, pointing out that tidal waves could move 25 kilometres inward, along the many rivers that criss-cross the Bengal delta.

The Bangladesh Meteorological Department has also warned that the cyclone could flood vast swaths of southwestern and southern Bangladesh.

Amphan's winds were whirling 700 km from its eye as it approached land. It is forecast to pass between the seaside resort town of Digha in India's West Bengal state and Hatiya Island in Bangladesh with a weaker wind speed of 165 to 175 km/h. 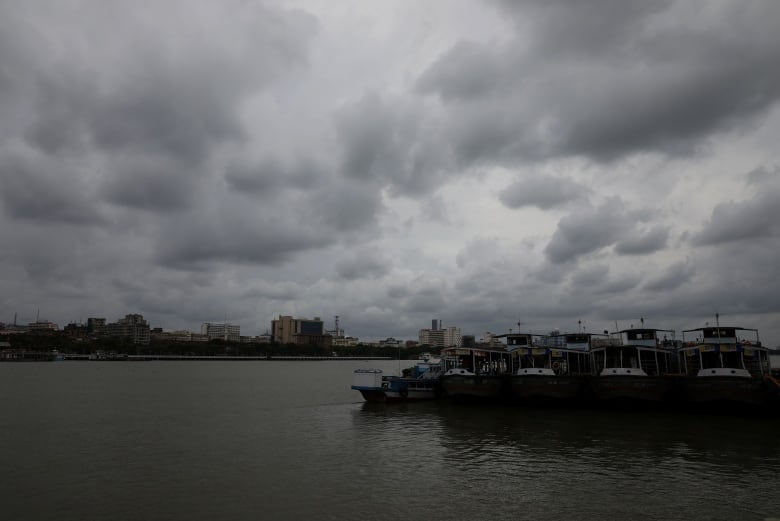 Clouds cover the skies over the Ganges River in Kolkata ahead of the expected arrival of Cyclone Amphan. (Rupak De Chowdhuri/Reuters)

Several districts in West Bengal will feel the brunt of the storm, said Mohapatra. Flooding is a risk in Kolkata due to crowding and poor drainage, and the storm surge could raise river levels in the Bengal delta, he said.

Fishing trawlers and boats in the Bay of Bengal have been asked to take shelter until further notice.

Before reaching the Indian coast, the cyclone will move parallel to Odisha state and evacuations have begun in the region, officials said.

After reaching land, the cyclone is expected to move away fast and weaken by Thursday.

Bangladesh's junior minister for disaster management and relief, Enamur Rahman, said he ordered local authorities to prepare thousands of cyclone shelters and makeshift structures to take more than five million people to safety before the cyclone crosses the region.

Debasis Shyamal, a fisherman in Digha, said evacuations had yet to start but people were staying indoors.

"We are mentally prepared for the cyclone but there are some concerns about social distancing," he said. 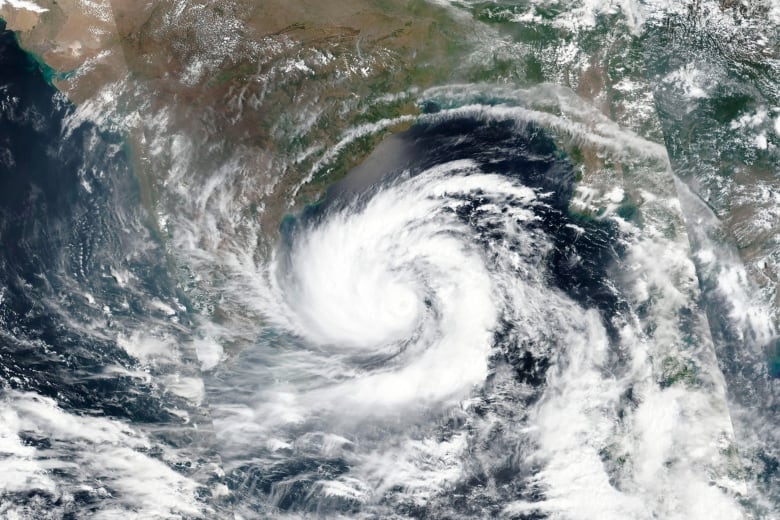 The environment of Grisman outraged by the behavior of leopards. They believe that Messi can change the situation
CEO akhmata about Glushakov: We are happy with it. We will discuss the future at the end of the season
Arteta Pro 4:0 with Norwich: Arsenal are moving in the right direction
Heness about Sane: This transfer will make Bayern even more beautiful
Pioli about Milan: I hope we finish higher than seventh place
Everton have not lost in 9 home Premier League games for the first time in 4 years
Sane arrived in Munich and passed part of a medical check-up in Bavaria
Source https://www.cbc.ca/news/world/cyclone-amphan-india-bangladesh-1.5574970?cmp=rss

Letters to the Editor, July 2

24 killed in attack on drug rehab centre in Mexico

Police: 24 dead in attack on drug rehab centre in Mexico

Rivers in southeast region of B.C. expected to rise rapidly as rains continue

Cuban capital to ease lockdown, joins rest of the country

Canucks' Virtanen under fire after visit to downtown Vancouver nightclub

Moving day leaves at least 173 Montreal households without a home

Fire breaks out at apartment building in Edmonton’s Oliver neighbourhood