It's a landmark day for nuclear disarmament, but an awkward one for the federal government

This column is an opinion by Setsuko Thurlow and Bianca Mugyenyi. Thurlow, the co-recipient of the 2017 Nobel Peace Prize on behalf of ICAN and recipient of the Order of Canada, survived the bombing of Hiroshima and has devoted her life to nuclear abolition. Mugyenyi is a director at the Canadian Foreign Policy Institute. For more information about CBC's Opinion section, please see the FAQ.

Today is an extraordinary day for humanity. Yet it is an awkward moment for Canada.

At midnight the Treaty on the Prohibition of Nuclear Weapons (TPNW) entered into force. For the 51 countries that have already ratified it, developing and possessing nuclear weapons is now illegal. The treaty requires ratifying nations to, "never under any circumstances … develop, test, produce, manufacture, otherwise acquire, possess or stockpile nuclear weapons or other nuclear explosive devices."

Beyond making weapons that have always been immoral now also illegal for nations that have joined the treaty, it requires signatories to promote nuclear abolition. Similar to the landmine and cluster-bomb treaties, the TPNW seeks to stigmatize the stockpiling and use of nuclear weapons in the hopes of changing the behaviour of all nations, including non-signatories.

The pressure is not only directed at the state level. It is also aimed at companies, universities and other institutions that enable nuclear weapons development, research and production.

Yet despite stating that it is committed to nuclear disarmament, Canada's federal government has refused to sign the TPNW. 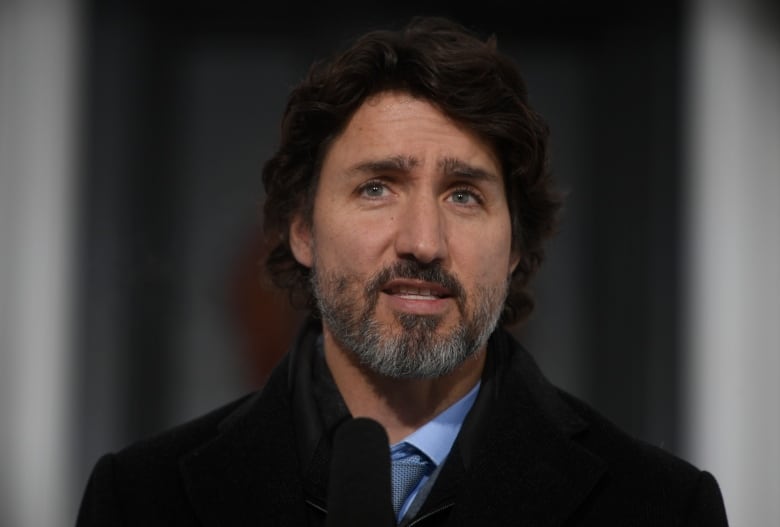 Prime Minister Justin Trudeau is seen here speaking to the media in Ottawa on Jan. 15. The Treaty on the Prohibition of Nuclear Weapons that went into effect Jan. 22 is backed by 51 nations, but the federal government doesn't support it. (Adrian Wyld/The Canadian Press)

Nuclear weapons continue to pose a serious threat to human survival. There have been accidents involving these weapons in the U.S., Spain, Russia, British Columbia and elsewhere over decades. Similarly, early warning system failures have almost led to drastic decisions by the leaders of nuclear armed states.

Tens of millions could die instantaneously if nuclear weapons were exploded over cities. The use of a fraction of the more than 13,000 nukes in the world could imperil billions in a global famine and through radioactive fallout.

The UN Institute for Disarmament Research, as well as the Bulletin of the Atomic Scientists, argue that the risk of nuclear weapons use is at its highest in decades.

Nuclear armed Israel, Pakistan and India have never signed the Nuclear Non-proliferation Treaty, while North Korea withdrew and is building up its arsenal. In recent years the U.S. has pulled out of the Intermediate-range Nuclear Forces (INF) treaty, Iran nuclear deal and Open Skies Treaty. Washington is spending $1.7 trillion over three decades to modernize its nuclear stockpile with new bombs that are 80 times more powerful than those it dropped on Hiroshima and Nagasaki. By positioning troops on Russia's doorstep, including Canadians in Latvia, the NATO alliance is heightening tension between the two great nuclear armed powers. 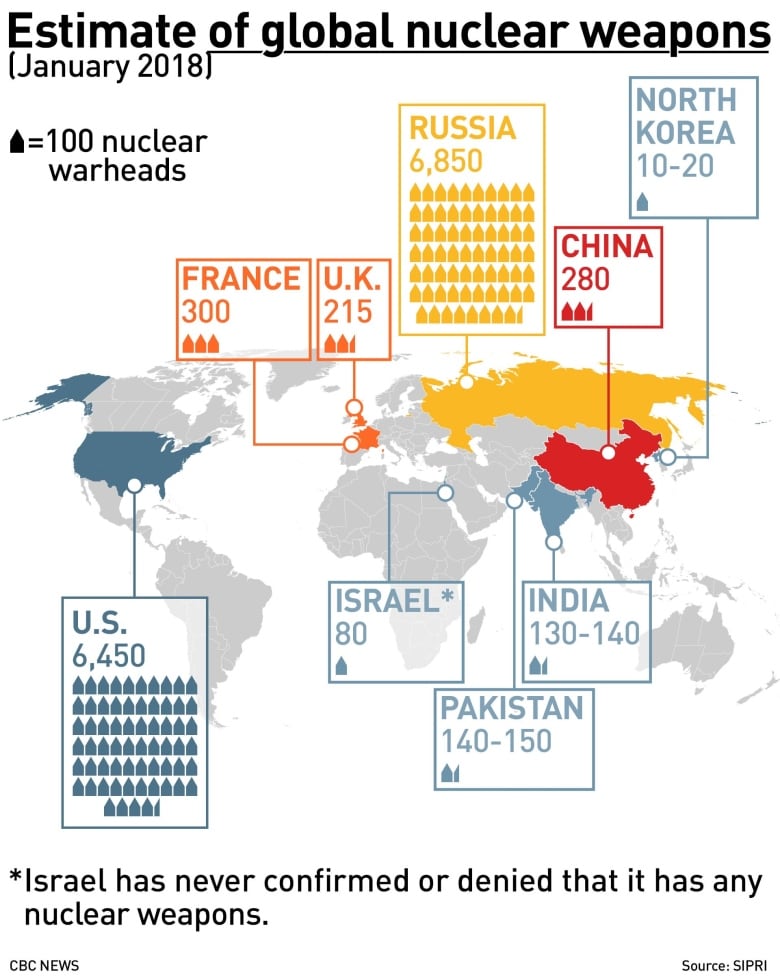 An estimate of the global stockpile of nuclear weapons as of 2018, compiled by the Stockholm International Peace Research Institute (SIPRI).

Amidst the dangers of a nuclear conflict, the TPNW is a bright light. In 2017, 122 countries voted in favour of the treaty's adoption at the United Nations.

Canada, however, has been hostile to the initiative. It voted against establishing talks for the treaty and then boycotted the negotiations, which two-thirds of all countries attended. More recently, Canada voted against a December UN resolution supporting the TPNW, a resolution backed by 130 UN member states.

Just two weeks ago during a meeting of foreign ministers of the Stockholm Initiative for Nuclear Disarmament, Parliamentary Secretary to the Minister of Foreign Affairs Rob Oliphant reiterated in a government statement that, "Canada is committed to the Treaty on the Non-Proliferation of Nuclear Weapons (NPT) and its part in achieving a safer and more peaceful world. Now is the time to make a concerted effort, working with like-minded partners, to advance our shared nuclear non-proliferation and disarmament objectives. We are committed to achieving a world free of nuclear weapons." 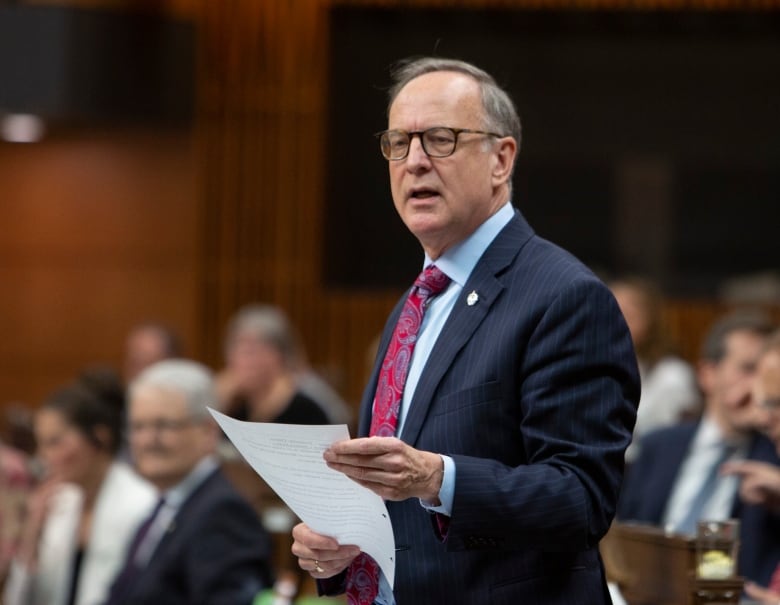 Parliamentary Secretary to the Minister of Foreign Affairs Rob Oliphant, seen here in the House of Commons in June 2019, told a Jan. 6 meeting of foreign ministers that the federal government remains 'committed to achieving a world free of nuclear weapons.' (Fred Chartrand/The Canadian Press)

So why is the Trudeau government refusing to sign the TPNW prohibiting nuclear weapons?

Initially Prime Minister Trudeau dismissed the UN conference that negotiated the treaty, stating, "there can be all sorts of people talking about nuclear disarmament, but if they do not actually have nuclear arms, it is sort of useless."

As support for the TPNW has solidified, the government's tone softened. It now asserts that it prefers to focus on the Non-Proliferation Treaty (NPT), which opened for signatures in 1968.

However, signing the TPNW is not at odds with seeking to reinvigorate NPT negotiations.

Ottawa's opposition to the prohibition treaty appears driven by the military and political establishment's ties to the United States and NATO (the Liberal government's defence policy makes two dozen references to Canada's commitment to NATO).

In a bid to block the treaty that went into effect today from reaching its ratification threshold, Washington sent a message in late October urging countries, including Canada, to "withdraw your instrument of ratification or accession" to the TPNW.

The nuclear-armed NATO alliance is also hostile to the treaty – in December, the alliance reaffirmed its opposition to the TPNW.

While the Liberals may not be on board, the NDP, Greens and Bloc Québécois have all expressed support for Canada signing the TPNW.

If the federal government adopted their vision to prohibit nuclear arms, many in Canada would proudly celebrate.

TRAIKOS: Jets’ Dubois could be standing in the Maple Leafs’ way of reaching the conference final

WE Charity legal adviser: Parliament should have no right to summon people under threat of arrest

STINSON: When will NHLers truly get behind analytics?

Where were you the day the world changed? We want to hear from you

‘Kim’s Convenience’ to end with Season 5

Life after the pandemic: What advocates say women need to regain lost ground

‘He delighted in being challenged’: Renowned ecologist David Schindler remembered

Nova Scotia killer showed off his ‘military’ style gun, said it was for movie

N.S. mass killer showed off his ‘military’ style gun, claiming it was for movie

10 million girls at risk of child marriage due to COVID-19: UNICEF

Residential home sales on the rise across Saskatchewan: SRA report

KINSELLA: Odds increasing for a federal election in June

Edmonton police charge man after $1.7M in fraud, claims of partnerships with NHL

‘Truth to power:’ Lab was not enough for renowned scientist David Schindler

Is it safe to wear face masks while exercising? Experts weigh in

Nicolas: Oprah's interview with Meghan and and Harry burst the Royal bubble

‘I AM ASHAMED’: Jess Glynne apologizes for using transphobic slur

‘The Queen’s Gambit’ Getting Turned Into Stage Musical

Burger King gets grilled for ‘women belong in the kitchen’ tweet