Mounties failed to adequately investigate a teen's sexual assault and arrested people without reasonable grounds, according to the civilian watchdog agency that oversees the RCMP.

Those rulings by the Civilian Review and Complaints Commission for the RCMP come from the dozens of public complaint investigations concluded by the agency this year that criticized the actions of RCMP officers.

When a complaint is made against the RCMP, Mounties carry out the initial investigation and report back to the complainant. If that individual isn't satisfied with the RCMP's findings, they can turn the case over to the CRCC.

The CRCC has concluded 168 public investigations so far this year. It disagreed with the RCMP's initial findings in almost half of them.

All of the cases posted online are scrubbed of any identifying information; names, locations and dates have been removed.

In one case investigated by the CRCC, an officer arrested an intoxicated 13-year old youth (whose sex was not disclosed) for breach of probation. According to the evidence in the case, the young teen disclosed that they had been sexually assaulted earlier that day, but the arresting RCMP officer took no immediate action and instead put the youth in a police cell overnight.

"Because of the delays in launching the investigation, physical evidence was not preserved. Nonetheless, a full investigation was carried out, resulting in charges and a criminal conviction against the offender," says the CRCC's final decision. 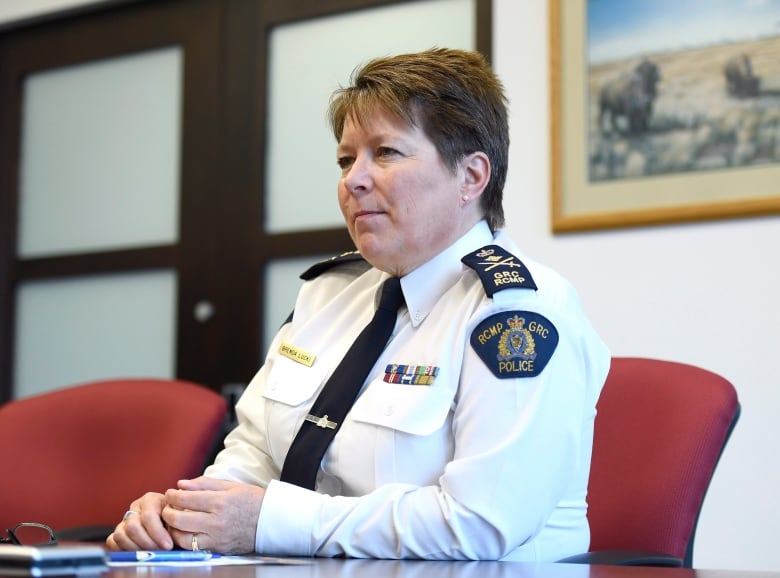 RCMP Commissioner Brenda Lucki sits for an interview in Ottawa on Friday, May 4, 2018. (Justin Tang/Canadian Press)

In another case reviewed by the CRCC, a woman reported to the RCMP that her then-husband had physically and sexually assaulted her.

The woman said she was sleeping and had consumed alcohol when the alleged sexual assaults occurred. The CRCC said that should have raised questions with the investigating officer about her capacity to provide consent.

"The commission found that the RCMP member should have recognized this issue more clearly and probed it in greater depth when questioning the woman and her husband, and when coming to conclusions about whether to recommend criminal charges," says the CRCC report.

No 'reasonable grounds' for arrest

In one of them, a man and two of his friends were driving on the highway when they were pulled over for speeding. While one of the vehicle's occupants was searching for documentation, the RCMP officer asked about small flakes of an unidentified substance on the vehicle's console.

The Mountie then arrested the three vehicle occupants for possession of a controlled substance. He frisked the three individuals and searched one occupant's pockets, his vehicle and the belongings in the vehicle.

"The commission concluded that the RCMP member's belief that the flaky substance he observed was marijuana was not sufficient to provide reasonable grounds for an arrest," said the CRCC report.

"The pictures taken by the man at the time of the arrest indicate that the crumbs observed, which were not dark green, could have been the remains of a number of substances, including bread.

"The commission found that the decision to arrest the man was unreasonable, and that handcuffing him was an inordinate use of force in light of the unreasonable arrest."

The CRCC also ruled against the RCMP in the case of an Indigenous woman who was sentenced by a provincial court to serve a nine-day sentence in the local RCMP detachment. 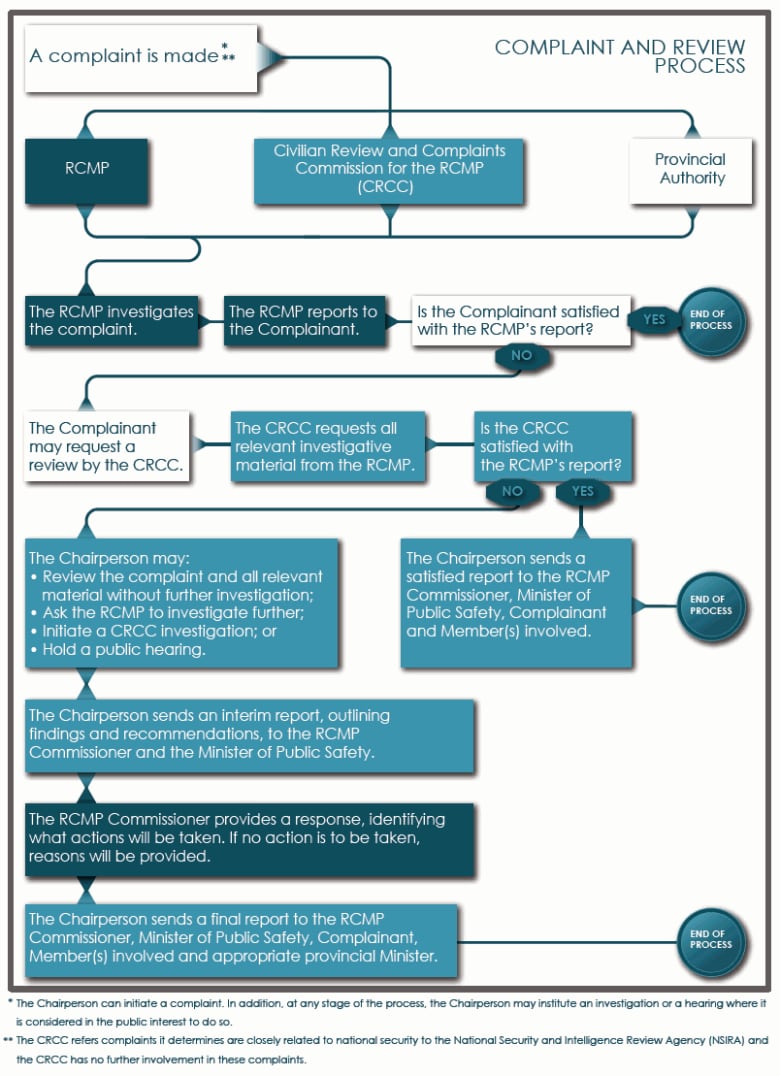 A flow chart shows the RCMP complaint process and the roles of the CRCC and the RCMP commissioner. (Civilian Review and Complaints Commission for the RCMP)

The woman complained she was not given basic prisoner privileges, such as showers and hygiene products.

"The commission found that the woman was only allowed one shower during her nine days in custody," said the report.

"There was also only one documented offer of a cloth and soap."

The commission also ruled against the RCMP in multiple cases where officers entered homes without a warrant, or failed to let an individual talk to their lawyer.

Other CRCC reports posted online so far this year concluded that:

The CRCC's recommendations are not binding. It's up to the RCMP to decide whether it will implement them.

Some of the incidents covered by the CRCC reports released this year happened before 2021. The CRCC has to receive a response to its findings from RCMP brass before releasing them publicly.

Carleton University criminology professor Darryl Davies said the current process for investigating RCMP misconduct is well overdue for a shakeup. He said complaints against RCMP officers should not be investigated by the RCMP itself.

"Until such time as the RCMP Act is amended, until a commission actually has some teeth and it's not a toothless tiger, until that time happens, we're going to continue to see the same type of situation repeated self ad nauseam," he said.

On three occasions, the Liberal government has introduced a bill to expand the CRCC's mandate to include border officials. Each attempt failed to pass before the dissolution of Parliament. The latest version of the bill, which the government hinted would also strengthen the CRCC, was introduced just weeks before the election was called in August. 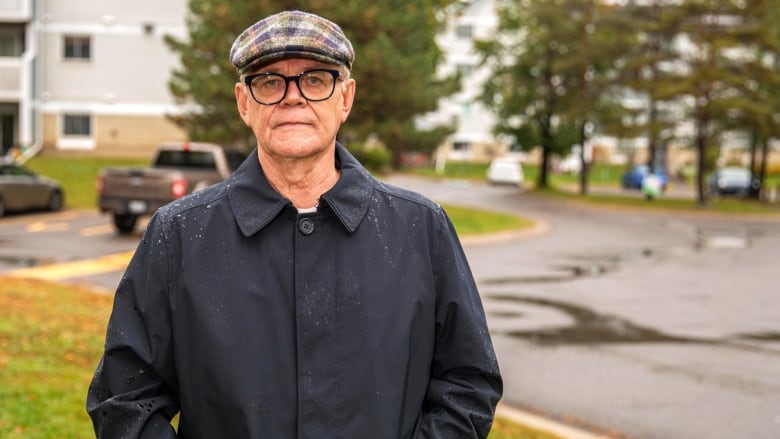 Academic Darryl Davies says the system set up by the government to deal with complaints against the RCMP is ‘toothless.’ (Mathieu Theriault/CBC)

Davies said he believes the lack of reform erodes the public's trust in the RCMP.

"I think that Canadians have a right to ensure that the RCMP officers at the rank and file level conduct themselves according to the rule of law. And then when they do engage in acts of violence and acts of discreditable conduct, that there is a process by which they will be held accountable," he said.

"I think when you have a system that is not fair, that's not transparent, that's not accountable, it just destroys people's trust in police in Canada."

A spokesperson for the RCMP said the force welcomes the findings and recommendations made by the CRCC.

"Independent civilian review of police conduct is essential for ensuring public trust and confidence," said Robin Percival in an email to CBC News.

"As a number of these complaints deal with older incidents, the RCMP is reviewing to identify any trends. Additionally, we are developing an approach that will inform members on how policies and practices are being adjusted to address concerns raised through CRCC recommendations that will ultimately lead to better interactions with citizens."

Just last week, the B.C. Civil Liberties Association (BCCLA) was in Federal Court arguing over what it calls the RCMP's "extreme delays" in responding to claims of police misconduct. The group is suing RCMP Commissioner Brenda Lucki.

The lawsuit alleges Lucki's office sits on public complaints for years at a time, ultimately leading to inadequate police accountability and oversight.

The justice has reserved their decision in that case.

A spokesperson for the CRCC said the commission was able to post such a large number of case reports this year because the RCMP has improved its response time.

The RCMP said the commissioner's responses completed in fiscal year 2020-2021 totalled 103 — more than triple the number in any previous year.

Lewandowski wants to move to Real Madrid. He will ask Bayern for a transfer (As)
Sarri about the calendar: Football is no longer a sport, but a show from which they are trying to squeeze as much money as possible
Calvert-Lewin is Arsenal's main target for the summer. Lacazette and Nketiah will leave for free
Tuchel about Newcastle: A new contender for the title. The Premier League is the most difficult league in the world, and it is getting more and more difficult
The director of Barca about Dembele and Roberto: They want to stay, but the club has to adjust salaries. This complicates the negotiations
Benzema on the Golden Ball: I have done a lot in the last 3-4 years and I continue to play at a high level
Dani Alves offered Barca his services. The 38-year-old is ready to join the club from January 1

No. 24 SDSU pulls out double-OT win over SJSU

Tennis-Azarenka proud of fight in comeback win over Ostapenko

No. 9 Oregon rallies past Cal, then holds on for win

Red Sox turn to Nathan Eovaldi in Game 2 vs. Astros

Darwin family microscope to be sold at auction

Sky shut down Mercury, move to brink of WNBA title

Australian koalas line up for chlamydia vaccine in new trial

Tennis-‘Today was just not my day’: Zverev regrets shock defeat to Fritz

Video shows Tesla driver who appears asleep at the wheel on B.C. bridge at rush hour