Saskatchewan has a new political dynasty after Scott Moe's Saskatchewan Party secured its fourth consecutive majority mandate in Monday's election, the first party to manage that in the province since the CCF under Tommy Douglas over 60 years ago.

Though thousands of mail ballots have yet to be counted, the votes that have been tallied put the Saskatchewan Party ahead in 50 seats, leaving the opposition New Democrats with just 11.

Named premier in 2018 after the surprise resignation of Brad Wall, Moe heads up Canada's longest serving government — making the consistency and breadth of the Saskatchewan Party's support all the more remarkable.

It dominated the southern rural portions of the province, winning more than enough seats outside of the two major cities of Regina and Saskatoon to put them over the mark of 31 required for a majority government.

While the party captured over 70 per cent of the vote outside the two urban areas, the Saskatchewan Party also had robust support in both Regina and Saskatoon, taking more of the vote and the seats than the New Democrats in the cities. 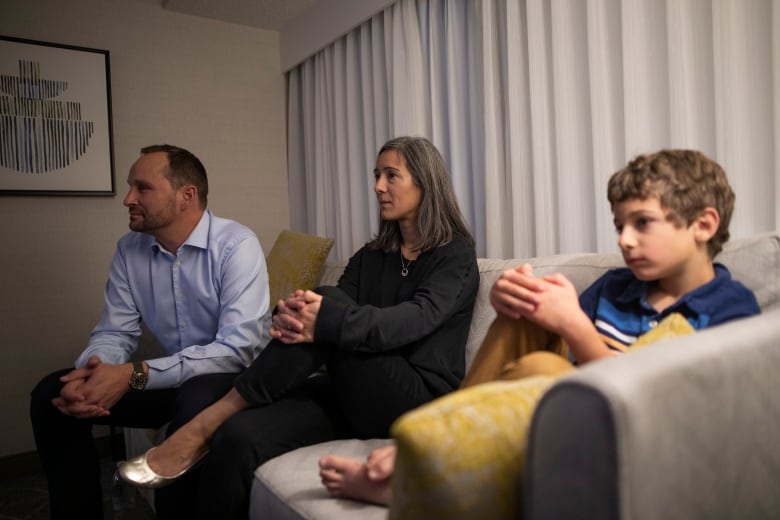 Saskatchewan NDP Leader Ryan Meili, left, sits beside wife Mahli Brindamour with their son Abraham, right, as they watch election results in a Saskatoon hotel room Monday. Meili will have to wait for mail ballots to be counted before he will know his fate in the riding of Saskatoon Meewasin. (Kayle Neis/The Canadian Press)

The Saskatchewan Party might also succeed in making history in another way. In both the 2011 and 2016 provincial elections, the party was able to engineer the defeat of the NDP opposition leader in their own ridings.

NDP Leader Ryan Meili will have to wait for the counting of potentially hundreds of mail ballots before he will know his fate in the riding of Saskatoon Meewasin, a seat he flipped to his party in a 2017 byelection. By the end of counting last night, Meili was 83 votes behind the Saskatchewan Party's Rylund Hunter.

If Meili were to lose, it would be the first time in history one of the two biggest parties in any legislature in Canada would see its leader go down to defeat in three consecutive elections.

That Meili could find himself outside the legislature is only one indication of just how bad a night it was for the New Democrats.

The former 'natural governing party' of Saskatchewan that governed the province for 47 of 63 years between 1944 and 2007 is currently leading or elected in only 11 seats, two fewer than they had at dissolution. With under 30 per cent of the popular vote, the NDP has taken the lowest share of ballots cast in its history, with the exception of the party's first election in 1938 under the CCF banner.

The party was hoping to win the most votes in Regina for the first time since 2007. Instead it stands about seven points back of the Saskatchewan Party, further behind than in 2016. The NDP was hoping for gains in Saskatoon, but instead it could find itself down a leader.

The party was also hoping for signs of progress in rural Saskatchewan and the small cities of Prince Albert and Moose Jaw. Instead, the NDP might lose its one Prince Albert seat and is down three points in Moose Jaw. Its best performance outside of the four biggest cities and the two northern ridings was in The Battlefords, where the NDP took just 28 per cent of the vote and finished nearly 40 points back of the Saskatchewan Party.

It's possible that the narrative from Monday night will shift once all of the mail ballots are finished being counted after Nov. 7.

Just over 61,000 mail ballot applications were received by Elections Saskatchewan. It isn't yet known how many will be returned, but depending on the number these ballots could represent some 10 to 15 per cent of all ballots cast. 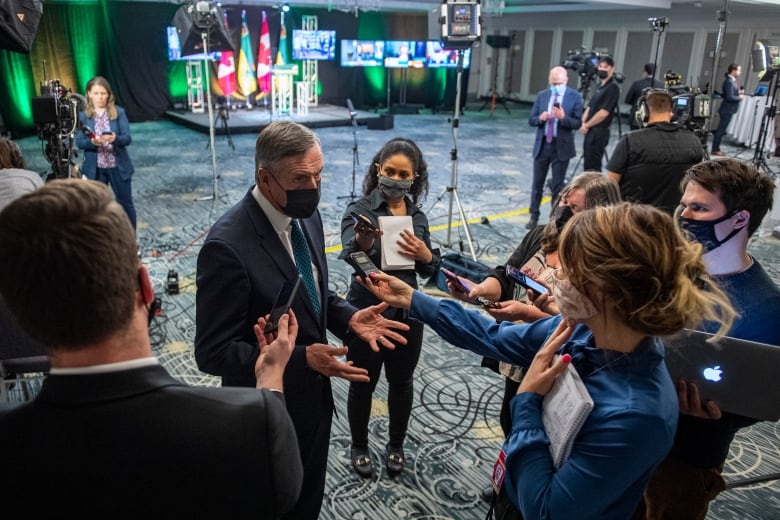 This means that potentially twice as many mail ballots will be cast in the two cities as in the rest of the province, despite Regina and Saskatoon representing only 26 of the province's 61 seats.

The Saskatchewan Party beat the NDP by a margin of about 51 points in advance and election day voting outside the two cities, but in Regina and Saskatoon the margin was about 11 points. If those mail ballots look like those cast in person, then they will boost the NDP's share of the overall popular vote, perhaps enough to get the party above 30 per cent and out of the historical basement.

It's also possible that the mail ballots will be disproportionately New Democratic even in the cities. A mid-campaign poll by the Angus Reid Institute found that 69 per cent of NDP voters expressed concern about voting in person, compared to just 30 per cent of Saskatchewan Party supporters.

Voters flock to incumbents in pandemic

The mail ballots won't rob Moe of his majority government. They might not even diminish the scale of his victory all that much. They could, however, change the outcome in some of the eight ridings the CBC Decision Desk was not able to project a winner on election night. In six of these, the Saskatchewan Party candidate was leading.

Flipping some of these to the NDP could save Meili's job, both as an MLA and leader of the party.

In the worst case scenario for Moe, he could see his party's haul fall to 44 seats and possibly just below 60 per cent of the popular vote — which would still be more seats than the NDP has won in any election in nearly 30 years and more of the vote than the NDP or its CCF predecessor has ever won.

It would also get the results a little closer to the final polls of the campaign, which suggested the NDP had closed the gap to between 18 and 20 points. With nearly all the ballots cast in person counted, the margin stood at 34 points. If it stands, that would be the widest margin of victory in Saskatchewan's history.

It's an achievement, no matter how preordained it might have seemed. Moe is the third premier to be re-elected in the midst of the COVID-19 pandemic, but the scale of his victory easily outpaces those of Blaine Higgs in New Brunswick and John Horgan in British Columbia.

That's because Saskatchewan politics have been changing and becoming more conservative, of which the right-leaning Saskatchewan Party is the chief beneficiary. But it's also another sign of how, in a national emergency, voters appear to be steering to the safe harbour of incumbent governments.

Ferencvaros defender: Ronaldo waved me off when I asked for his shirt. Maybe it's because he didn't score for us
Klopp on firmino: the Team is an orchestra, and Bobby plays 12 instruments in It. He is important to us
Antonio Conte: I Don't think Real Madrid can cry about their losses. It's funny that the media write about their problems with the squad
Lewandowski on the cancellation Of the Golden ball: it's not that important. Such prizes are something extra
Salah can play with Atalanta. He became ill with the coronavirus
Klopp on injured: no News. I have no idea who will play for Atalanta. Why should we give them information?
Barcelona are thinking about signing Garay due to Pique's injury
Source https://www.cbc.ca/news/canada/saskatchewan/grenier-sk-election-results-1.5778114?cmp=rss

Canada has turned back 4,400 asylum seekers in 5 years

Taiwan says is having ‘good interactions’ with Biden team

Taiwan to protect sovereignty with new submarines amid China tensions

No. 23 Ohio State to welcome Illiinois State in opener

Man convicted of a Montreal murder in 1979 dies in penitentiary

RANDALL’S RANT: Colts drag it out trying to run down the clock

Christmas shoppers not giving up on stores despite pandemic: Poll

Letters to The Vancouver Sun, Nov. 24, 2020: COVID doesn’t require a positive test to quantify an effect