As various levels of government become more serious about climate change, there has been heightened interest in incorporating Indigenous knowledge in that effort.

Last year, the federal government passed new environmental assessment legislation, the Impact Assessment Act, which requires Indigenous knowledge to be used alongside scientific information in any decisions about the environment, including natural resource projects.

In a guidance document, the government states that "including Indigenous knowledge in assessment processes needs to be based on a foundation of respect for the worldview of Indigenous peoples."

However, those who have studied these processes say that when companies come calling in the hopes of mining or transporting natural resources on Indigenous lands, consultation becomes more about ticking boxes than actually listening to Indigenous teachings.

Janelle Baker, an assistant professor of anthropology at Alberta's Athabasca University who worked for years as a consultant on the use of traditional lands, said the process is often geared to "identify-specific locations where things happen ... so that a site can be identified, avoided or mitigated, and they want to move on."

In contrast, she said, "you go to a[n Indigenous] community member, and they see things more holistically" and are concerned with cascading and cumulative effects of development on their way of life.

Baker, whose mother and grandmother are Métis, called the consultation process itself "extractive."

When a company comes to hear the perspective of an Indigenous knowledge keeper, "that person shares personal information, teachings — that's a gift that someone is giving these people," she said.

"To me, that knowledge has been extracted to prove [that an Indigenous person has] been consulted, without actually considering what that person has taught or shared."

A different relationship with nature

Last week, the Supreme Court of Canada dismissed a First Nations challenge against the controversial Trans Mountain pipeline expansion project, which would twin an existing 1,150-kilometre pipeline going from Edmonton to coastal B.C. 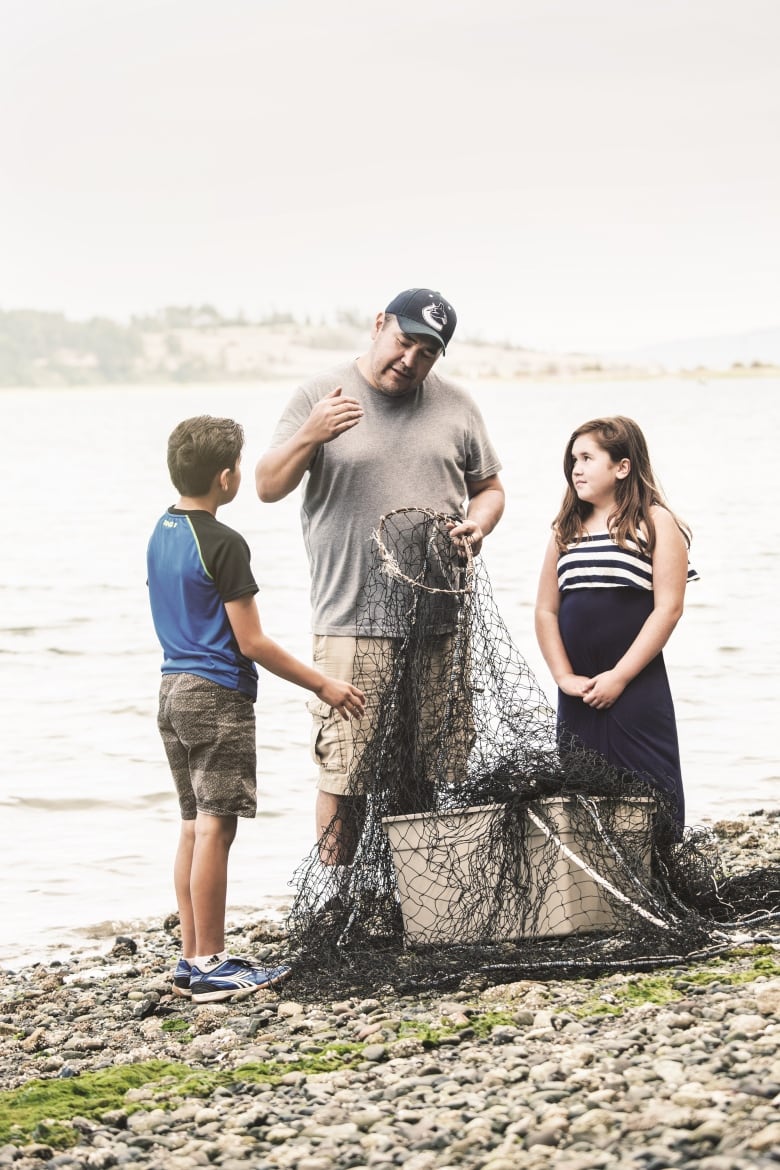 Part of the problem is the process is imposed on Indigenous people and leaves no room for their language, ceremonies or understanding of relations to the land, said Nick Claxton, elected chief of Tsawout First Nation on Vancouver Island, who testified on behalf of his community at the National Energy Board's Trans Mountain pipeline hearings.

Claxton, who is also an assistant professor at the University of Victoria, is a co-author of a paper published earlier this year on the hurdles to properly expanding the role of Indigenous knowledge in environmental assessments.

He said one insight that shaped his appreciation of the natural world was learning from his uncle how his people's language, Sencoten, refers to salmon.

"In our language, they have two names — a common name and a prayer name. Those prayer names are very sacred. When you understand that language, you are actually referring to the salmon as relatives with human spirits," Claxton said.

"That was a key understanding for me to come to, in terms of how to relate to our homeland and territories.... It's a different way of understanding the world.

"If you take that lens, you would have a different perspective on environmental assessment processes."

'A colonial way of thinking'

Baker, of Athabasca University, said one of the things that complicates assessments of resource projects is a historical skepticism of Indigenous knowledge.

"It's a colonial way of thinking that Western science is right and the only way to know things," she said.

To demonstrate how Western science can come up short in understanding the natural environment, Baker cited work she did a few years ago studying traditional knowledge about berry cultivation in Fort McKay, Alta.

Elders had told Baker's working group that the cranberries were better near Moose Lake, a "really sacred, clean area that they really respect." But that puzzled scientists because berries thrive on water, and rain gauges set up there had registered less precipitation than in other areas. 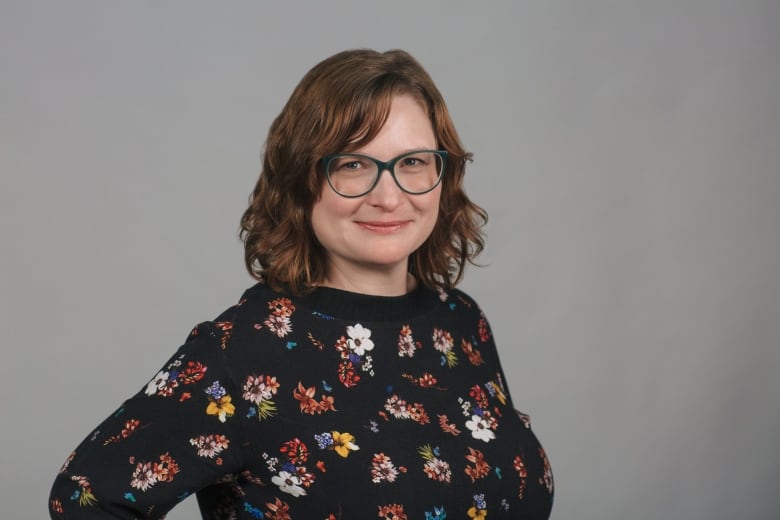 Janelle Baker is an assistant professor and anthropologist at Athabasca University. (Submitted by Janelle Baker)

"It was kind of this mystery," Baker said, until an elder pointed out that the reason the berries were responding so well is due to a mist that comes off the lake. Scientists put up humidity monitors in the area and confirmed the elder was right.

"If we relax and just open our minds a bit, I think there are a lot of times where that [scientific] knowledge can come together ― if we can really hear one another," Baker said.

There are other signs of mutual understanding when it comes to balancing nature and economic activity.

He said that because Dene know the land "intimately and intricately," they're able to provide guidance on how to minimize environmental harm. 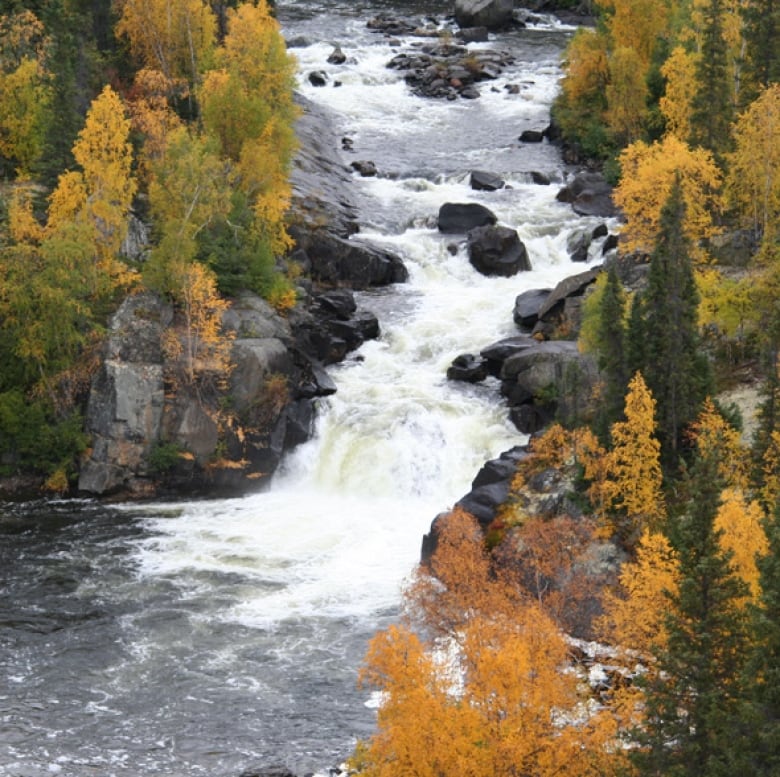 In 2010, Canada and the Lutsel K’e Dene First Nation committed to negotiate a park agreement for the establishment of Thaidene Nëné or 'Land of the Ancestors' National Park Reserve at the eastern end of Great Slave Lake. (Parks Canada)

The group monitors things like caribou migrations and the downstream effects of diamond mining, and Nitah said that he has already seen progress in being able to continue economic activity while safeguarding nature.

"For example, during caribou migration, the guardians are out here informing the mines that the migration is in effect, and the mines ... shut down traffic during that time," he said.

Last month, Nitah and the Lutsel K'e Dene First Nation won a United Nations award for the establishment of Thaidene Nëné or "Land of the Ancestors" National Park Reserve. The Indigenous Protected Area, near Great Slave Lake, spans 26,376 square kilometres of boreal forest and tundra with lakes, rivers and waterfalls.

The Equator Prize, which is handed out every couple of years, celebrates "Indigenous peoples and local community solutions to conservation and sustainable development."

Nitah said that as the world faces the increasing threat of climate change, initiatives like the guardian program can be of benefit to all.

"The world only has 25 per cent of its biodiversity left, and Indigenous people influence or control 82 per cent of that, so that tells me that the Indigenous worldview and its relationship with nature is a solution that all populations of the world can look towards."

You can also subscribe to What on Earth on Apple Podcasts, Google Play or wherever you get your podcasts. You can also listen anytime on CBC Listen.

‘Your time is up’: Thousands protest against Netanyahu over COVID-19 and alleged corruption

69 salmonella cases in the province linked to red onions, BC CDC says

Hill demonstrators appeal to government for reunification with families

Havana back on lockdown as coronavirus rebounds

Pitt DT Twyman opts out to focus on NFL draft

B.C. baby who needs $3M-drug to save her life will be receiving treatment

Thousands in Israel rally outside Netanyahu’s home over corruption allegations

Reports: Sixers’ Simmons to have surgery on left knee

ODDS AND ENDS: Bionic penis and other offbeat offerings

‘Your time is up’: Thousands protest against Netanyahu over economy, corruption allegations

69 cases of salmonella reported in B.C. linked to red onions from the U.S.

Cricket-Woakes and Buttler propel England to unlikely win over Pakistan

Two dead after tornado touched down in Manitoba

Soccer-MLS to resume season on Aug. 12 in home cities amid COVID-19

Vigil tonight in Vancouver for victims of Beirut explosion

Couple aboard motorcycle killed in collision in Boucherville

Harleys everywhere, but masks not so plentiful at South Dakota biker rally

GOLDSTEIN: Common sense says Trudeau was in a conflict of interest