When an advisory committee was tasked with helping to find a new governor general in 2010, it was urged to look closely at each candidate's "judgment and temperament," and to be skeptical of "simple celebrity," a former member says.

Rainer Knopff, professor emeritus of political science at the University of Calgary, said he thinks such a committee —  like the one created then by the Stephen Harper government — should be re-established.

"We took our time doing it thoroughly," Knopff said in an email to CBC News. "We were to prioritize substantially accomplished people, but to be skeptical of simple celebrity."

Knopff's six-member committee was chaired by longtime public servant and secretary to the governor general Sheila-Marie Cook. Other members included Kevin MacLeod, who was Canadian secretary to the Queen, along with historians and political scientists.

Christopher McCreery, private secretary to the lieutenant governor of Nova Scotia and one of the committee members, wrote in the book The Crown and Parliament that the committee was looking for candidates who had an understanding of the system of government, their constitutional duties and a respect for the Crown's position in Canadian society.

Candidates also had to have gained  "considerable experience through a lifetime of achievement" and understand the constraints and opportunities offered by vice-regal service, McCreery wrote. 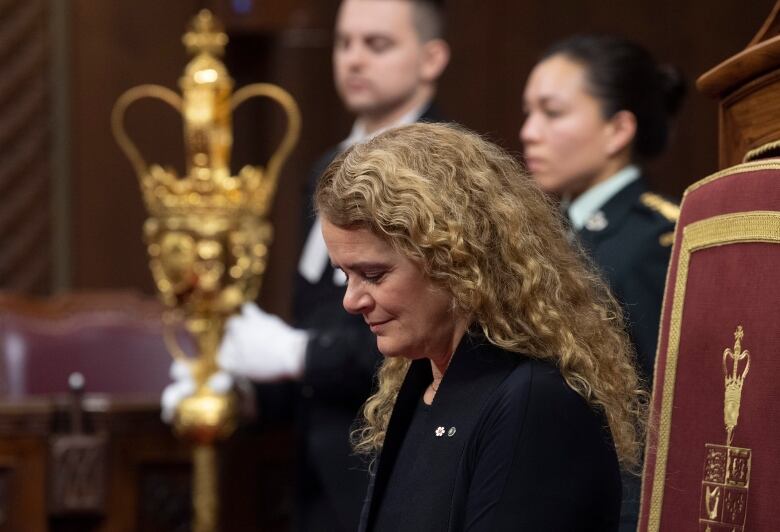 In the end, the committee presented Harper with a three-person short list.

In 2012, Harper made the committee permanent, renaming it the Advisory Committee on Vice-Regal Appointments. It did come up with short lists for lieutenant governors and territorial commissioners, and it was to do the same for the new governor general in 2017.

But Prime Minister Justin Trudeau abandoned the process when it came to choosing Payette.

"Prime Minister Trudeau, because of his vanity, put aside [a] committee created by the Conservatives that did a good job and decided all by himself what is good for Canada," said Conservative House Leader Gerard Deltell

"Well now we see the result."

The Conservatives are now calling on Trudeau to consult opposition parties and reestablish the advisory committee  when choosing the next governor general.

Although potential red flags about Payette's behaviour had been raised by former employers, NDP Leader Jagmeet Singh said Trudeau was more interested in "seeking a flashy headline" than conducting a proper vetting.

"Really it comes down to Justin Trudeau, who is more interested in a flashy announcement as a governor general rather than doing the work of making sure it was the right selection," he said.

On Friday, Trudeau was asked by reporters about his decision not to use a selection committee in 2017.

"We will continue to the look at the best way to the select people for the vice regal appointments," he said. "It is an important role for Canadians and we'll look at how we can improve it."

Meghan on racism in UK royal family, considering suicide and crying due to Kate

Pete McMartin: Pandemic both robs us of time and leaves us with too much of it on our hands

‘I WENT INTO IT NAIVELY’: Meghan says Kate made her cry before wedding to Harry

Meghan opens up on difficulties of royal life, U.K. press in Oprah interview

Meghan says Kate, Prince William’s wife, made her cry before wedding to Harry

Latest in Oprah interview: It's a girl, Meghan and Harry reveal

Paul Morris, the voice of the Gardens for generations of Leafs fans, takes a fond look back

Meghan speaks about marrying into the British royal family

Meghan says was naive before marrying into British royal family

Toronto FC GM does not shoot down Borré rumours

Fire at Rawdon seniors' residence forces 160 from their homes

BRAUN: Nurse tells why she refused to wear mask, COVID test at airport

Michigan State pulls off upset of No. 2 Michigan

Kyle Larson rolls to victory in Las Vegas for Hendrick

Man taken to hospital with stab wounds after assault in Saskatoon

Kawhi Leonard wants to play in Olympics — for Gregg Popovich

ON THE ROCKS: ‘Free-agent’ McDonald happy to take the reins of Nova Scotia squad in bubble Brier

ELDER: The case against reparations, part 2

EDITORIAL: Religion must not be sidelined by unfair restrictions

SURVEY: 22% of Canadian businesses had to pivot during COVID-19

COVID-19: Here’s a list of all the vaccination clinics in B.C.