Suspects caught on camera in West Kelowna break and enter

Crime Stoppers is looking for two suspects wanted in connection with a theft in West Kelowna.

Crime Stoppers said vehicles and storage lockers on Upper Sundance Drive were broken into, and two bikes and ski equipment were taken.

The photo of the suspects shows two masked men wearing hoodies. One of them looks straight at the camera. 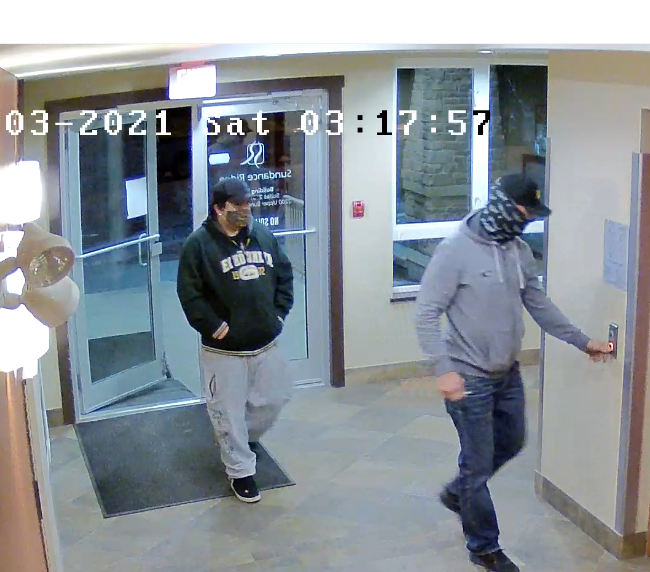 Anyone with information is asked to contact Crime Stoppers or West Kelowna RCMP.