NOTE: This article contains disturbing graphic descriptions. Please read at your own discretion.

A U.S. Thanksgiving hunting trip turned into tragedy over the weekend when an 11-year-old girl was accidentally shot and killed by her father.

Police in East Texas responded to a hunting lease in the city of Hallsville after they received multiple frantic 911 calls Saturday evening.

Her father told officials that he had tried to clear the hammer of his hunting rifle, thinking the gun was unloaded, when his daughter was shot, reports CBS-19.

Police tried to radio for a helicopter, but all flights were grounded due to bad weather.

Instead, Daisy was taken to hospital by ground, where she later succumbed to her injuries.

The sheriff also clarified that the rifle was on the front seat of Travis’s car and Daisy was likely climbing into the car when she was shot.

Travis told authorities he thought he had loaded four cartridges into the gun, and had fired two while hunting from a stand. He expelled another two after hunting, near his car. But when he went to clear the hammer a shot was fired.

“Anytime a young person loses their life, it’s tragic for all involved,” Fletcher stated in the news release. “Our thoughts and prayers go out to the family and friends during this difficult time.”

Police said they are still investigating, but said that they believe the shooting was accidental and have no plans to charge the father at this time.

A GoFundMe for the family describes Daisy as “a joker” who loved the outdoors and tried “to lift everyone’s spirits.” 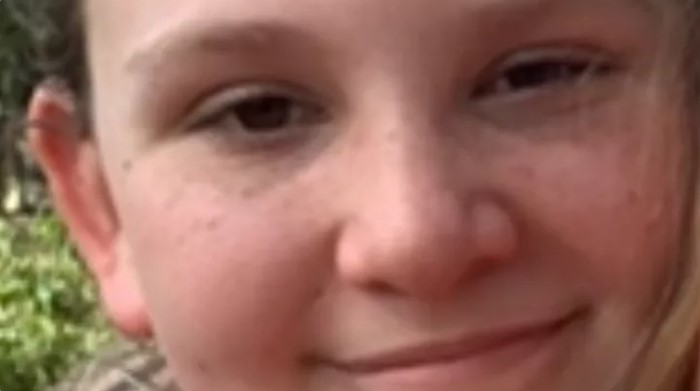 A photo of Daisy George was shared on a GoFundMe page. Screengrab / GoFundMe

Fletcher stressed the importance of gun safety during his press conference, reminding gun owners that they should always treat their guns as loaded, and that hunters should always know their location in case of emergency.

“It’s very unfortunate the way it turned out and I hope we don’t see another (death),” Fletcher said.

Toronto Raptors get boost from rookie Barnes in win over Wizards

Taxi driver gunned down in Oshawa

‘Our city against the killers,’ New York mayor says after policeman killed

Clark Gillies, Islanders great and Hall of Famer, dies at 67

Barker back with Argos as senior advisor

RCMP looking for suspect after two women assaulted in Selkirk

Clippers rally from 24 down to stun 76ers

Some money services reopen in Tonga, drinking water the priority

'They came with a knife': Afghan journalists face attacks and arrests

‘A balancing act’: Local hotel industry asks City of Calgary for relief on taxes and fees

Canadian tourist killed, 2 wounded in shooting at a Mexico resort

Shannon Miller inducted into the 2021 Saskatchewan Sports Hall of Fame