A LEADING US jet fighter manufacturer has said the Irish Air Corps could buy or lease second-hand aircraft from other European air forces which are now adopting the more modern stealth variants.

In a presentation to a defence summit organised by non-profit policy group Slándáil in Dublin this week, JR Wildridge of Lockheed Martin suggested that Ireland could alternatively get new fighters from his company – including the F16 or the cheaper South Korean manufactured FA-50  jet.

Earlier this year the Commission on the Defence Forces set out a series of recommendations around the Irish Air Corps. In the most ambitious set of suggestions it said that Ireland would get 12 fighter jets to police Irish airspace.

In the coming weeks the government is set to announce its implementation plan for the Irish Defence Forces.

In its findings the Commission noted flights of Russian bombers in particular, which have been conducting so-called training missions down the West coast.

This has been declared a significant danger to civilian aircraft, but the Commission found it also causes significant economic disruption as a result of delayed or diverted flights.

To counter this the Commission recommended the immediate development of primary radar. At present Ireland does not have equipment to detect and monitor every aircraft travelling overhead. 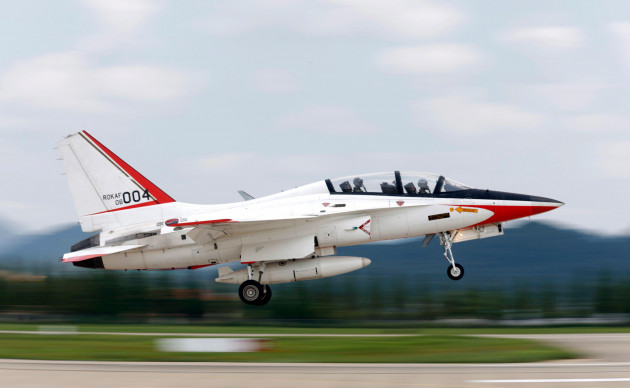 The capability of fighter jets to intercept incoming rogue aircraft was also mentioned in the report. It would be a costly endeavour and take more than a decade to get a squadron to the point of readiness, but this is seen as a critical aspiration.

There is also a recommendation that these fast jets would be in a squadron of up to 12 aircraft.

In his presentation Wildridge made the case for the Irish Air Corps to use the T-50 South Korean aircraft and said this could be done in a cost effective manner.

Wildridge spoke of the first option being the purchase of F-16 fighters, the second was to avail of the cheaper jet trainer FA-50 from South Korea. Both of these aircraft could be purchased from Lockheed, he said.

The third option is to take second hand aircraft from various air forces now moving to the more modern F-35.

“This process of moving these aircraft from one operator to another one is called a third party transfer and it’s going on right now for us to meet the needs other countries with similar needs to Ireland,” he said.

Defence sources believe that if Government are to address the airspace policing shortfall within a decade the most viable option is the “lead in fighter trainer aircraft” – that would be found in the FA-50 Korean built jets.

A security source believes that a squadron of jets could be cheaper than the purchase of a naval vessel.

“T-50 training aircraft or the fully armed FA-50 is €30 million each. Ireland could have a squadron for less than the price of our next naval ship which is costing €300m.

“Any deal would be spread out over a number of years and paid in increments. The current PC-9 must be replaced by 2025 onwards and the T-50 is a leading contender to be the Air Corps next training aircraft.

“It can fly supersonic so it can be used to police Irish skies and respond to airspace violations,” the source explained.

Minister for Defence Simon Coveney is set to present his recommendations arising from the Commission to Cabinet in a matter of weeks.

Speaking in Lebanon last week An Taoiseach Micheál Martin said more work was needed before the implementation was made public. 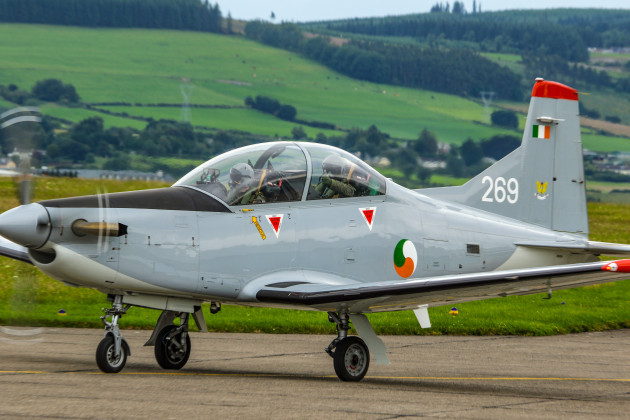 Whether or not fighter jets will be involved in this implementation has not been revealed.

A security source, who has knowledge of the procurement process, told The Journal that Ireland could enter a deal with Lockheed Martin or other providers such as the Swedish Saab or France’s Dassault for a set amount of aircraft.

Sources believe that Irish Air Corps pilots proficient on the PC-9 could be trained as quickly as 12 months on the T-50.