Boris Johnson has denied the UK Government has failed to consult one of its senior legal advisers over plans to unilaterally scrap elements of Brexit’s Northern Ireland Protocol.

Mr Johnson rejected the claim that First Treasury Counsel James Eadie, the British Government’s independent barrister on major legal issues, had not been asked to give a view on the contentious Bill due to be tabled at Westminster.

His remarks came as Taoiseach Michéal Martin warned that unilateral UK action over the protocol would be “deeply damaging” and mark a “historic low point”.

The British Government intends to use domestic law to override aspects of the post-Brexit arrangements governing Irish Sea trade, which were jointly agreed by the UK and EU as part of the Withdrawal Agreement.

Sky News reported that Mr Eadie has not been consulted on whether the legislation would breach international law.

SDLP leader and Foyle MP Colum Eastwood challenged Mr Johnson on the report during Prime Minister’s Questions in the House of Commons.

“I can tell him that the reports that he has seen this morning are not correct,” replied Mr Johnson.

“And what I can also tell him is that the most important commitment that I think everybody in this House has made is to the balance and symmetry of the Belfast/Good Friday Agreement.

“That is our highest legal international priority and that is what we must deliver.”

Downing Street said a “number of legal experts” had been involved in the legislation, which has yet to be finalised. 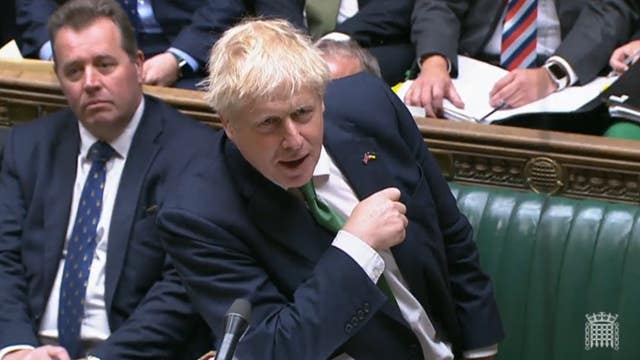 “Obviously the Foreign Secretary has made clear that this is legal in international law and that we will be setting out our legal position in due course,” the Prime Minister’s official spokesman said.

“No final decisions have been made on that. It is an important piece of legislation and we will take the requisite time to get it right.”

The UK is moving without the consent of the EU to change the terms of the protocol to reduce the checks it requires on the movement of goods between Great Britain and Northern Ireland.

The dispute over the protocol has led to a political impasse at Stormont, with the DUP blocking the re-establishment of a devolved executive until major changes are secured to arrangements the party claims have weakened Northern Ireland’s place within the United Kingdom.

Northern Ireland’s 1998 Good Friday/Belfast peace agreement contains provisions to protect and develop relations both on a north/south basis on the island of Ireland and on an east/west basis between the island and Great Britain.

The DUP claims, and the UK Government agrees, that the protocol has upset this “delicate balance” of unionist and nationalist aspirations by undermining the east/west dynamic.

It is unclear whether the UK Government’s plans will be affected by the current leadership travails of Mr Johnson, amid suggestions that some backbench rebels could vote against the Bill.

Addressing a Westminster committee on Wednesday, Northern Ireland Office minister Conor Burns denied the Bill was motivated by a desire to prop up Mr Johnson or appease hardline Brexiteers within the Conservative Party. 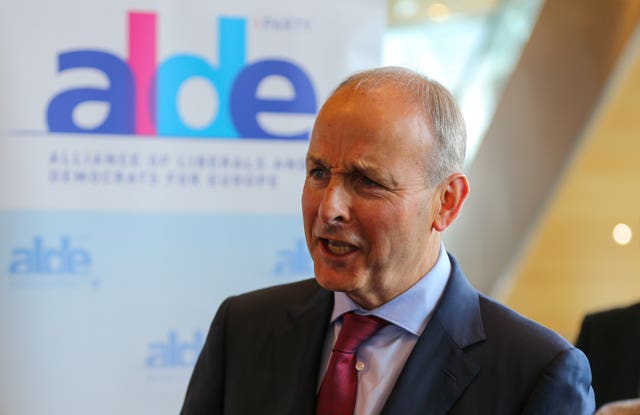 Speaking in the European Parliament in Strasbourg on Wednesday morning, the Taoiseach said the UK Government’s proposed legislation would be “to the benefit of absolutely no-one”.

He also accused London of failing to engage with the EU to reach a negotiated settlement on changing aspects of the protocol’s operation.

“I have said many times that there are solutions to practical problems under the protocol if there is a political will to find them,” he said.

“But that requires partnership. It requires the UK Government to engage with good faith, seriousness, and commitment.

“Unilateral action to set aside a solemn agreement would be deeply damaging.

“It would mark a historic low point, signalling a disregard for essential principles of laws which are the foundation of international relations.

“And it would, quite literally, be to the benefit of absolutely no-one.”