THE THIRD MEETING of the Citizens’ Assembly on Biodiversity Loss will take place today with a visit to three examples of biodiversity management in three different environments in Dublin.

99 randomly selected members who are participating in the assembly’s eight-month programme of work will undertake a field trip to visit Dublin Port, Bull Island off the coast of the city’s northside, and Turvey Nature Reserve near to Donabate in Fingal.

The trip will allow the members to have a first-hand look at biodiversity management and help to inform their recommendations to the Oireachtas on how the State should respond to the loss of biodiversity in Ireland.

“In addition, we are encouraging members to visit farms that are part of the Farming for Nature Network and other sites over the summer months to help them consider how the state should respond to the crisis of Biodiversity Loss,” she said.

The assembly was formed in 2019, when government declared a biodiversity emergency and passed an amendment calling for a citizens’ assembly. It was formed nearly three years later.

Turvey Nature Reserve is a local authority park that is dedicated to enhancing biodiversity, and is one example of how Fingal County Council is attempting to manage the county’s biodiversity resource.

They will also have a discussion on birds and biodiversity with Dr Rebecca Jeffrey and Sinead Delaney of the National Parks and Wildlife Service (NPWS). 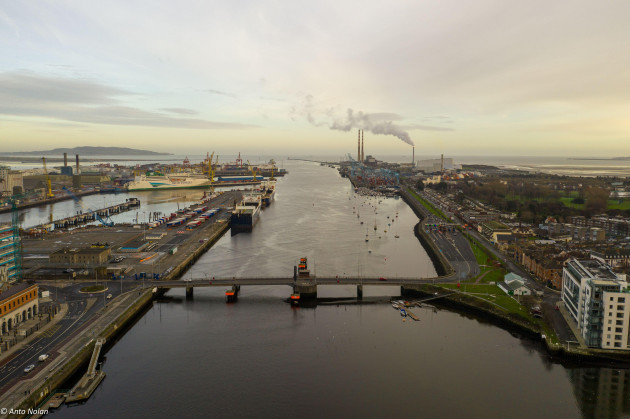 The Citizens' Assembly on biodiversity loss will visit Dublin Port as part of its field trip. Source: Alamy Stock Photo

They will then visit Dublin Port to see what measures are being taken to conserve biodiversity in a highly industrialised environment. They will meet CEO Eamonn O’Reilly, Heritage Officer Lar Joye and engineer Eamon McElroy.

Bull Island is part of Ireland’s NATURA 2000 network of internationally important biodiversity sites. They cover 13% of Ireland and are designated to ensure the long-term conservation of important species and habitats.

During their visit there, members will meet Les Moore, Head of Parks, Biodiversity and Landscape Services at Dublin City Council, along with NPWS Coastal and Monitoring Expert Aoife Delaney, and Dr Rebecca Jeffrey of the NPWS Science and Biodiversity unit.

Biodiversity loss is caused by factors like overexploitation of natural resources, habitat loss, and the climate crisis.

According to the Intergovernmental Panel on Climate Change (IPCC), with every tenth of a degree that global temperatures rise, threats to species and ecosystems in oceans, coastal regions and on land also increase.

Greenhouse gas emissions must be reduced significantly and urgently to thwart putting animals and plant life into unlivable conditions.

Local extinctions caused by the climate crisis are already widespread, and consequences of rising temperatures such as heatwaves, sea-level rise and coral reef bleaching are detrimental to biodiversity.

On top of climate change, other human activities, like overexploiting resources with a lack of respect for the natural environment, are driving biodiversity loss.

After the summer, the assembly will hear from experts, advocates, voluntary groups, interest groups and stakeholders to further inform their decisions on the recommendations that it will make to government.