'It’s an interesting one, we’ve actually never played each other before. This is the first time'

THERE WILL BE divided loyalties in one Templemore household this weekend when Mayo welcome Tipperary to Hastings Insurance MacHale Park in Castlebar.

It’s the opening round in Group A of the TG4 All-Ireland Senior Championship and Mayo’s long-serving star Fiona McHale will find herself up against her partner and Tipperary captain, Maria Curley.

It’s the first time the duo have clashed but they haven’t let that storyline derail the preparations heading into a huge tie later today.

“I suppose we were kind of expecting to get Tipp. We knew going into the Connacht final if we were to lose that game we were going to be in the same group so it wasn’t really a surprise,” said McHale.

“And we’re not reading too much into it or anything like that. There is a bit of banter about it but it’s fine. We both know it’s just a game of football at the end of the day.

“We both go out and do our part and play our best for our respective counties and once the whistle blows at the end of the game, nothing changes for us.

“It’s an interesting one for sure, we’ve actually never played each other before, this is the first time.

“She is a defender and I’m playing in the backs this year as well so you never know, we might come across each other a couple of times here and there, but no we should be far enough away from each other for most of the game.” 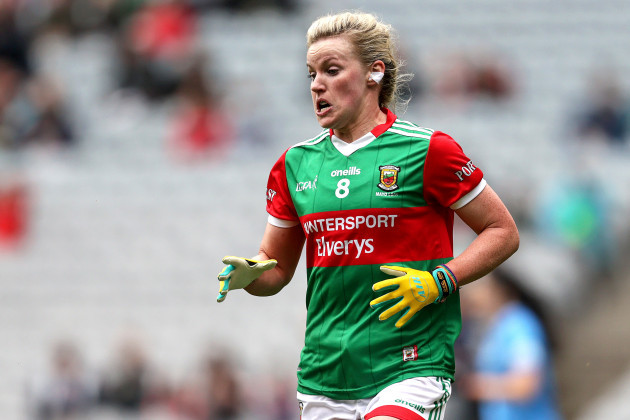 Having made her Mayo debut in 2004, McHale missed the four All-Ireland titles that they achieved in the five years previous. Unfortunately, her county has yet to match those feats although they reached finals in 2007 and 2017.

It’s been a long wait for Mayo, albeit McHale was part of a Carnacon team that dominated the club scene in recent years.

Living in Tipperary now, she still plays for the club but is also involved in the local Templemore setup, where she was a coach of their U-19s last year, alongside her girlfriend, Maria.

“I was doing a little bit of coaching just during the winter there with Templemore U-19 girls,” said McHale.

“That is all the coaching I have really been doing. There’s not really much time to be doing it when you’re playing and you’re travelling up and down the road. But there is a little bit of a window there where there is not much going on and I like to keep my toe dipped in coaching.

It’s not just the five-hour round trip to the Connacht GAA Centre of Excellence in Bekan for Mayo training that McHale has to prioritise on a weekly basis, as the 35-year-old is also in her final year of a PhD at UL.

McHale also teaches in the Limerick College of Further Education but finishing her research in the Post-Primary Active School Flag Programme will be a huge personal accomplishment.

“You wouldn’t last too long in a PhD if you weren’t passionate about the subject you were doing,” said McHale.

“Obviously, I am very into sport and a very competitive person but I would be very passionate about people being physically active. You don’t have to be sporty to be active, particularly for adolescents, because we know (with) teenagers, the older they get the more their activity levels drop. It’s trying to find ways of getting them more active in the school day really.

“I would have done the PhD for four years full-time and then this year I went part-time, I’m aiming to finish it now this summer.

“I’m looking forward to having it done, it will be nice to put a line under it. It’s been challenging but a really enjoyable process at the same time. I’ve learned so much and met so many great people because of it as well.

“I’m at the stage when you get towards the end of the PhD, everybody says you just start to hate it. But I’m actually quite enjoying it now, I’ve got the summer to really focus on it because I’ve been working for the past year.

“I am happy to be getting stuck into it and then just trying to get it over the line towards the end of the summer.”

McHale has plenty of on-field action to keep her mind active in the meantime too and Mayo have lofty ambitions of their own this summer.

They had a fantastic Lidl NFL campaign but came unstuck against eventual champions Meath in the semi-finals. Then in the Connacht final, rivals Galway were too strong. 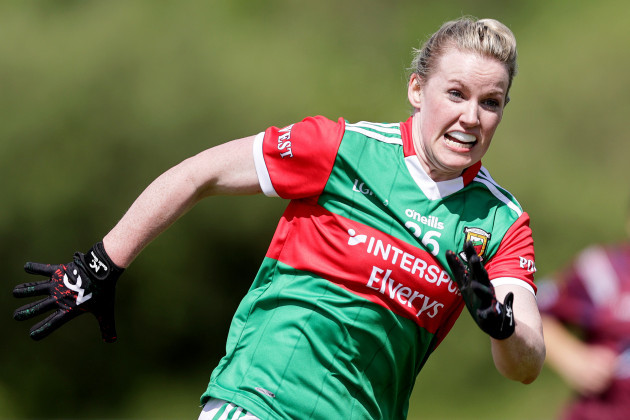 “Losing that, straight away the draw was made and you have that focus then on what your All-Ireland series is going to look like and how the rest of the season is going to pan out for you. You can’t really dwell too much on it or feel sorry for yourself for too long.”

Also in Group A are Cavan and last year’s beaten All-Ireland finalists Dublin. The Dubs got the better of Meath on a couple of occasions recently and Mayo know all too well about Mick Bohan’s side.

“They’ve really impressed me. I think there was a lot of question marks over them last year, Meath beat them and they have had some good battles since that,” said McHale.

“I was super impressed with how they managed the game. Their tackling was excellent and their forward play was excellent as well, they created a lot of depth. They have that firepower as well. They’re going really well.”

But Mayo only have one team to focus on today and although there will be a very familiar face in the opposition colours, McHale will be keeping her head down and focusing on the job at hand.

“Oh yeah, I wouldn’t even worry about that, no. There will be no issue there at all. We will see how the game goes but it will be all good,” said McHale.

“Tipperary have won a lot of silverware over the years, so they know how to win games. And they have always been very competitive at senior level.

“I haven’t played Tipperary in the last number of years, I know Mayo played them a few years ago in one of the league games. But we wouldn’t know each other that well, which in a way it makes for an interesting game.

“You can watch teams all you like on telly but until you actually physically go out on the pitch and play them, you don’t know what to expect.”