MIPO ODUBEKO PROVED the inspiration for the Republic of Ireland as they got this trilogy of qualifiers off to the best possible start on opening night.

Manager Jim Crawford will be hoping it is a blockbuster ending to the campaign, with progress to the Under-21 European Championships for the first time within sight.

Odubeko was the star, the leading man leading the line as would be expected of someone with more experience.

This was only his second appearance in the campaign, his late casting in the role down to a self-enforced absence from the international scene that was partially due to being left out of the Under-17 Euros that took place here in 2019.

The West Ham United striker was born and raised in the shadow of Tallaght Stadium but he took the spotlight on his home debut in the campaign. 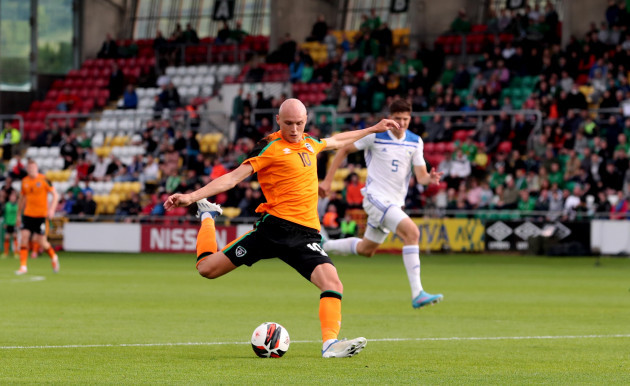 Odubeko’s awareness, slight of touch and clinical finishing was the difference – even if there is some debate about just how much he meant the first piece of deft skill to carve open the Bosnia and Herzegovina defence that led to Will Smallbone’s opener in the 16th minute.

There was absolutely no doubt about his play in the creation of the second after 63 minutes. A superb looped flick on the swivel completely took Bosnia centre back Tarik Muharemovic out of the game.

Ross Tierney was alive to the bit of quality and collected the ball on the run. Rather than stand and admire the extravagance of his earlier vision and execution, Odubeko re-joined the attack by driving forward in support of the former Bohemians winger.

Tierney used the run of his partner and slid the ball invitingly in front, Odubeko obliged and was never going to fluff his line, delivering a precise finish into the bottom corner.

It was by no means a stroll at this stage for Ireland, that second goal coming at a crucial time at the end of 10 minutes of Bosnian pressure. 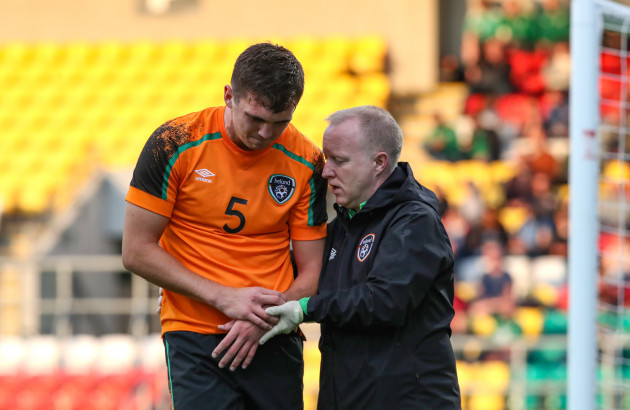 Ivan Basic was central to their threat and on another night could have scored twice in the moments immediately before Odubeko’s clincher.

Basic’s first effort was a glaring miss near the penalty spot, lashing his shot over the bar when his left foot had been previously so assured. He fired another over with similar unease, albeit from further outside the box, and also delivered a pin-point corner on to the head of Muharemovic which Lee O’Connor had to clear off the line.

That crucial moment was right on the hour mark, three minutes later the game was won the points secured because of Odubeko’s impact.

Smallbone, who also starred in the supporting role, wrapped up the night’s work when he cushioned a shot into the roof of the net at the back post with nine minutes remaining.

If his second was about precision, his first was all about the power of the near-post strike which was too hot to handle for Luka Damijanovic. That chance was created by Odubeko with a glancing first-time pass that was completely misjudged by Muharemovic.

The first part of Ireland’s job is complete as they aim to secure at least a play-off spot. 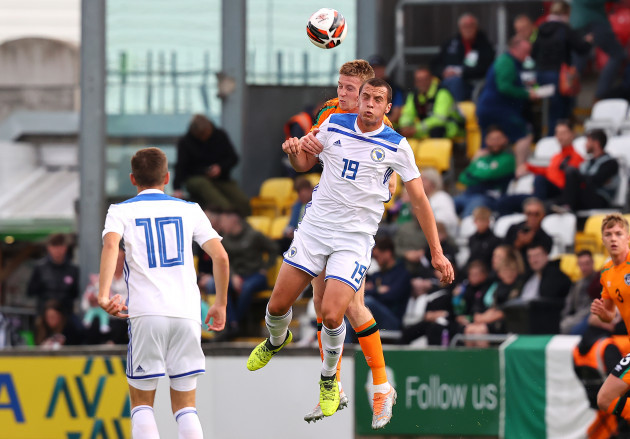 Now just one point adrift of Italy and Sweden, with a game in hand on the latter, Montenegro are up next here on Monday. The stage is set and Ireland’s young stars seem primed.