An Taoiseach Micheál Martin has appealed to Boris Johnson to pull back from acting unilaterally over the Northern Ireland Protocol.

Speaking during a visit to the European Parliament in Strasbourg, Mr Martin said Europe will respond in a “calm and firm” way when the British government publishes legislation over the protocol.

Mr Martin said he would “not get involved” in what was happening in the Conservative Party after Tory MPs voted by 211 to 148 in support of British prime minister Boris Johnson during a no-confidence vote on his leadership on Monday.

It comes amid a stand-off between the UK and the EU over the protocol, an agreement designed to avoid a border on the island of Ireland and which instead created fresh checks on trade between Great Britain and Northern Ireland.

UK foreign secretary Liz Truss has said the UK intends to legislate to override parts of the deal on Northern Ireland, with the details expected to be announced this week. 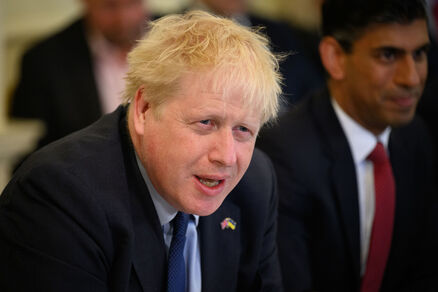 Opposition to that deal has seen the DUP block efforts to restore powersharing in the region.

Mr Martin said: “Europe will respond in a calm and a firm way to whatever decisions are taken by the British government and in relation to whatever legislation is published and enacted.

“I am very clear that unilateralism will not work.

He added: “I don’t want to become involved in any shape or form in what is transpiring in internal British politics; as far as I am concerned, I am dealing with the British PM and I have appealed to him consistently to engage with the European Union.

“I get a sense that people want a bit of stability and I think the first thing we could do collectively, Europe and the UK and Ireland as members of the EU, is to do the sensible and pragmatic thing. Get into negotiations and solve the issues around the protocol.”

Mr Martin was asked about reports that the UK government legislation would empower secretaries of State to override parts of the protocol.

He said: “That would not work.

“That would be deeply damaging because it would represent the violation of international agreements. And it really is very difficult in this day and age to be comprehending that.”