Did an elite cabal of Jews control the US publishing industry in the 1950s and ’60s? The answer (spoiler alert: no) is unlikely to be much of a surprise to discerning readers.

Nor was it a shock to author and academic Josh Lambert, who set out to discover the truth behind allegations that were freely thrown around by major figures in post-war literary circles for his new book: “The Literary Mafia: Jews, Publishing, and Postwar American Literature.”

For Lambert, the director of the Jewish Studies Program at Wellesley College, it was less about the conclusion and more about what he uncovered along the way.

“There’s a sort of large overarching question: What do we do with, or how do we understand, or how should it affect the way we think about the whole field of American literature, that Jews were so influential and successful in the publishing industry?” Lambert told The Times of Israel in a recent phone interview. “That’s the bigger question that I wanted to think about.”

The book’s title was inspired by the antisemitic yet common refrain among certain members of the American literary industry that publishing was controlled by the Jews. Even acclaimed novelists including Jack Kerouac and Truman Capote regularly threw around the phrase “Jewish literary mafia” in their complaints about the industry.

In a 1968 interview with Playboy magazine, Capote resolutely proclaimed that “the Jewish Mafia has systematically frozen [non-Jewish writers] out of the literary scene.” 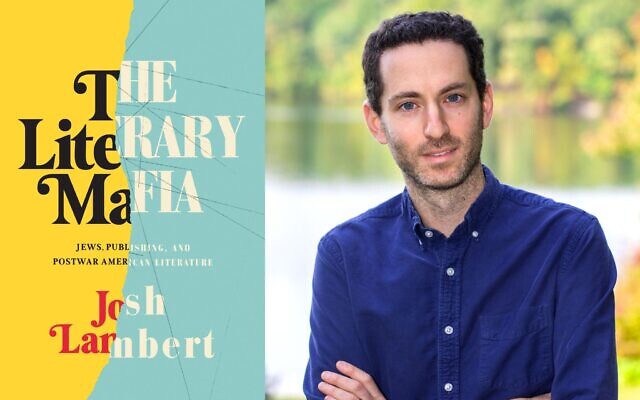 As Lambert explains, such allegations came not long after Jews themselves had been systematically locked out of the industry.

“I kept seeing that sort of phrasing come up, and it was startling to me, and shocking to me [to hear] so little time after there was overt discrimination against Jews in this precise field,” Lambert said.

As soon as the dynamic shifted away from excluding Jews, he said, “people started to say, oh, and now the Jews have too much power.”

In “The Literary Mafia,” Lambert breaks down the ways in which, while Jews were very active and prominent in the American literary scene, they did not act as a unit nor did they promote and publish solely Jewish authors to the exclusion of others. The final chapter is a call to action titled “We Need More Literary Mafias,” seeking to increase racial diversity in the publishing industry — in part by evoking some of the methods that led to Jewish success in the field.

In his heavily researched and academically oriented book, Lambert lays out how many Jewish figures in publishing had very little to do with each other, and possessed and represented strikingly differing literary tastes. “It is irresponsible, racist, and just plain wrong to suppose that one can predict a person’s literary tastes on the basis of their ethnic or religious identity,” he writes.

But he also notes the manner in which Jews in the industry at times undoubtedly aided one another or sought to benefit their co-religionists, giving voice to stories that resonated with them personally and backing authors with whom they felt connected. Lambert also devotes one chapter to detailing “Literary Inheritances and Nepotism.” 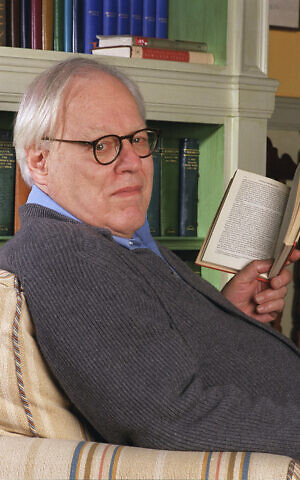 One such overt and amusing example of scholarly nepotism came in the form of married couple Jason and Barbara Epstein, who for a time served as the editorial director of Random House and the editor of The New York Review of Books. While the couple trod carefully to avoid collusion in their overlapping worlds, the same could not be said when it came to their offspring.

When their son, Jacob, was 18, Barbara wrote to the editor of The Times Literary Supplement and asked him to offer him a gap-year job in London, explicitly writing: “as a Jewish mother I’d be very grateful for anything.” (Jacob ultimately published an acclaimed novel, “Wild Oats,” while still in college, and was soon after disgraced following the discovery that portions of it had been plagiarized.)

Of course in a time when parents have gone to prison for their attempts to buy their offspring’s way into college, such a note hardly registers. But for Lambert, coming across Barbara’s letter during his research was the perfect encapsulation of everything he had been searching for.

“It’s too good to be true,” he said. “The idea that she wrote those words is impossible, because it’s too much of the exact thing that I was hoping would be there — which was a sense of how this kind of community worked, and how people asked for favors.”

Any such scholarly exploration of Jews’ role in the publishing industry has long been avoided by most academics and historians, Lambert writes, “falling prey to what the intellectual historian David Hollinger has diagnosed as the ‘booster bigot trap’ that bedevils discussions of minority groups’ influences in areas of mainstream culture.”

But the author — no stranger to such a trap — nevertheless did not allow it to sway his field of research or his writings.

“I’m realizing this is my thing as a scholar, to take an idea that is uncomfortable because we know it’s exploited by antisemites, and to not shy away from talking about it for that reason,” he said.

“My sense is yes, someone who is an antisemite might find anything in the world and use it for their purposes,” he said. “But there’s actually a really important conversation to be had about what Jews achieved and accomplished and have done.”

In 2013, Lambert published “Unclean Lips: Obscenity, Jews, and American Culture,” an exploration of the role Jews in the US played in fighting obscenity laws while also being targeted by them. The author said he was unsurprised when certain white supremacists latched onto his findings to further their own agendas. 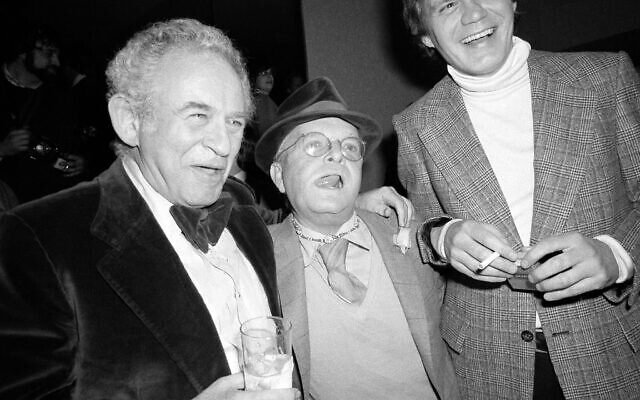 “Before I wrote one word I knew how neo-Nazis on the internet use information about Jews and sexuality, I was aware of it,” he said. “When I did publish that book, [known white supremacist] David Duke tweeted about it. It was highly predictable; I knew it would happen; no, I don’t feel good about it.”

And as he approached work on “The Literary Mafia,” Lambert refused to let such considerations cloud his efforts.

“I think that to avoid that conversation out of what David Duke is going to tweet — it just feels like not a good way to go about doing scholarship.”

Ultimately, as Lambert writes, the story of Jewish success in the US literary world was not one of villains or victims, nor one that is able to be easily categorized.

“This is not a story of Jewish triumph or of Jewish perfidy — it is just a story about American literature in the 20th and 21st centuries, for better and worse.”