Israel’s national airline El Al is recovering from the pandemic and from a months-long work dispute that saw flights canceled on a near-daily basis, according to the carrier’s financial reports published Thursday.

The report for the second fiscal quarter of 2022 said the company had enjoyed three months of open skies reflected in uninterrupted activity — the longest period of consecutive activity since the beginning of the COVID-19 pandemic.

The company reported $516 million in revenue this past quarter, a 132% increase from the revenue reported during the same time last year and 12% more than the figure reported in 2019, before the pandemic hit.

The company also said it made a net profit of $100 million in the last fiscal quarter, compared to a net loss of $57 million at around the same time last year.

The increased demand and higher costs of flights played a role in the company’s financial improvement.

According to The Marker business daily, the prices of flights have increased by 28% in recent months. El Al’s income from passenger flights rose by 227% compared to the same period in 2021, reaching $327 million. This was despite a 120% increase in jet fuel prices.

Last month, the company said it was bringing its Boeing 777-200ER aircraft back into service due “to the high demand for flights in the summer,” after temporarily shutting down the line during the pandemic.

Another important factor that played in El Al’s favor and allowed the company to produce good results was a $117 million tax break it received after selling its subsidiary, the Frequent Flyer Program, to the Phoenix Insurance Company earlier this year. Without the tax break, the company would have finished the quarter with a net loss of $17 million. 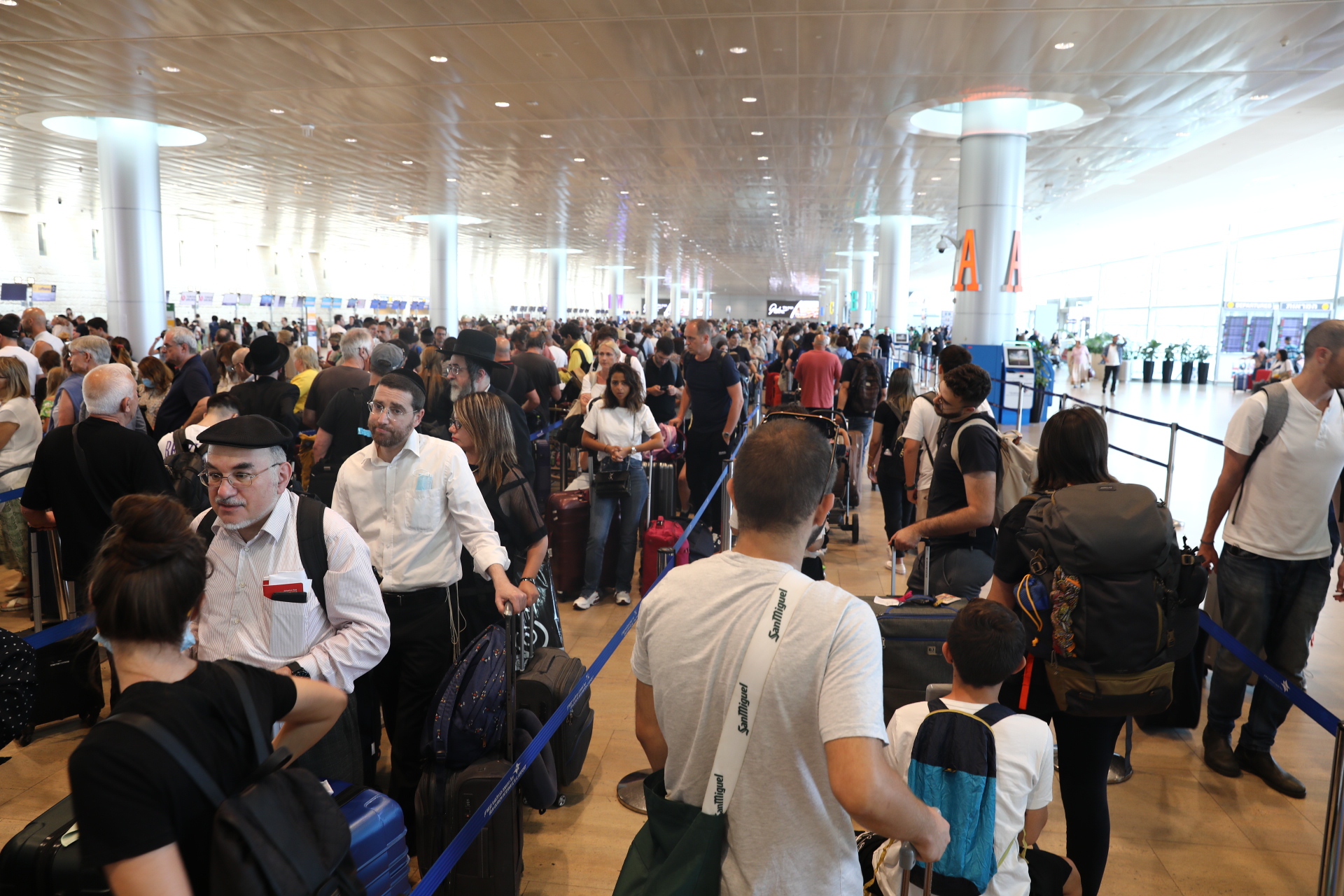 Travelers stand in line to check in at Ben Gurion International Airport, on June 13, 2022. (Yossi Aloni/FLASH90)

Besides fewer travel restrictions and a resulting increase in demand for flights, the company bounced back thanks to an agreement signed with its pilots last month that ended a months-long labor dispute which had seen daily disruptions to flights.

Pilots had been calling in sick, forcing flights to be canceled, on a daily basis during the peak travel season, while they demanded that their paychecks be increased in accordance with a previous agreement signed in 2017.

The company’s stock rose by 12% after the agreement was signed.

“The fruits of our ‘restart plan’ are well reflected in the results of this quarter and allow us to start transitioning from managing our expenses toward managing our growth and business development,” said El Al CEO Dina Ben-Tal, who was appointed chief executive officer in April.