A United Airlines flight from Newark to Tel Aviv was delayed for 24 hours after the pilot reportedly refused to fly to Tel Aviv “because of the security situation,” according to a Channel 12 report Sunday.

The Saturday evening flight was already in the process of boarding passengers onto the plane when a staff member informed those still waiting at the gate that the flight would not depart on schedule.

Initially, the airline staff told customers the delay was due to “crew refusal,” according to video shared on social media.

One passenger, named only as Michal, described the confusion around flight UA84.

Once Michal and her family were on the plane, they were quickly told they needed to disembark.

Curfew? Not what the crew said. pic.twitter.com/KmoMP9p78E

“Airline staff on the plane told us that ground crew knew there was no pilot, and nonetheless they conducted boarding procedures and we couldn’t understand why,” she said.

“When we got off the plane and were back in the waiting area they said that the pilot refused to fly to Israel because of the security situation,” Michal said.

Gil Eyal, another passenger on the grounded flight to Tel Aviv, told Channel 12: “I was waiting for the UA84 flight with my kids… but there was a feeling that something wasn’t okay since boarding began, but was slow.”

“Suddenly, the United representative announced that the flight was canceled. She stressed that the reason was that the crew was refusing to take off,” Eyal said.

Responding to Eyal, United Airlines altered the reason for the delay, claiming that there was no crew refusal, rather the delay was due to a “flight curfew” and “in light of the security situation,” leaving passengers increasingly confused, with no such curfew in place. 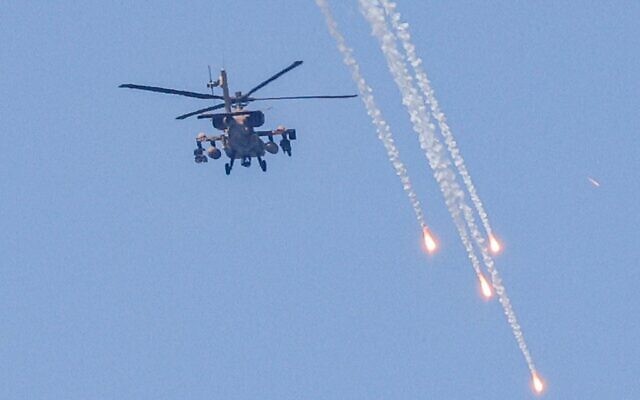 With more than 500 rockets fired from the Gaza Strip since the beginning of Operation Breaking Dawn on Friday afternoon, flight paths to and from Ben Gurion Airport have been altered to ensure commercial airlines could continue to operate safely.

Beyond that, incoming and outgoing flights continue to operate as per usual.

At the time of writing, flight UA82 is scheduled to depart Newark for Tel Aviv later on Sunday.

‘I went to shul more than most of you’: Biden hosts High Holiday reception

Iran says 19 killed in attack on police station; unclear if tied to protests