In a statement issued shortly after Russian President Vladimir Putin signed treaties to incorporate the partially occupied regions of Donetsk, Luhansk, Kherson and Zaporizhzhia into the Russian Federation, Israel’s Foreign Ministry said it would not recognize the move.

“Israel supports the sovereignty and territorial integrity of Ukraine, we won’t recognize the annexation of the four areas by Russia. Israel has repeated this clear position many times, including in recent days,” the ministry’s official statement read.

Other countries also slammed Moscow over the move, which has been derided as illegal and is based on referendums held last week widely condemned as a farce.

The United States announced “severe” new sanctions on Russia in response to what President Joe Biden called Moscow’s “fraudulent” claim to have annexed the areas.

“The United States is imposing swift and severe costs on Russia,” the White House said in a statement. It also announced that G7 allies support imposing “costs” on any country that backs the Kremlin’s attempt to incorporate the Ukrainian regions. 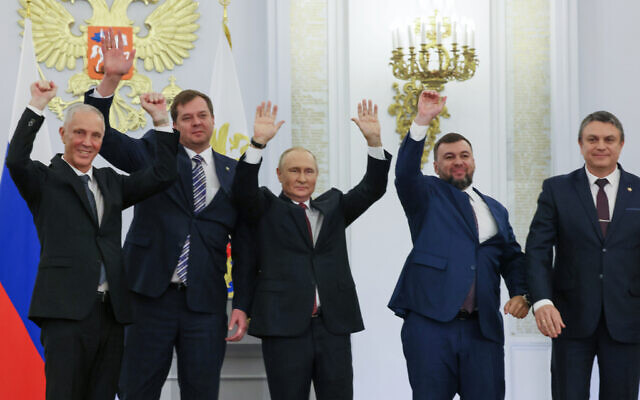 “The United States will always honor Ukraine’s internationally recognized borders. We will continue to support Ukraine’s efforts to regain control of its territory by strengthening its hand militarily and diplomatically, including through the $1.1 billion in additional security assistance the United States announced this week,” he continued.

In a warning to the small number of countries potentially willing to recognize Russia’s self-declared sovereignty over the four invaded regions, the administration said the G7 — Britain, Canada, France, Germany, Italy, Japan and the United States — had agreed to punish any such support.

“We are also issuing a clear warning supported by G7 leaders: We will hold to account any individual, entity, or country that provides political or economic support for Russia’s illegal attempts to change the status of Ukrainian territory,” US Secretary of State Antony Blinken said. 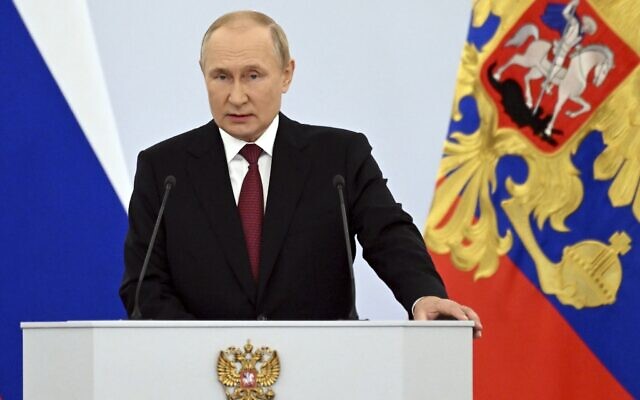 In a separate statement, EU leaders said they would “never recognize” Russia’s illegal annexation and accused the Kremlin of imperiling global security.

“We firmly reject and unequivocally condemn the illegal annexation by Russia of Ukraine’s Donetsk, Luhansk, Zaporizhzhia and Kherson regions,” the 27 leaders said.

“Russia is putting global security at risk,” the EU leaders said, accusing Moscow of “wilfully undermining the rules-based international order and blatantly violating the fundamental rights of Ukraine to independence, sovereignty and territorial integrity, core principles as enshrined in the UN Charter and international law.”

They called on “all states and international organizations to unequivocally reject this illegal annexation.”

“These decisions are null and void and cannot produce any legal effect whatsoever. Crimea, Kherson, Zaporizhzhia, Donetsk and Luhansk are Ukraine,” the EU statement said.

The bloc said it remains committed to supporting Ukraine’s “legitimate right” to regain control of all its territory within its internationally recognized borders.

Putin has warned he could use nuclear weapons to retain control of the territories.

“The nuclear threats made by the Kremlin, the military mobilization, and the strategy of seeking to falsely present Ukraine’s territory as Russia’s and purporting that the war may now be taking place on Russia’s territory will not shake our resolve,” the EU leaders said.

The EU has slapped repeated waves of unprecedented sanctions on Moscow over its war in Ukraine and has spent billions of euros on weapons for Kyiv. 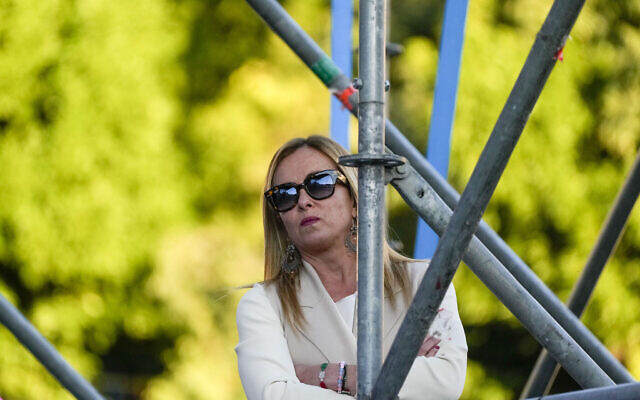 The bloc is currently eyeing a new wave of economic measures against the Kremlin that would target Moscow’s exports worth some $7 billion and seek to impose a price cap on Russian oil.

“We will strengthen our restrictive measures countering Russia’s illegal actions. They will further increase pressure on Russia to end its war of aggression,” the statement said.

“The declaration of annexation to the Russian Federation of four Ukrainian regions following sham referendums held under violent military occupation has no legal or political value,” Meloni said in a statement.

Putin “once again demonstrates his neo-imperialist, Soviet-style vision, which threatens the security of the entire European continent”, she said.

Japanese Prime Minister Fumio Kishida, in a telephone call with Ukrainian President Volodymyr Zelensky, condemned the annexation as illegal and a violation of the country’s sovereignty.

“I told him that the process that Russia called a referendum and its annexation of parts of Ukraine should never be accepted and that I strongly condemn them,” Kishida said afterward.

Kishida said he also reassured Zelensky in their 30-minute conversation that Japan is committed to working with other G7 nations and the broader international community in further supporting Ukraine, and plans to impose more sanctions against Russia. 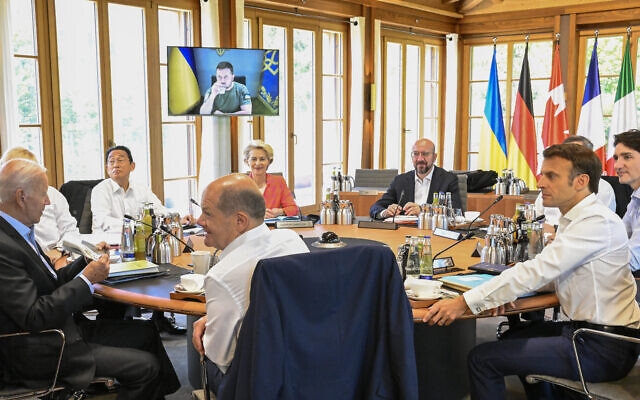 “This further violation by Russia of the rules of coexistence between nations confirms the need for unity by Western democracies.”

In 2014, Putin annexed another region, Crimea, where Russian troops faced almost no opposition from the then badly organized Ukrainian military.

This February, he launched a full-scale invasion of eastern, southern and northern Ukraine in a bid to topple the pro-Western government, but the revamped Ukrainian military has since partly repelled the invaders and continues to push Russian lines back.

Report: Netanyahu prosecutor weighed quitting due to harassment, but stays for now

Report: Netanyahu prosecutor weighed quitting due to harassment, but staying for now

After Zelensky invitation, Kyiv has not talked to Israel about new food program

After stock crash, Talkspace in talks for acquisition at $200m valuation

Ben Gvir: Security forces should be able to shoot anyone holding stones or firebombs

Motorcyclist dies in collision with car near Herzliya

Leadership at its finest in Reichman University - Sponsored Content

Train services resume after hours-long glitch, no indication of cyberattack

‘Open up’: Anger against COVID lockdowns erupts across China, fueled by deadly fire