The military on Monday began rolling back security measures put in place during several days of fighting with Palestinian Islamic Jihad, as a ceasefire between Israel and the Gaza-based terror group held.

The Egyptian-mediated deal, which went into effect at 11:30 p.m. Sunday, ended a three-day conflict that began Friday with Israeli strikes that killed a top PIJ commander. Palestinian terrorists subsequently fired around 1,100 rockets toward Israeli territory, while the Israel Defense Forces pummeled Islamic Jihad targets and killed another of the Iran-backed organization’s top military leaders in Gaza.

In a statement Monday morning, the IDF announced the gradual rollback of safety precautions, including the reopening of roads near the Gaza border. Roads in the area were first shuttered last week after Israel arrested PIJ’s West Bank leader, prompting threats of retaliation by the terror group that helped precipitate the weekend’s fighting.

The IDF said residents of communities in the so-called “Gaza envelope” area no longer needed to remain near a bomb shelter, and regular train service between the southern cities of Ashkelon and Sderot was due to resume at noon.

“The removal of restrictions will continue gradually over the coming hours, in accordance with an assessment of the situation,” the military statement said.

Also Monday, the military liaison to the Palestinians announced that crossings between Israel and Gaza would reopen for humanitarian purposes after a security assessment. 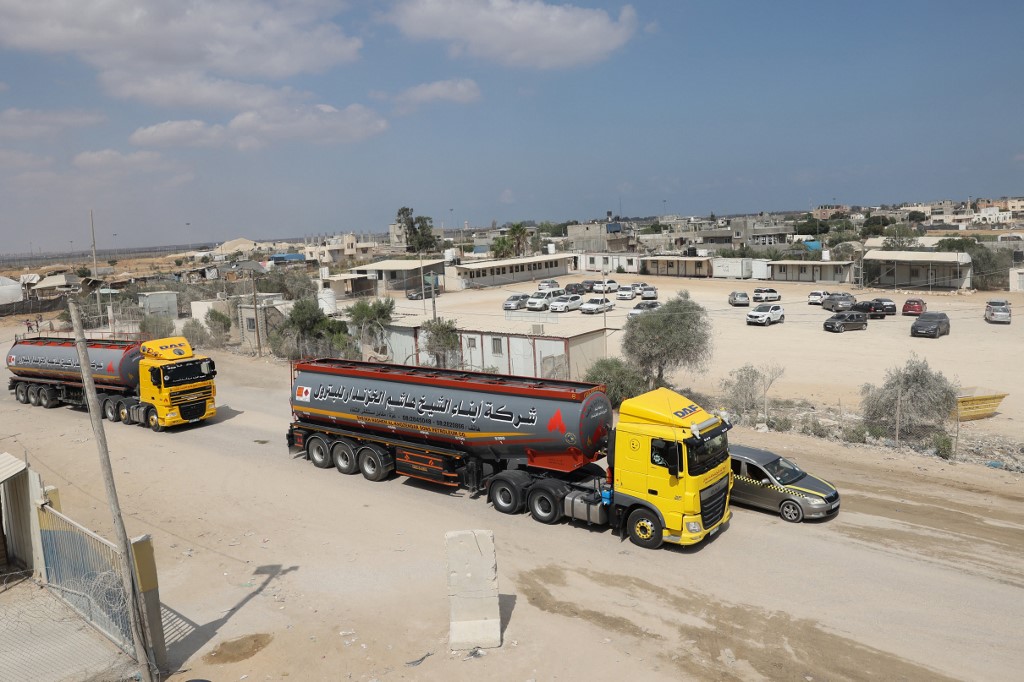 A fuel truck enters the Gaza Strip through the Kerem Shalom crossing with Israel on August 8, 2022 (SAID KHATIB / AFP)

The Defense Ministry body, widely known by its acronym COGAT, said a meeting to consider a full reopening of the crossings will be held if calm is maintained in the south.

The Erez terminal between Israel and Gaza, which serves as the sole pedestrian crossing for Palestinians in the coastal enclave, was struck Sunday by mortars launched from Gaza, according to the Defense Ministry. 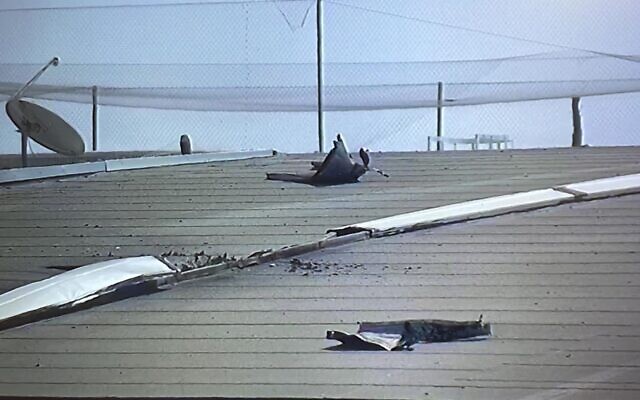 Damage is caused to the roof of the Erez Crossing near the border with the Gaza Strip, August 7, 2022. (Defense Ministry)

The ministry said the terminal roof was damaged as a result of a fire and shrapnel fell into the entrance hall. No one was injured as the crossing — which is usually used by thousands of Palestinians to enter Israel each day for work — was shuttered last week amid the threat of a Palestinian Islamic Jihad attack on the border and remained closed amid the fighting.

According to the IDF, Palestinian terrorists fired over 1,100 rockets toward Israel during the fighting, around 380 of which were intercepted by the Iron Dome missile defense system, with a success rate of 95-97 percent. The military estimated that around 200 projectiles failed to clear the border and landed inside the Strip. 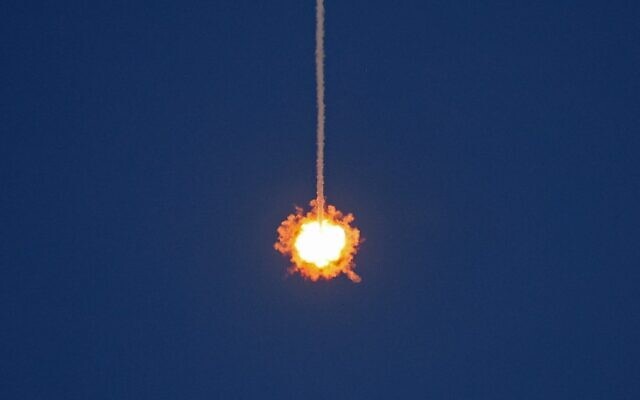 In a briefing to reporters, an IDF spokesperson said the military believes 51 people were killed in Gaza during the fighting, 24 of them terrorists from Islamic Jihad.

According to the military, 16 people uninvolved in the hostilities were killed by Gazan rockets that fell short.

A further 11 people were killed who were not affiliated with terror groups, meaning that a total of 27 Gazan civilians — including a number of children — were killed in the fighting. 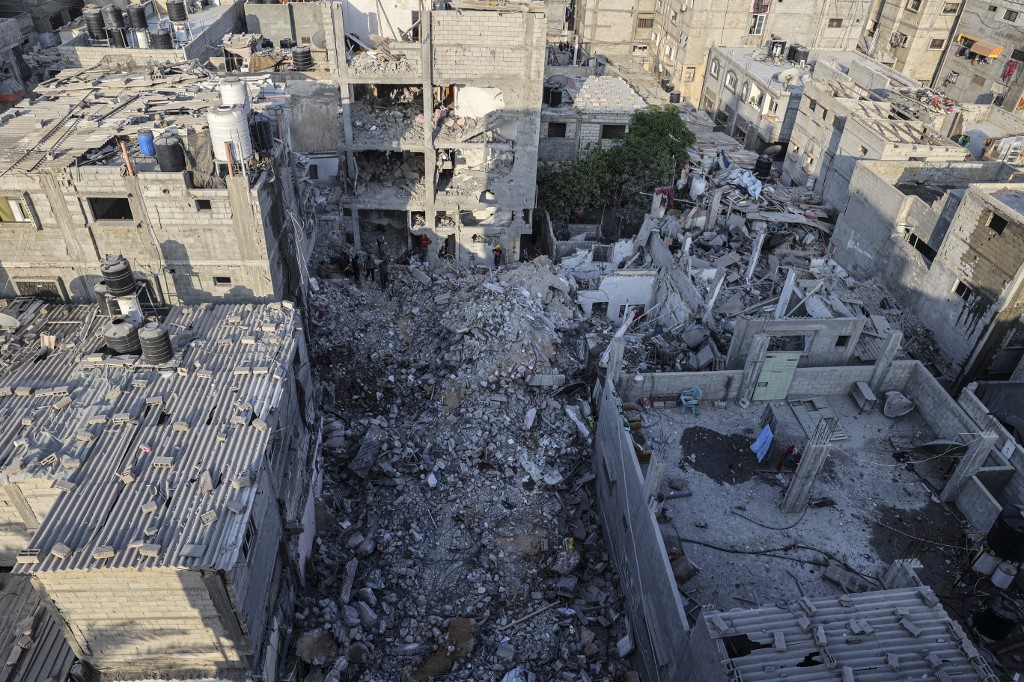 Palestinians search through the rubble of a building in which Khaled Mansour, a top Islamic Jihad terror commander died in the southern Gaza strip, on August 7, 2022. (SAID KHATIB / AFP)

The Gaza Health Ministry, run by Hamas, said that at least 44 Palestinians had been killed, including 15 children, and 360 people had been wounded since Friday.

Several Israelis were lightly injured by shrapnel during the fighting, or by while running for shelter when the rocket sirens sounded.

Millions were forced to shelter from barrages of rockets fired from Gaza, some of which reached as far as Tel Aviv and towns around Jerusalem.

Thousands in France march in support of Iranian women