JTA — Voters in San Francisco have recalled Chesa Boudin, the local district attorney who sought to change policing in that city and came to represent one extreme of a polarizing debate over criminal justice in America.

Boudin was elected in 2019 after vowing to reform the way San Francisco handled crime, with a goal of increasing equity in prosecution and keeping non-violent offenders out of prison whenever possible.

His outlook was informed by his experience as the child of Jewish radicals who spent decades in prison for their role in a 1981 robbery that left three people dead.

Visiting his mother, including for prison Passover seders, showed him that many people behind bars should not be, he told J. the Jewish News of Northern California, in 2019.

“When is punishment more about our longing for vengeance and less about rehabilitation? What does meaningful accountability look like? What does freedom from oppression really mean?” he wrote in a J. essay in April, as the recall effort was well underway.

“These are questions my mother and I wrestled with, as many Jewish families do around the seder table — but for us, the questions were not abstract but deeply personal.” 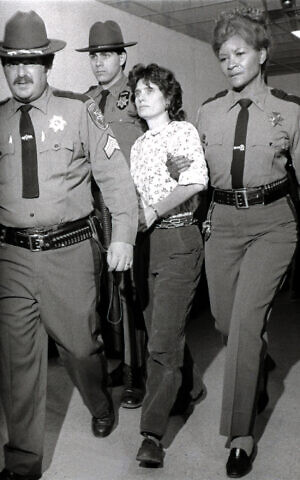 In the less than two years that he held office, Boudin made multiple changes including abolishing cash bail, a practice that keeps low-income people charged with nonviolent crimes incarcerated when people of means charged with similar crimes await trial from home; creating a commission to identify and overturn wrongful convictions reached under his predecessors; and launching programs to help youthful offenders and people charged with using drugs rather than sending them to prison.

Those efforts made Boudin a standard-bearer for liberals who believe that criminal justice in the United States unfairly penalizes low-income people and people of color who are charged with relatively minor crimes. Conservatives, on the other hand, accused Boudin of being soft on crime.

Increasingly, many in San Francisco who likely do not see themselves as political conservatives grew dissatisfied with the city under Boudin’s leadership. His critics pointed to high rates of property crime and the prevalence of people who are homeless or drug users as evidence that the city was growing less safe. A rash of hate crimes against Asians furthered that view, as did a high-profile incident in which a man who had recently been arrested multiple times killed pedestrians when, drunk at the wheel, he drove onto a sidewalk.

Exactly what happened to crime in San Francisco — and in the other cities where perceptions of a crime wave are shaping public policy and voter behavior — in the last two years is not totally clear. But what’s certain is that reports of crime in the city fell during Boudin’s tenure. Violent crime decreased, while property crimes and “nuisance” offenses such as panhandling remained steady. The city, which is home to the some of the widest income inequality in the country, has long posted higher-than-average rates of such crimes.

Still, on Tuesday, San Franciscans voted decisively to remove him from office, with nearly 60% of voters supporting the recall. Coupled with the surprising success of a tough-on-crime, formerly Republican mayoral candidate in Los Angeles Tuesday, Boudin’s recall is widely understood as a worrying sign for Democrats nationally.

The wave of progressive prosecutors that included Boudin also includes at least one other attorney who says he is informed by Jewish values.

Eli Savit, who calls himself “a bona fide American Jew,” was elected country prosecutor in Michigan’s Washtenaw County in 2020. He, too, has eliminated cash bail and ceased prosecuting some crimes, including consensual sex work; like Boudin, he had never prosecuted a single case prior to being elected.