A member of opposition leader Benjamin Netanyahu’s Likud party clashed on air Saturday with Ra’am party leader Mansour Abbas, repeating Likud’s claim that the Islamist party supports terror, while the Arab leader shot back that Netanyahu had courted him for his own coalition-building efforts last year.

The back-and-forth between Abbas and Israel Katz, the former finance and transportation minister, came as the government faces a deepening crisis since losing its parliamentary majority in April. Netanyahu and his right-religious opposition bloc have been pushing for the disparate coalition’s collapse since it was formed last June, toppling him after 12 consecutive years as premier.

In an appearance on Channel 12, Katz decried the government’s reliance on Ra’am, members of which he denounced as “terror supporters.”

“Mansour Abbas is a man of the Muslim Brotherhood… the principles he supports are exactly like those of Hamas,” Katz claimed.

Ra’am represents the Southern Branch of Israel’s Islamic Movement, considered a moderate movement, as opposed to the more extremist Northern Branch. Abbas has on multiple occasions strongly condemned terrorism and has also said Israel has been and will remain a Jewish state.

Pressed on why Netanyahu held talks with Abbas last year as he scrambled to keep his post after Likud and its partners again came short of a majority in general elections, Katz denied he was ever presented with a proposal to form a government with Ra’am.

Abbas, who was in the TV studio to be interviewed after the Likud MK, said he and Katz held talks several times when the latter was finance minister.

“Israel Katz is trying to deny that we held negotiations for months,” Abbas said. 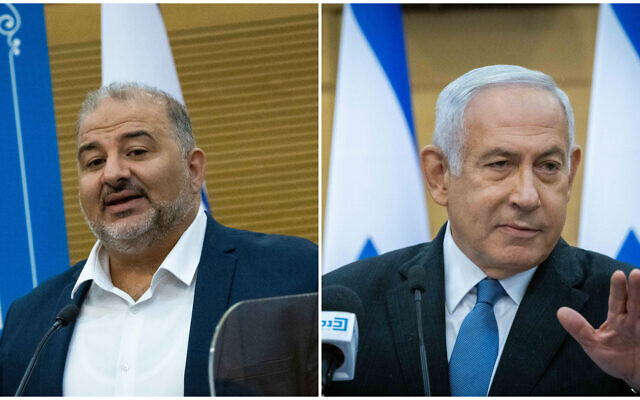 He also said Ra’am was “doing everything” to shore up the shaky government, after one of its lawmakers and a member of the coalition’s left-wing Meretz party helped defeat a bill to renew the application of Israeli law to West Bank settlers.

“If we don’t succeed, we need to return to the people and say, ‘We are returning the mandate to you’ and choose who you want to lead the country,” he said.

Abbas added that he was “optimistic” about the government’s chances to carry on, while acknowledging that “we have a lot of problems” in the politically disparate coalition.

Earlier Saturday, Abbas said he would not rule out sitting in a future government with Netanyahu. Speaking at a cultural event in Baqa al-Gharbiya, he added that he would be willing to join a coalition with far-right MKs Bezalel Smotrich and Itamar Ben Gvir, as long as they did not reject him. 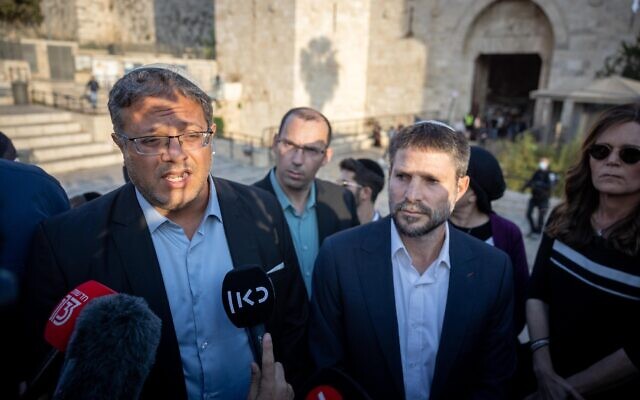 The pair’s refusal to join a government propped up by Ra’am is believed to have been the deciding factor that blocked Netanyahu from forming a government with Abbas after the elections last March, leading to the emergence of the current ruling coalition.

According to three polls released this week, Netanyahu’s bloc would win 60 of the Knesset’s 120 seats if new elections were held today, requiring the support or abstention of at least one other lawmaker to swear in a government.