Opposition leader Benjamin Netanyahu filed a motion in the Jerusalem District Court on Thursday to dismiss the charges against him in Case 4000, claiming that the investigation into the corruption affair was severely flawed.

On Wednesday, former Bezeq and Walla owner Shaul Elovitch and his wife Iris, who are co-defendants with Netanyahu in Case 4000, filed a similar motion based on the same claims.

Their request argued that numerous aspects of the investigation were conducted improperly, particularly the manner in which state witnesses were recruited, according to Hebrew media reports.

Key state witness Nir Hefetz, a former close associate of Netanyahu, testified in court that he was subjected to sleep and food deprivation and subjected to other forms of physical and emotional pressure by the police while in detention, as investigators were attempting to have him testify against the-then prime minister.

As a result of these and other flaws in the investigation, the Elovitch couple argued, the charges against them should be dropped.

Netanyahu’s attorney Boaz Ben Tzur cited the Elovitches’ request in his letter to the Jerusalem District Court, saying that the former premier wished to add himself to this motion. 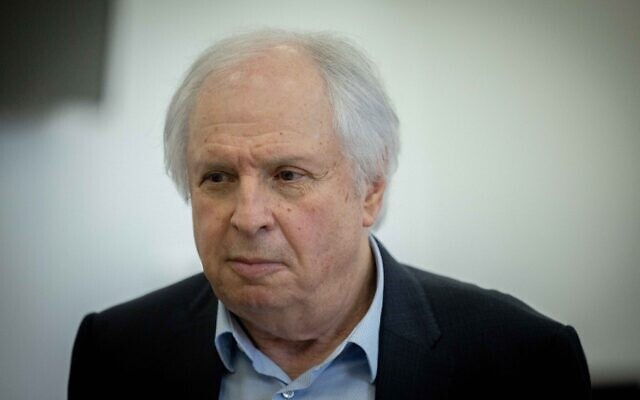 Israeli businessman Shaul Elovitch arrives for a hearing in the trial against former prime minister Benjamin Netanyahu at the District Court in Jerusalem, May 2, 2022. (Yonatan Sindel/Flash90)

Ben Tzur added that before the court deliberates on the motion it should hear from “relevant police investigators.”

Case 4000 is the most serious of the three corruption cases against the former prime minister.

Netanyahu is alleged to have advanced regulatory decisions as communications minister and prime minister that immensely benefited Elovitch, who was also the controlling shareholder in Bezeq, the country’s largest telecommunications firm, despite opposition from Communication Ministry officials.

In exchange, he allegedly was given what amounted to editorial control over Elovitch’s Walla news site.