Planting forests in drylands all over the world is unlikely to help in the fight against global warming and climate change, according to Israeli research that cast a question mark over massive tree planting projects being undertaken by countries such as China.

Trees absorb carbon dioxide when they photosynthesize to make food (sugars), and by removing the gas from the atmosphere, they contribute to atmospheric cooling. They also cool the climate by increasing evaporation (in much the same way as animals sweat to cool down) and contributing to cloud formation.

But they can also create heat because of a phenomenon called the albedo effect.

The albedo effect is one reason why the poles are heating up so quickly — high-albedo snow and ice are being replaced by low-albedo (dark-colored) water and exposed tundra.

While research has been carried out on the albedo effect of boreal forests (also known as taiga), whose birch, poplar and conifer trees wrap around the northern hemisphere south of the Arctic, the new research by the Weizmann Institute and the Technion — Israel Institute of Technology, published in the latest issue of Science, focuses on drylands, which cover 40 percent of the earth’s surface. 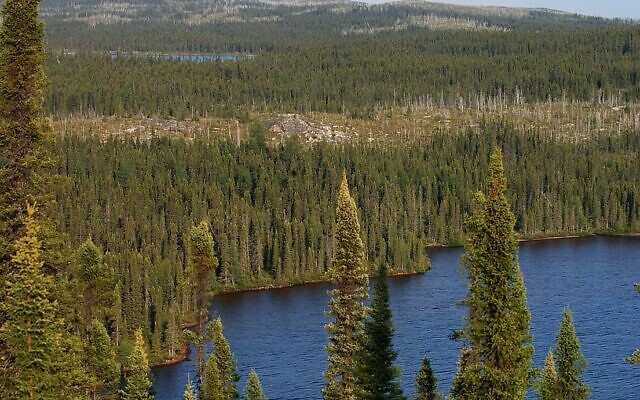 The scientists, among them the Weizmann Institute’s Prof. Dan Yakir, a veteran researcher at the planted Yatir Forest in southern Israel, used high-resolution spatial analysis and identified 448 million hectares of drylands (just 6% of all drylands) in semiarid areas worldwide that were not previously forested and could be suitable for afforestation. (The remaining drylands were unsuitable for many reasons — for example, they formed parts of cities, or were under agricultural cultivation).

To make their research accessible to the broader public, they translated the albedo warming into the amount of carbon emissions that would cause the same warming. They estimated that the tree cover would absorb 32.3 gigatonnes of carbon over the period. But the heat resulting from the albedo effect would reduce this to a net equivalent cooling of just 9.7 gigatonnes.

This is equivalent to only around 1% of projected carbon emissions predicted by scientists if humanity continues to pump global warming gases into the atmosphere as it is doing at present. 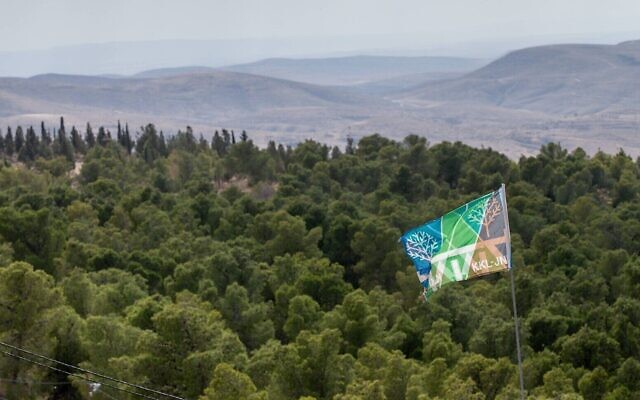 Projects aimed at reforesting or newly foresting (afforesting) more than 500 million hectares of dryland are currently ongoing all over the world. In some cases, the study found, afforestation would do more harm than good.

When the researchers examined initiatives in northern China (the country is aiming to plant 70 billion trees countrywide by 2030), the Sahel region of Africa and the northern Middle East, they found that an estimated 25%, 44%, and 40%, respectively, of the potential forestation lands would still have net climatic warming effects after 80 years.

“In some dryland regions, the albedo warming effect of afforestation may strongly outweigh the cooling effect of carbon sequestration owing to the change from bright desert land to darker dense forest cover,” the Science article said.

To help decision-makers understand where forests might best be located, the researchers produced an interactive digital map. Red and orange dots signify areas where the warming effect of albedo is likely to outweigh the cooling effect of trees. Blue and green dots suggest the opposite.

The researchers concluded that the priority in the battle to slow climate change should be to massively reduce global warming gas emissions.

They also emphasized that climate was one of many considerations taken into account in forestry planning, saying, “if carefully planned and implemented,” afforestation could provide local benefits, such as soil erosion prevention (tree roots hold the soil together), recreation, local evaporative cooling and possibly increased rainfall. But they also warned of the potential of afforestation to eliminate rare species that depend on non-forested drylands.