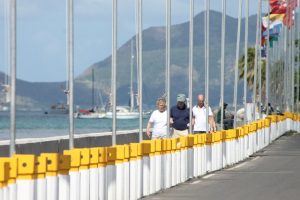 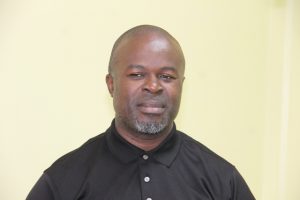 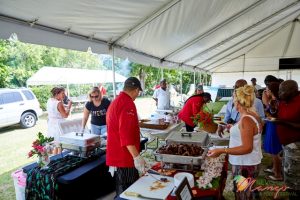 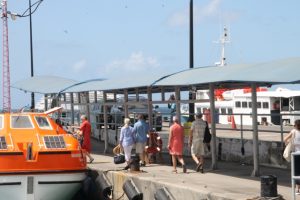 CHARLESTOWN, Nevis – For the first quarter of 2018, the tourism industry on Nevis performed better than the corresponding period in 2018. The Nevis Tourism (NTA) raked in more than EC$1 million from the 2 percent tax collected through the tourism levy.

Greg Phillip, chief executive officer at the authority made the disclosure when he spoke to the Department of Information June 1. “It’s very good news for us because based on what we can see thus far for the year, we have collected just under EC$1.5 million,” he said. “That is 2 percent of what is actually spent up until the end of April. For us, that basically is an indication that tourism is doing very well from the beginning of this year on the island of Nevis. That figure is actually a 17 percent increase over what we collected last year at this time. It is a good way for us to gauge the performance of tourism in Nevis for the year 2018 thus far.”

The tourism levy is a 2 percent tax implemented by the NIA on services paid within the tourism industry including accommodation and meals in restaurants.

Phillip is hopeful that the strong performance will continue through the summer months because of the major efforts from all sectors of the industry. “We are hoping that this summer is going to be better than last year,” he said. “We are certainly putting in a big effort to make sure that is going to be the case. We know that many of our hotels are putting in an effort. The [Nevis] Tourism Authority, I can tell you for certain, has been working diligently this year to ensure that we have a very, very good summer.”

The NTA official added that the NTA began building the necessary relationships earlier in the year to ensure bumper summer sales including heavily promoting its summer activities. “The Nevis Mango and Food Festival is really gearing up to be the best one ever,” he added. “It’s the fifth year, so we are hoping that the things we put in place would be enough to really make it an epic event this year. That is the plan we have. We have very, very good responses from overseas individuals who are interested in traveling to Nevis for the Nevis Mango and Food Festival and also all important, the media.”

The CEO indicated that among members of the international media who are food focused, Rachael Ray Every Day Magazine, Forbes Magazine, AFAR Magazine and Chief Magazine have indicated their intentions to cover the July 5-8 festival. Phillip stated that Nevis being featured or mentioned in the international press continues to increase awareness and attract visitors to the island. “Last year, Nevis, as an island destination, was mentioned or was a full feature of 150 publications internationally,” he said. “This year, we are already on pace to far surpass that based on new strategies we have implemented for public relations.

“After the first four months of the year, we have already appeared in almost 60 different publications internationally and that’s really from the effort we have been making to ensure that we build the awareness of Nevis,” he said.

Avangard congratulated Zenit with the title: it's Time to match and take the Gagarin Cup
Coach of Orenburg Pro 0:1 with Rubin: Morally devastated, could have drawn
Kike Setien: Griezmann played a great match, understood Messi well, scored a great goal. We changed something
Barca President on the Real Madrid match: VAR always favours one team. I have an unpleasant feeling
Faty scored the 9,000 th goal in the history of Barcelona
Griezmann scored in La Liga for the first time since February with a pass from Messi
Suarez came out on the 3rd place in the list of the best Barca Goalscorers in history
Source http://www.thestkittsnevisobserver.com/local-news/tourism-rakes-in-more-than-ec1m-in-first-quarter-of-2018/

No official word from Police on Noble Jewelers heist

New case of COVID-19 reported in St. Kitts and Nevis

Security Forces Commended for Atmosphere of Peace in St Kitts-Nevis

Government of St. Kitts-Nevis Continues to Place People at the Forefront of Development

Regularisation of STEP workers to be undertaken on a phased basis, says PM Harris

The Elimination of Single-Use Plastics: Our Dream and our Greatest Challenge

CSEAS Setting the Pace for Recycling Of Plastic Bottles

Medicinal Cannabis Authority (MCA) To Be Created In St. Kitts and Nevis

Netball Icon Heartbroken Over Current State of Sport on the Island

Plastic Pollution Can Greatly Destroy The Marine Biodiversity Of St. Kitts And Nevis

785 Workers In The Manufacturing Sector Return To Work; More To Return Shortly

The Most Promising Startups In The Caribbean

PWD advises of road diversion in Charlestown on July 4th

Most Stimulus Funds Given to People

Federation Gets Back to Work-PM Harris

2 Men Died Mysteriously on Island Paradise, Leaving Relatives to Ask: What Do the Wives Know?

More Than 100 Colombian Soldiers Implicated In Sex Abuse Of Minors

U.S. Secretary Of State Gives Sternest Warning Yet to Guyana

Seven Major Export Manufacturers Now Reopened, With 73% Of Workforce Back To Work

CCJ To Rule Next Week On Guyana Matter

PM Of The Bahamas Warns Establishments Over Breaking COVID-19 Protocols

Plastic Free July Is Special Topic On Working For You On Wednesday, July 1, 2020

Jamaica Leads the Way in Virus Testing US Tourists

Amid Protests, This Caribbean Nation Suspends Use Of A Top British Royal Honor

In Brazil’s Amazon, A Growing Fear Of COVID-19 By The Indigenous People