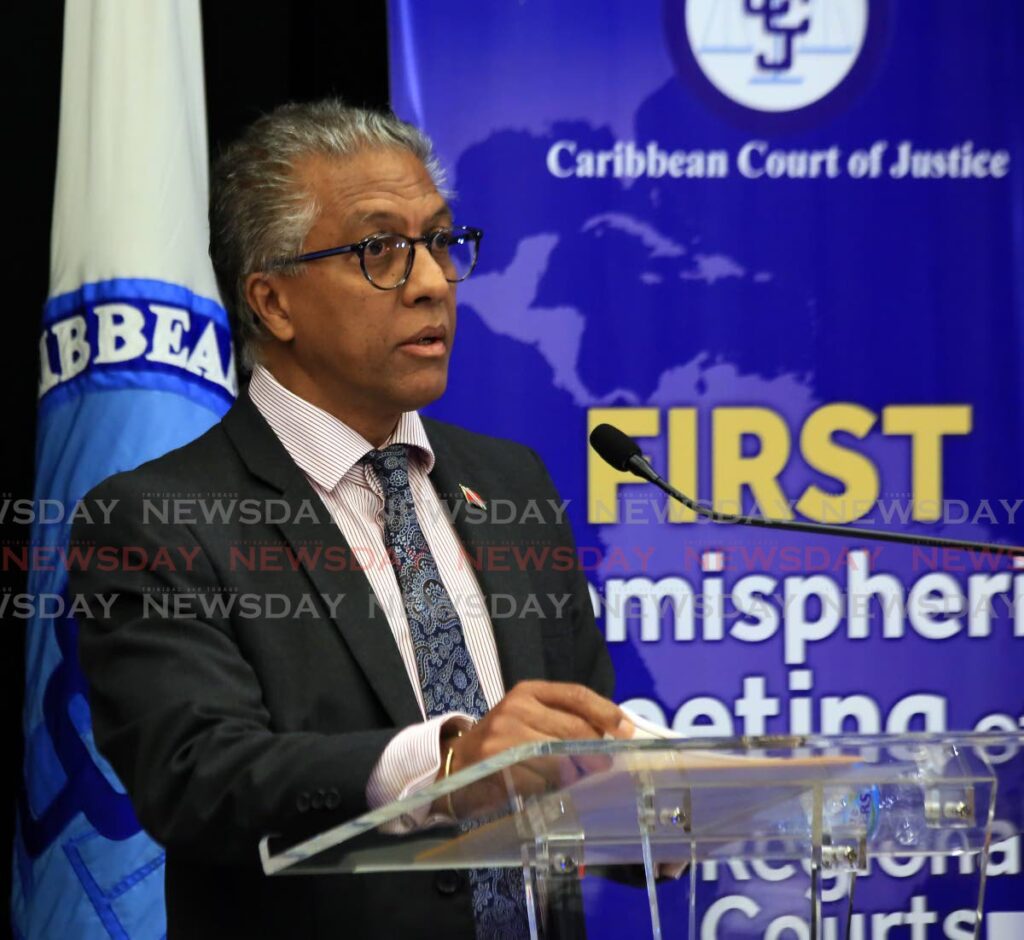 ATTORNEY General Reginald Armour, SC, said on Friday the state's successful defence of claims made by contractors against the Estate Management Business Development Company (EMBD) has resulted in approximately $369,345,921.59 of taxpayers' money being saved.

Armour was reporting to the House of Representatives on the settlement of litigation matters against the EMBD between fiscal 2016 and 2022.

There were 29 of these cases, broken down into the categories of construction sites (16), other matters (seven) and industrial relations matters (six).

The total settlement reached for legal matters initiated by contractors against the EMBD for construction sites, other matters and industrial relations matters was $47,617,457.07.

The Agriculture Ministry was its line ministry at that time. Its original mandate was for the development and management of the former Caroni (1975) Ltd's lands.

Armour reminded MPs that when the PNM assumed office after the September 7, 2015 general election, it "inherited a multiplicity of claims and resulting litigation for monies owed."

The EMBD has been engaged in litigation matters involving contractors' claims since November 2015.

Armour said, "The sole focus of EMBD has been to safeguard taxpayers monies through managing EMBD’s litigation portfolio carefully."

Armour said wherever it was prudent, reasonable claims were settled.

"This strategy is ongoing but thus far has been significantly successful."

As of November 30, Armour said, there was "a total of some 29 matters involving claims before the High Court, the Court of Appeal and the Industrial Court in which significant sums of money have been claimed from the EMBD for the account of the taxpayer, the people of TT."

These claims have been resolved at November 30, through negotiated settlements, court judgement or withdrawal of claims.

Armour said payment certificates had already been issued to contractors for most of these claims when the government changed in 2015.

He added that 50 per cent of these contracts were "awarded only in the very last year of office of government, 2014-2015 (of the UNC-led People's Partnership coalition)."

Armour cited some of these matters to support his statement.

Armour said, "In other words, if these matters had not been defended or diligently managed, these claims of some $417 million could have been entered as judgments against the EMBD."

He also noted recent claims by Namalco Construction Services Ltd and Mainway Industrial Installation Ltd. The former lost its claim against EMBD and is appealiing the court's judgement in that matter.

On the latter, Armour said, "EMBD has also now successfully defended this contractor’s claim, resulting in a further saving to the taxpayer of $170,780,693.10 plus interest and costs."

Oropouche East MP Dr Roodal Moonilal asked Armour to confirm whether the EMBD and the Finance Ministry had spent over $113 million "on legal and professional fees involving litigation with only four major contractors."

After Deputy Speaker Esmond Forde called on opposition MPs to be quiet, Armour told Moonilal, "I first of all don't accept your premise that the EMBD is acting in collaboration with the Minister of Finance or the Ministry of Finance."

On the monetary figure Moonilal mentioned, Armour said, "I will make inquiry and I would provide that answer."