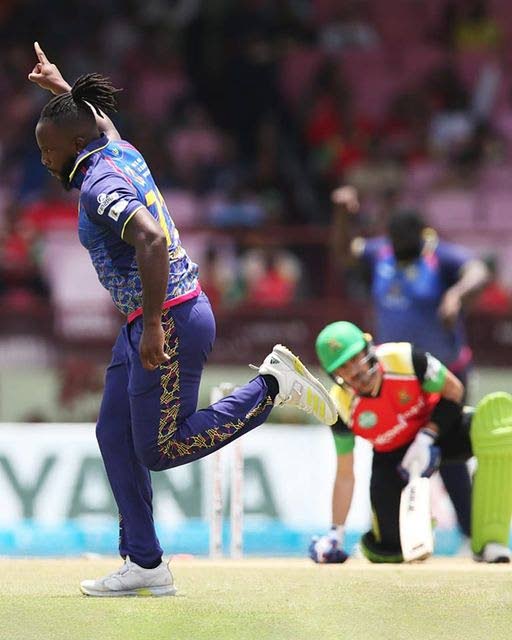 The hosts fell to a heavy 87-run defeat to Barbados Royals on Tuesday in qualifier one, courtesy of two destructive knocks from Rahkeem Cornwall (91 off 54 balls) and Azam Khan (52 off 35 balls).

Barbados posted a formidable 195 for five in their 20 overs and dismissed Guyana for just 108 to advance to Friday's final.

Guyana had been playing exceptional cricket with four consecutive victories to end the preliminary stage, surging from last spot into second place behind group leaders Barbados.

But Tuesday's loss in qualifier one has invoked painful memories from Guyana fans, who are still yearning to see their team lift a CPL trophy. The Guyana faithful thought they had it in the bag in 2019 when the team won 11 straight games, before losing their first match of the tournament – in the final.

Asked about the nerves going into Wednesday's knockout game, the Bangladeshi veteran, 35, said his team just needs to revert to what they have been doing well.

"When we came here we were bottom of the table, and now we've in really good position. Yes, we lost today but we have another chance to be in the final and that is what we have to look to do," he said.

"We've been bowling well in powerplay, we've been picking up wickets. Today I don't think we picked up any – that is one area we need to look to improve. If you take two or three wickets in powerplay, most of the games you win, if you are bowling first.

"If we are batting first, we have to start well with the bat, get the momentum going and get the crowd behind us, it will be easier game for us."

Al Hasan blamed the defeat to the Royals on a sloppy effort.

"From the start, I thought we were not up to the mark. We didn't bowl the way we should have bowled and we didn't look good in the field as well. So I think bowling and fielding let us down big time, I don't think it was a 200 wicket."

"There are plans for every individual batsman, not only Rahkeem Cornwall. We just couldn't execute it. Today we couldn't do it, tomorrow we have to come back and do better."

Guyana skipper Shimron Hetmyer was frank in his post-match analysis: "We have to next time do whatever we have to do to win."