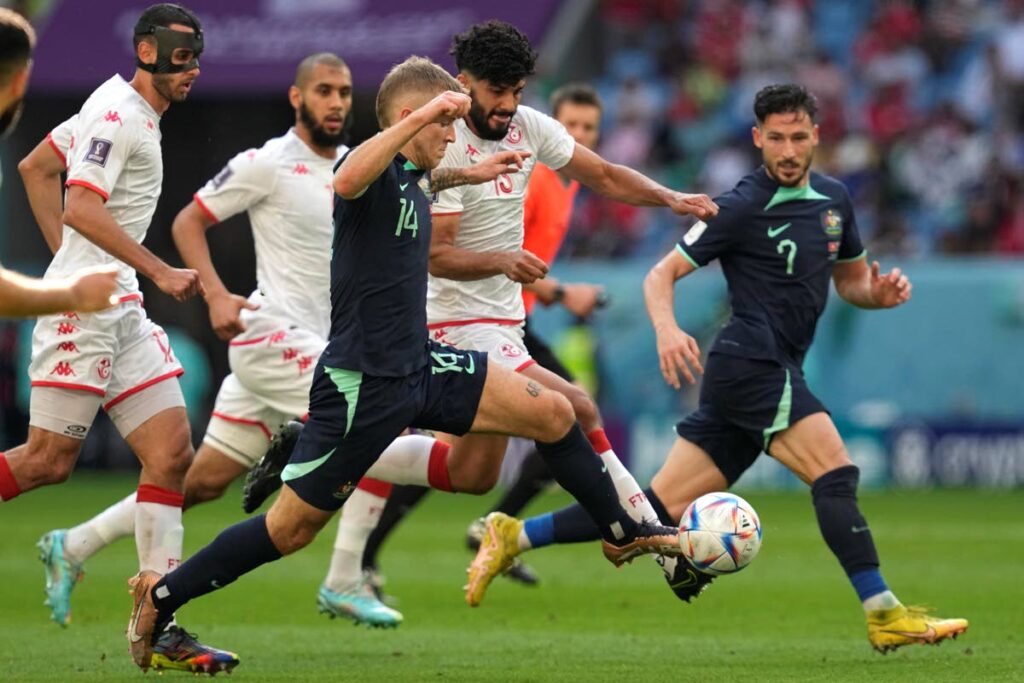 MITCHELL Duke’s 23rd-minute strike gave Australia their first win of the 2022 FIFA World Cup as they edged Tunisia 1-0 in their second Group D match at Al Janoub Stadium in Qatar on Saturday.

The Socceroos lost their opening match against France 4-1 and will be hoping to churn out another win against Denmark on Wednesday, to improve their chances of moving on to the knockout stage.

Denmark is third, with two games still to go, while Tunisia sit in last place after two matches.