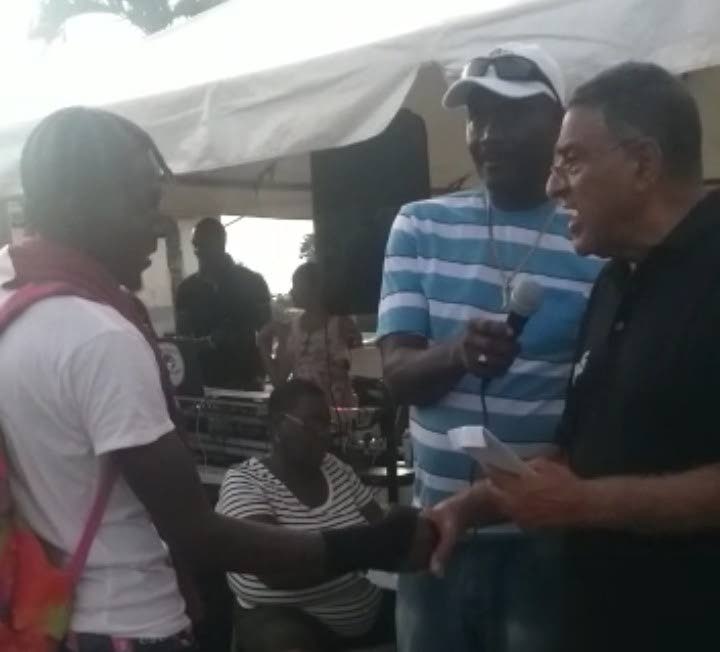 Councillor Terry Rondon, right, presents a prize to a member of the Balandra Cricket Club. -

The tournament included teams from the North East and it brought communities from Matelot to Sangre Grande together.

The tournament bowled off in May and ended on Sunday.

Rondon congratulated all the players who participated in the competition. He said all the teams are winners in their own right.

The sponsors of the tournament were National Lotteries Control Board and Elena Villafana of the Foundation for the Enhancement and Enrichment of Life.

The organisers of the cricket tournament plan to host a football competition kicking off in September.