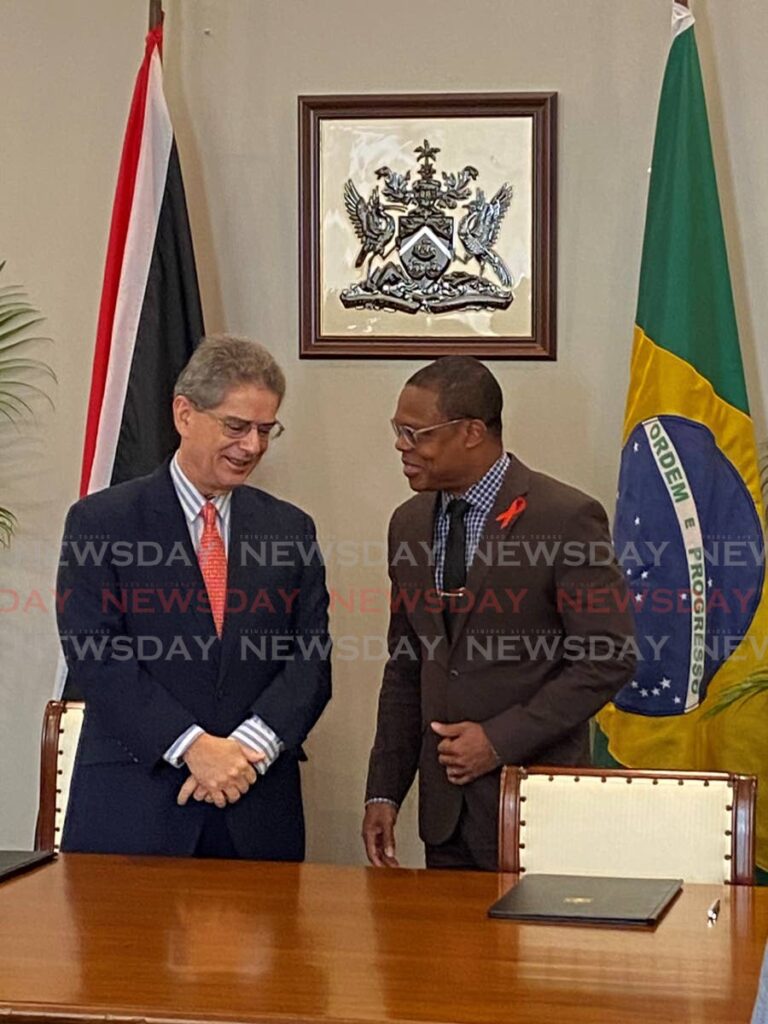 Brazilian Ambassador Rodrigo do Amaral Souza and Minister of Foreign Affairs Amery Browne at the official vaccine handover at the ministry's office. - Photo by Nicholas Maraj

The government of Brazil has donated vaccines to TT which are generally administered during childhood. Brazil also donated anti-retroviral drugs used in the treatment of HIV/AIDS, in an effort of regional health diplomacy.

The handover from ambassador of Brazil Rodrigo do Amaral Souza to Minister of Foreign and Caricom Affairs Dr Amery Browne took place on Friday at the ministry in St Clair.

Amaral Souza said, "It's a pleasure to participate in this symbolic handover of these different types of non-covid vaccines and 100 bottles of anti-retroviral drug."

He said this initiative was part of a wide spectrum of humanitarian co-operation and health diplomacy undertaken by the Brazilian government throughout the Latin American and Caribbean region.

"It was the third handover ceremony of Brazilian humanitarian donations to TT in the last two years," he said. 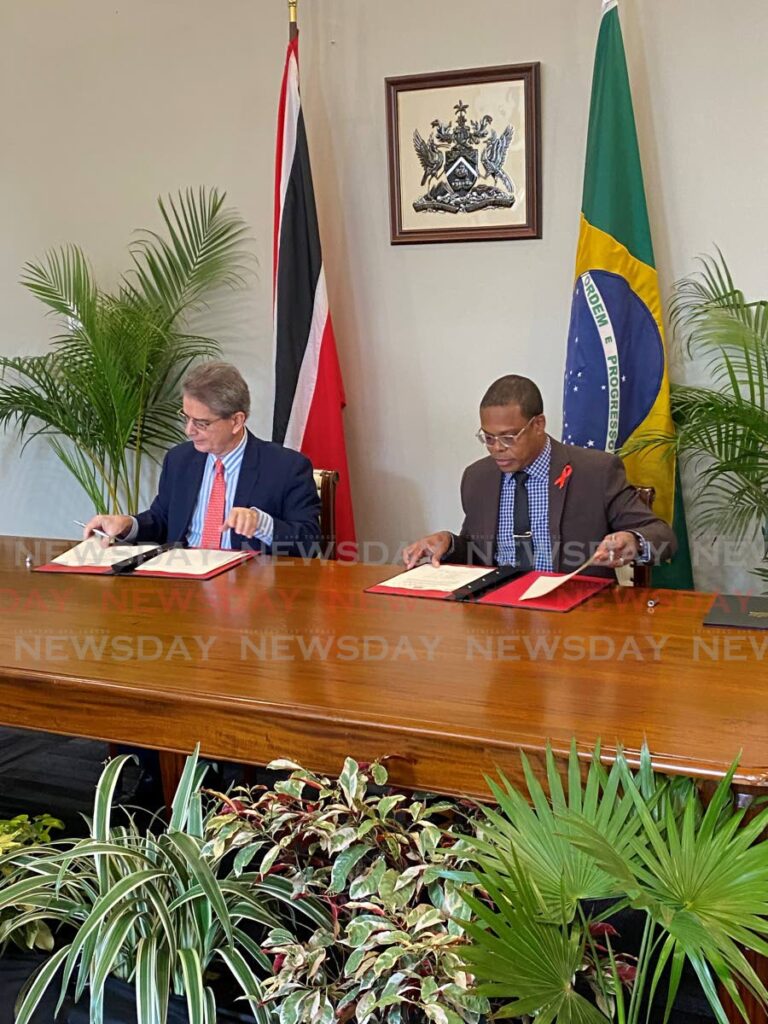 Brazilian Ambassador Rodrigo do Amaral Souza and Minister of Foreign Affairs Amery Browne at the official vaccine handover at the ministry's office. - Photo by Nicholas Maraj

Reminiscing, Browne said, "Brazil became a second home for my family and (me), during the four years that I served the people of this country as ambassador.The Brazilians were the perfect hosts. Their warmth, passion and generosity reminded me of our own people here in TT."

Browne thanked Brazil on behalf of the people of TT for their generosity, as "TT once again receives important materials and medical resources from Brazil.

"The only place Brazil does not show very much generosity is on the football field," he joked.

Browne said the donations came on the heels of World AIDS Day, on December 1.

"The timing of this donation is particularly auspicious. These modern anti-retroviral drugs form an important part of the core regimen of medication used to treat HIV infections in TT."

He said key stakeholders in TT and the government celebrated "the revolutionary medical achievements in the treatment of HIV and AIDS" as well as the progress made in reducing the stigma of the illness.

On the MMR, DTP and other vaccine donations to the public health system, Browne said, "This will result in lives saved, and there is no more precious gift than life."