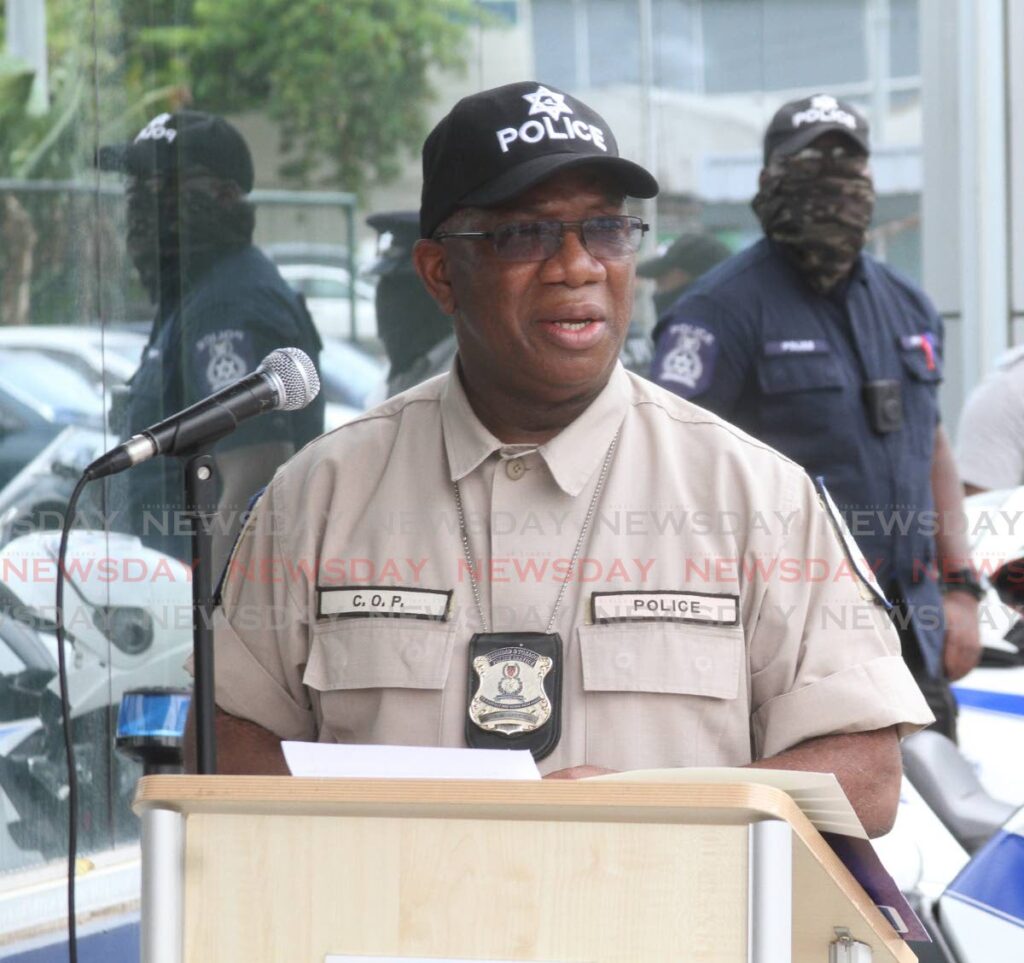 More than simply looking the part, acting Police Commissioner McDonald Jacob said, his job involves serious analysis and formulating policies, and he defended crime-fighting strategies introduced during his tenure which sought to steer people away from deviant behaviour.

Jacob gave the feature address at a ceremony commemorating the first anniversary of the Community Conflict Resolution Centre at the Solomon McLeod Auditorium of the Police Adminstration Building, Sackville Street, Port of Spain, on Wednesday.

Jacob stressed that while "hard" strategies of surveillance, arrests and searches were necessary, community outreach programmes aimed at preventing crimes from happening in the first place were just as important.

He also saidcrime was not simply a matter of arresting and killing criminals, as such problems needed to be addressed at all levels, beginning in the home.

"We (the country) believe we can shoot ourselves out of our problems. We cannot. The more you gun down, the more they come, if we fail to deal with the root causes of crime and deviant behaviour within the society.

"The police are law-enforcers and when it comes to the shooting, the arresting and all the things, we can do that well, but after years of experience, you will come to the conclusion that you are spinning top in mud."

Referring to critics of his style who suggested he present himself in a more forceful fashion by holding machine guns in public, Jacob said his job went beyond holding weapons and asserted that he was no superhero.

"If that is the measurement, I would have to say that I'm sorry.

"My purpose as the Commissioner of Police is to do these things today, which is strategic thinking, to pull the service out of where it is at this point, to pull us out and bring it to a higher level of professionalism."

Jacob said he was pleased with the work of the Community Conflict Resolution Centre in introducing mediation as a crime-prevention strategy. He said such programmes were crucial in de-escalating volatile situations which could lead to serious crimes.

"Some people would say, 'He talking about conflict resolution and mediation – tell him to go out on the hill and lock up the criminals.'

"As I told them, the criminals come from somewhere, they don't come from Mars, Jupiter or Saturn. They came from our homes and within our communities. So where should we also focus?"

Also at the ceremony was Supt Geoffrey Hospedales of the Community Oriented Policing Unit, who praised the efforts of volunteers in the conflict resolution centre.

He said in its year of operation,the centre has dealt with over 100 cases, with an 80 per cent success rate.

"We have dealt with areas of land disputes, domestic disputes, neighbour and family disputes and a small group of community disputes.

"We're living in a society where crime is a challenge, and centres like these are very important in fighting crime."

Principal of the Mt Hope Secondary School Lisa Henry Legall said she had seen firsthand the benefits of conflict resolution among her students.

Legall said volunteers and police officers assigned to the centre have offered to help trainstudents in mediation.