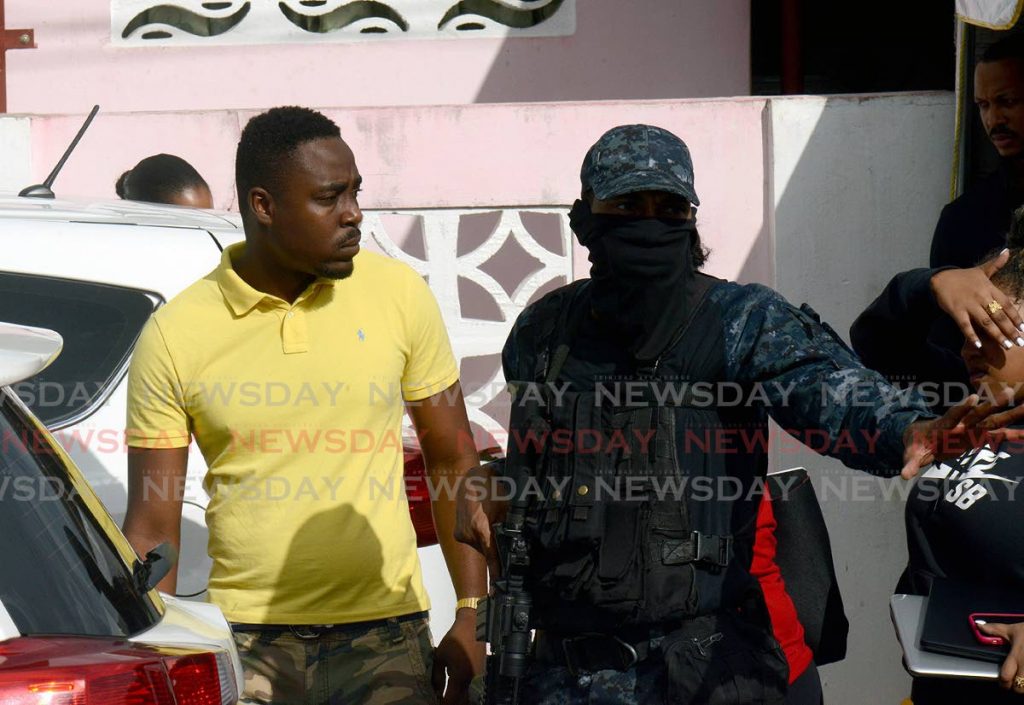 In this file photo, Drug Sou Sou (DSS) Founder Kerron Clarke was detained by a party of police officers during a raid on the DSS premises in La Horquetta on October 27. -

He is scheduled to appear in the Arima Magistrate’s Court on June 27.

A release from the police service said he was granted $800,000 bail with a surety when he appeared before Justice of the Peace Stephen Young.

Clarke, of Phase 1, La Horquetta, was charged based on advice received from Deputy Director of Public Prosecutions Joan Honore-Paul.

Clarke came to the public’s attention in 2020 when he created a “sou sou” where people “invested” money and were promised large returns. He was raided several times in 2020, and was previously charged with money laundering and running a moneylender's business without a licence.