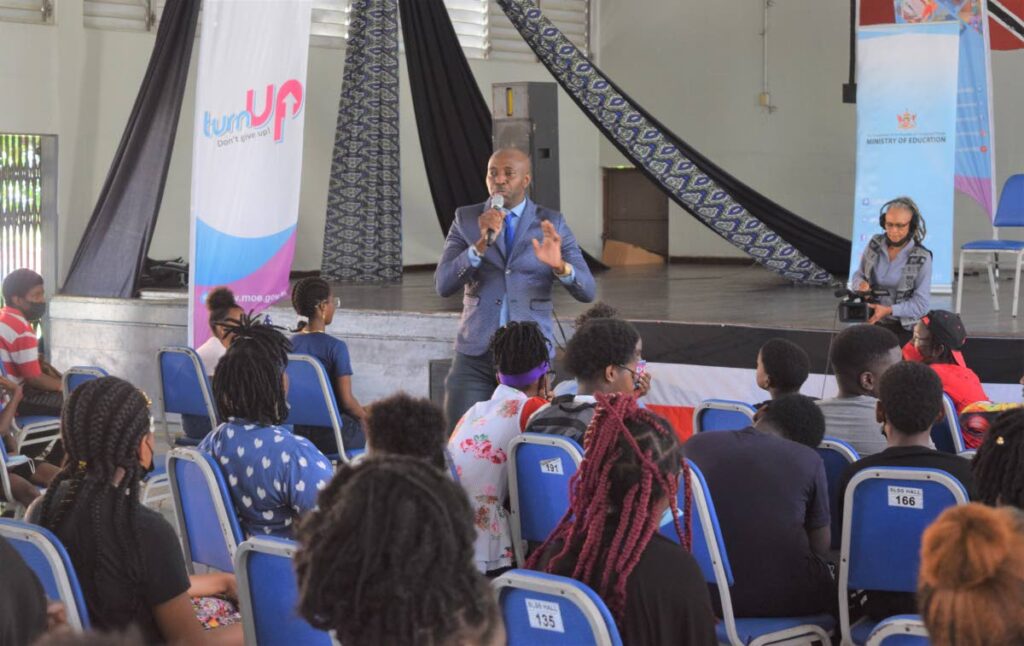 The students were assured they could do great things in life once they did not give up, continued to believe in themselves and took their education seriously.

The message of encouragement was the cornerstone of the Ministry of Education's Turn Up, Don’t Give Up caravan which is the highlight of its vacation revision programme.

The caravan rolled into the Success/Laventille Secondary school on Friday and will visit Sangre Grande on Monday.

Thomas said he did not write SEA and went to Servol for two years as he “used to get in plenty trouble.” He admitted to stealing lunches from the school feeding programme and said he was rebelling against the splitting up of his parents so he gave trouble to chase away his step-parents. 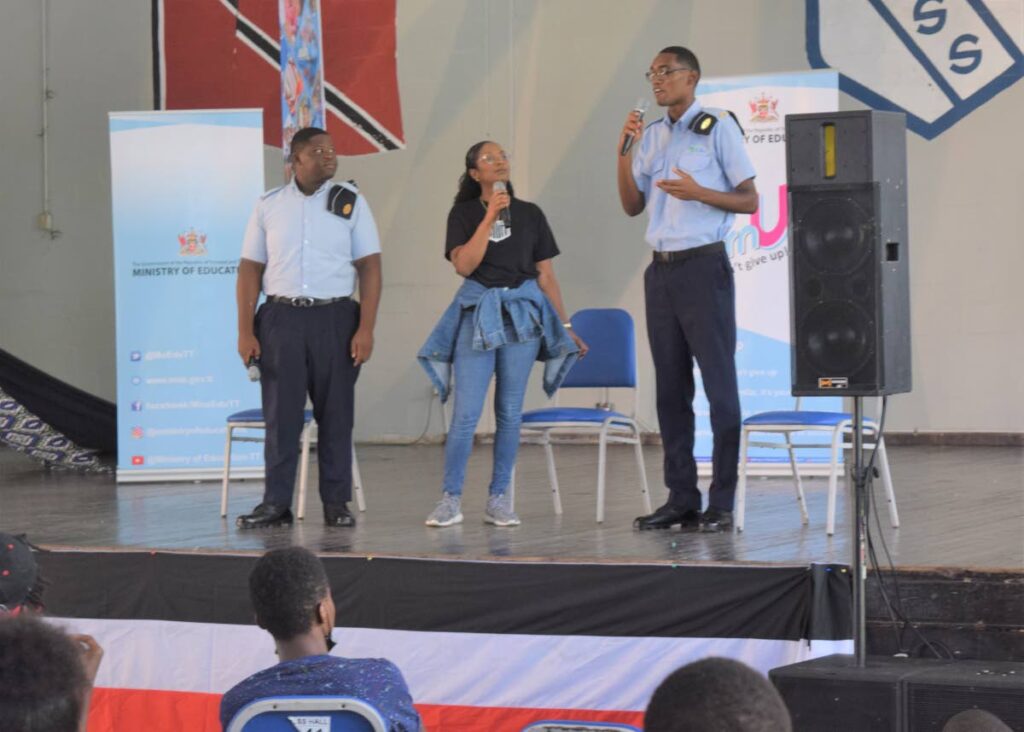 Thomas said the teachers at Servol never gave up on him and it was only when he was about to leave the institution, he realised how much trouble he gave them.

“My message to you is: you see choices, make sure and make the right one. Trouble does come like a horse, real fast and leave like a snail, real slow.”

Thomas thanked the instructors at Milat for teaching him to read and write.

Webb admitted during his time at secondary school he had trouble with mathematics. He said it was only when his teacher, Mr Antoine, took the time to speak with him, he discovered his passion for the subject.

He encouraged those listening to fight for what they believed in.

Sealy told the group of students he learned a lot during the pandemic as he went back to school to further his passion in digital marketing. He encouraged the group not to be ashamed of the schools they passed for. He said he, too, passed for Success/Laventille Secondary but was made to repeat.

“At least you are going forward, I went back because I had to repeat” Sealy said.

He admitted to being a "class clown" but also encouraged them to believe in themselves and work towards what they wanted to achieve. During Trumpet's address, one girl received $100 for volunteering to sing. He used her willingness to emphasise that life's rewards may not always been seen at first, but they should push to be the best in whatever they do.

Trumpet said even is own father hard harsh words for him on his future but said it motivated him to "do better." He said he repeated his Caribbean Examination Council (CXC) exams, studying during the day, while working at night, to obtain six passes. Now, he said his father was proud of his accomplishments.

Williams and Boodoosingh both entertained and motivated the students. Their message was for them to use their talents to achieve what they wanted in life.

The ministry's vacation revision programme is not only geared towards providing remedial work for those entering the secondary school system in September, but also serves to boost their confidence.