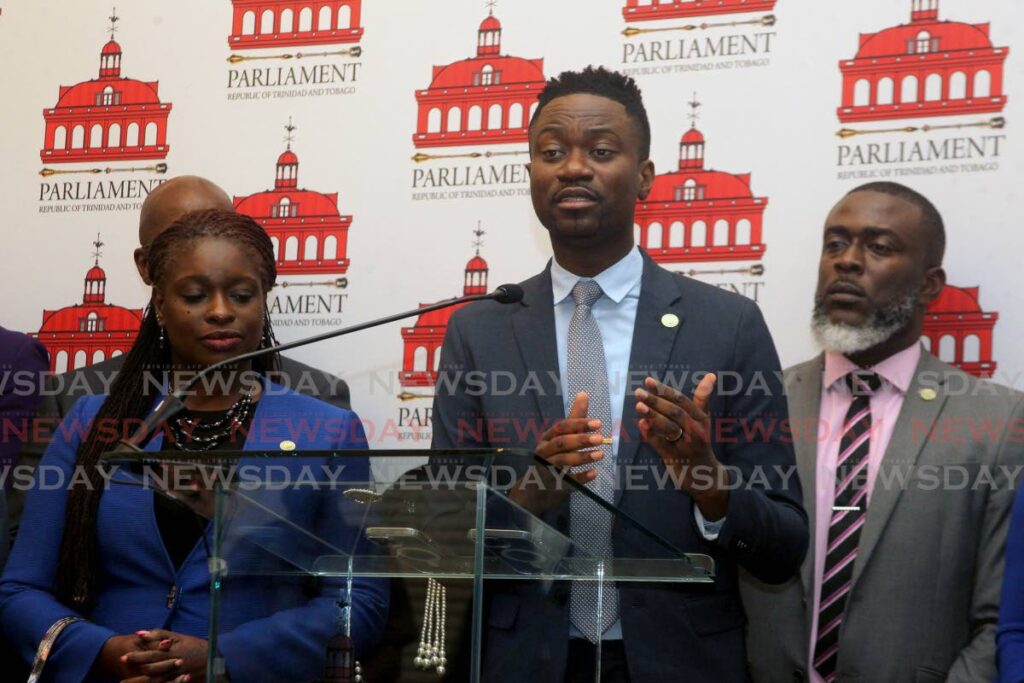 THA Chief Secretary Farley Augustine weighs in on the budget at the Red House on Monday evening. PHOTO BY ROGER JACOB -

ALTHOUGH Tobago received $185 million more than it did last year, Chief Secretary Farley Augustine said the THA could have done with more. Tobago was allocated $2.521 billion or 4.3 per cent of the total 2023 national budget.

In his June presentation, Augustine presented a $3.97 billion budget package for Tobago, but was left with a 38.4 per cent shortfall.

Speaking at a press conference after the presentation, Augustine said his team predicted the nation budget would be around $57.4 billion which was close to the actual number of $57.685.

“That speaks to the accuracy with which we in Tobago actually do our budgetary preparation. You would also appreciate that this request (of 3.97 billion) was ... THA’s smallest request for some time, and yet it was not completely fulfilled.”

He pointed out that Finance Minister Imbert said the THA budget was excellent, good for economic development and growth, yet the minister chose not to give the THA the allocation that would have allowed for the development of Tobago.

Augustine rejected Imbert’s suggestion that the THA would have received 6.8 per cent of the national budget if the 2021 Tobago Island Government Bill was passed to provide the island with greater autonomy.

“In that recommendation it says that Tobago, the THA, should be funded to the tune of between 4.03 per cent and 6.9 per cent.”

As such, he said, the Bill did not need to pass for the THA to get 6.8 per cent.

He said Imbert encouraged the THA in his presentation to engage state enterprises and agencies in raising revenue. Augustine agreed and hoped the central government would expedite the granting of an export license to the THA so Tobago could attract foreign exchange so the Assembly could meet the billion-dollar shortfall.

He added that the air- and sea-bridge was an important part of the island’s public transportation infrastructure but accessibility in its service-driven economy was a challenge. He said Tobagonians travelled to Trinidad for medical, education, services not available in Tobago and other critical reasons.

“The first thing the minister should have treated with has to do with the efficiency of the air and sea bridge to allow for the transiting of people to and from Tobago.”