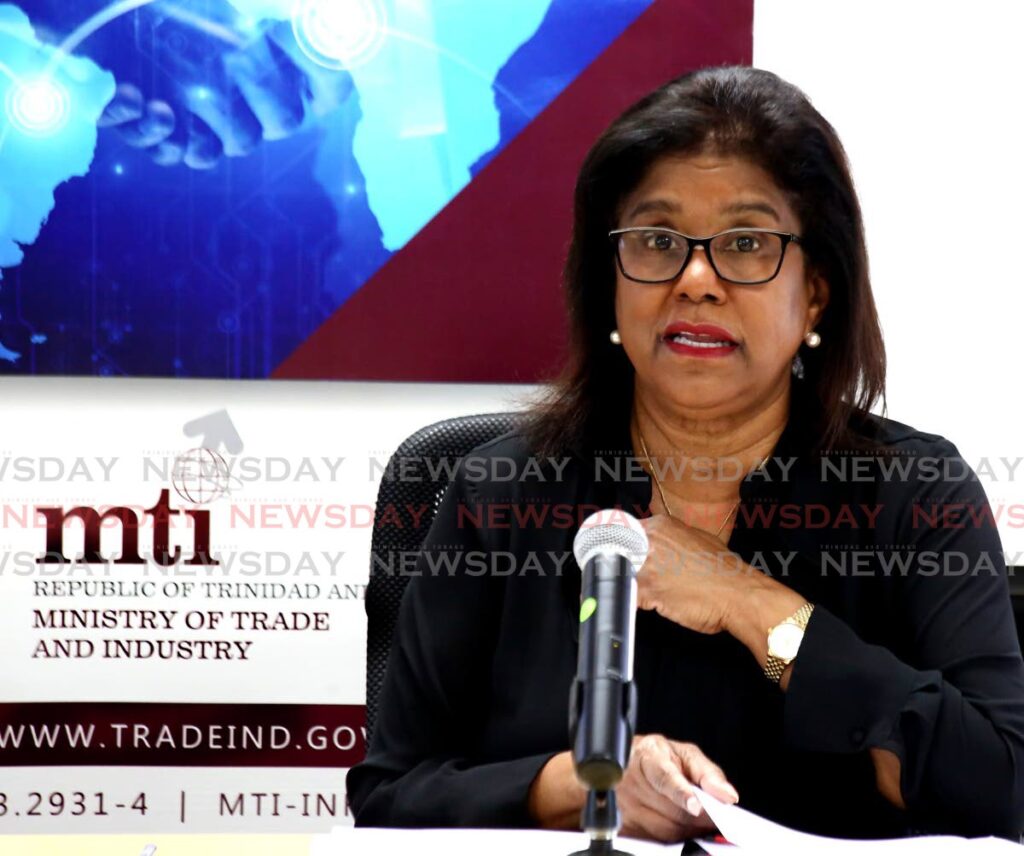 Given the high levels of criminal activity in the scrap-iron industry, Minister of Trade and Industry Paula Gopee-Scoon said there was a clear indication of a need for improvement in legislation dealing with scrap iron.

She made the statement while responding to questions on Tuesday, after a six-month ban on exporting scrap iron was implemented last week and announced on Monday.

“Clearly the situation was out of hand with the looming, worsening levels of criminal activity and therefore it has to be kept in check,” Gopee-Scoon said.

Scoon said government had sought to make amendments to regulations and legislation concerning the scrap-iron industry last year, but there was a delay in implementing the amendments because they had to be reviewed by the Law Revision Commission. She said the six-month period will be used to amend the legislation or bring new legislation forward.

“The idea is to work on this as immediately as possible,” she said.

On Monday, at a joint media conference, Minister of National Security Fitzgerald Hinds and Attorney General Reginald Armour announced a six-month ban on the export of old and scrap iron, in order to deal with rampant theft and vandalism of state and private assets. The ban is expected to be lifted by February 23 or earlier.

People breaching the ban would be slapped with a $15,000 fine under the 1904 Metal and Marine Stores Act, or a $1,000 fine and/or 12 months’ imprisonment under the Trade Ordinance.

Gopee-Scoon said according to Legal Notice 164, manufacturers licensed by the minister of trade to export metal as a by-product of manufacturing goods or as a surplus or surplus materials not required for manufacturing would be exempt from the ban.

“For instance, say you’re involved in the manufacture of aluminium products, and therefore you would be importing...aluminium rolls and you will be by the process of extrusion making several products, there will be significant waste which is usually exported by the manufacturer – those kinds of exceptions will be allowed.”

He said banning the export of scrap iron may only serve to worsen an already serious crime situation.

“How on earth is throwing the honest and hard-working scrap-iron dealers on the breadline going to stop thieves? That is like saying you going to shut down Special Branch because you vex with one Special Branch policeman. Shutting down the industry for six months will only fuel the thieves. But this is the dotish logic of the Rowley-led PNM.”

In a public statement, Oropouche East MP Roodal Moonilal also knocked government’s decision, saying criminals would simply move on to stealing from other fields of operations and possibly other public and private properties.

“Scrap-iron dealers have always supported legislative changes and the introduction of regulations and had submitted a package of recommendations,” Moonilal said. “The comprehensive operation plan included setting up of a special itemised metals category and other measures that would have effectively dealt with vandalism. The Government tossed aside that practical proposal and, instead, recklessly banned exports by the entire sector.

“The most reasonable and logical measure would be to keep the industry open, increase penalties related to offences and instruct the police service to treat the crime with the urgency and focus that it deserves.

“The Rowley Government has now become the first administration in the world to close down an industry because of thefts pertaining to the trade,” Moonilal claimed.

Jamaica, Barbados and Guyana have imposed bans on the export of scrap metal amid criminal activity.

A Barbados Today report ten years ago indicated that there was a 60-day ban on exports while the government revisited the legislation that regulated the industry in that country.

In 2011, then Jamaican Minister of Industry, Investment and Commerce Dr Christopher Tufton announced a total ban on exporting scrap metal, pointing out that theft and vandalism of public and private properties over the three years before the announcement had cost government more than $1 billion.

Guyana has imposed and lifted bans on the industry multiple times. In 2007 amid similar reports of vandalism and theft, its government imposed a ban on the industry. It was lifted in 2010, only to be reimposed in 2011. That ban was maintained for about two years.

In September 2020 another ban was imposed after a major drug find of 11.5 tons of cocaine discovered in Belgium was traced back to Guyanese ports.