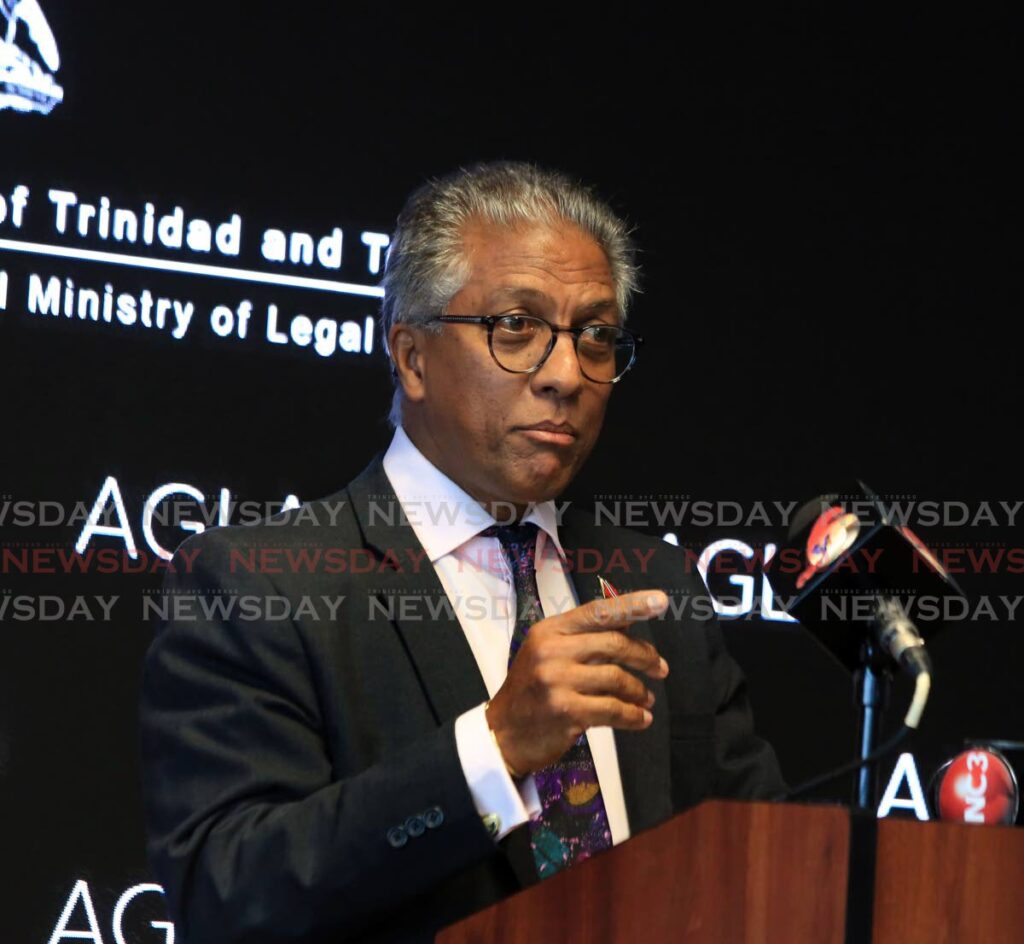 THE six-month ban on the scrap metal trade will end two months earlier than plannd, with one condition: dealers will not be allowed to deal in copper.

The ban took effect from August 12 and was due to end on February 23, with the government promising to review it after three months.

At a media conference on Friday, Attorney General Reginald Armour said the ban will end before December 31, but did not give a date. He said by the end of the year, legislation will be brought to Parliament to regularise the industry.

Armour, along with ministers of Trade and Industry, Paula Gopee-Scoon, and National Security, Fitzgerald Hinds, met with president of the Scrap Iron Dealers Association Allan Ferguson and other stakeholders before the media conference. Immediately after the meeting, Ferguson said the industry welcomed the lifting of the ban, but wanted the continuation on copper to end in three months. He said copper was the backbone of the industry, as most of the financial rewards come from trading it.

Ferguson added that apart from this hurdle, the meeting was “very good,” as the ministers promised to have further consultations with the stakeholders.

At the media briefing, asked about the significance of copper to the industry and how banning its export will negatively affect it, Armour said it was not a decision taken lightly.

But he said it must be set “against the statistics of the damage to the national infrastructure of Trinidad and Tobago.

"The thinking behind running it for a year is that once the new legislation and regulations take effect and we can get a regulated industry going forward, we will monitor the situation going forward.

“As we get more satisfied that we are now operating in a properly regulated scrap metal industry environment, we will keep under consideration the possibility of reducing that year.

The draft legislation was taken to Cabinet on Thursday and will be reviewed after further consultation. The Metal and Marine Act 1949 will be repealed and the industry placed under the purview of the Trade Ministry. The intended law will need a simple majority, so Opposition support is not needed.

Some of the proposals in the legislation will include establishing inspectors of scrapyards. The Ministry of Trade is to finalise the necessary qualifications for that job.

Dealers and collectors will have to be registered and mandated to display their licences on their vehicles and outside their premises. The three-year licence will cost dealers $500 and collectors $300, and can be revoked if the owner is convicted of fraud or operating outside of their limits.

Scrapyards will also be mandated to have 24-hour CCTV, and must comply with the specifics of the camera and other technical support.

There will be increased penalties for those who run afoul of the new laws. Offences will include falsifying licences, providing false information to inspectors and obstructing the police and other authorised authorities. The range of penalties will be from $50,000-$200,000 and imprisonment for up to a year.

Police officers, scrap iron inspectors, public health officers or a regional corporation officer and an environment officer approved by the Environmental Management Authority (EMA) will be appointed to inspect scrapyards, containers where scrap metal is being exported and vehicles transporting them. All information regarding the stakeholders will be made public and accessed online.

While he could not give figures to show the ban caused a reduction in copper theft, Armour said there are plans to make an inventory of all registered dealers so no one can steal and hoard copper until the ban is lifted.

He said the Trade Ministry has been increasing capacity to oversee the industry, but could not say if a special state enterprise will be needed to manage it. He said issues such as locations and sizes of scrapyard are to be worked out so that regularised dealers don’t operate in places where they are not welcome.

Ferguson said on Monday he will host a media conference to tell the public about ways his industry can assist them.

At a news conference in August to announce the ban, the government said scrap-metal exports rose from $69 million in 2009 to $216 million in 2018.

As the industry grew, so did the criminal activities surrounding it. Data presented from the police in August said in 2020 there were 58 reports of scrap-iron theft and 30 arrests. The following year there were 87 reports and 52 arrests. Between January and August there were 162 reports and 136 arrests.