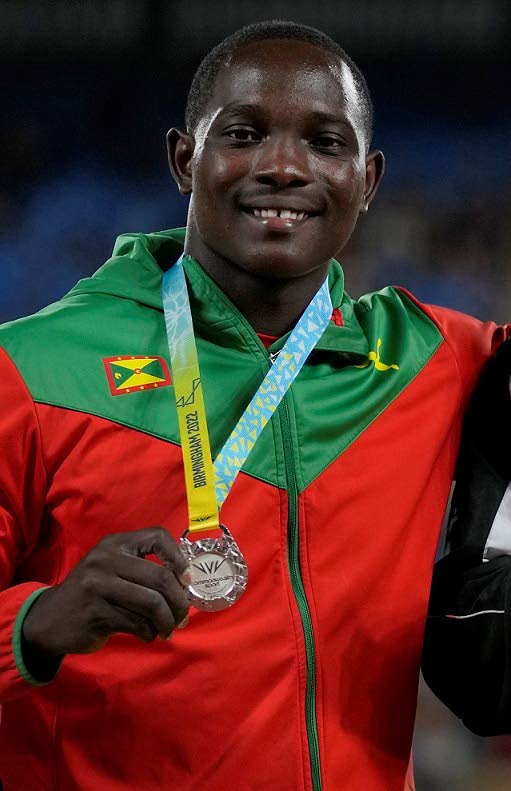 THE MANAGEMENT of the Harbour Master, the entertainment vessel on which a Grenadian sporting hero was assaulted on Wednesday, has said it does not condone the attack.

Reigning World javelin champion Anderson Peters was beaten and thrown overboard from the Harbour Master during a boat ride in Grenada on Wednesday night.

Videos of the incident circulated on social media on Thursday showing at least three men in an altercation with Peters on the ramp at the stern of the boat.

One man eventually bundled him up and threw him off the ramp causing him to hit the concrete jetty before falling into the water. The attackers are believed to be citizens of TT working on the vessel.

Reports say five crew members, believed to be TT nationals were taken into custody by Grenadian police after the incident.

A voice note from a Grenadian woman that was circulating on Thursday claimed Peters was asked to leave the vessel as it prepared for another sailing but failed to do so. A fight eventually ensued, ending with Peters being thrown off the boat.

In a media release on Thursday, the Harbour Masters's management said the violence aboard the ship was disheartening to both its management and staff.

“We emphatically declare that we do not condone acts of violence of any kind. We understand the public’s concern and the overall sensitivity of the situation.

"Currently, the full details surrounding the incident are still forthcoming, but we are working with the relevant authorities to gain a clearer understanding of what occurred. The staff involved are being represented by Attorneys Benjamin Hood, Cajeton Hood and Francis Paul, who will work to ensure there is an amicable resolution for all involved.”

Foreign Affairs Minister Dr Amery Browne said he spoke with his counterpart in Grenada, Joseph Andall, and expressed his regrets over the incident.

Browne said he messaged Andall on Wednesday night and twice on Thursday and said the incident had caused no falling out between the two countries. He had no information on Peters' medical condition nor the men accused of assaulting him.

Megan Morrison, the Assistant Secretary of Tourism, Culture, Antiquities and Transportation, at the Tobago House of Assembly (THA) said the incident took place after all official meetings had ended. She added that it did not affect the commitments made during those meetings or the relationship between the two countries.

“This will in no way affect the inroads we have made while here on the island. As a matter of fact, just today one person wants to know if we can't rejoin Tobago with Grenada,” Morrison said adding that the joining of Tobago and Grenada was said in jest to emphasise that there is no bad blood between the two.

Newsday e-mailed the Royal Grenada Police Force for an update on Peters' medical condition and the criminal investigation into the incident. No response was received up to press time on Thursday.