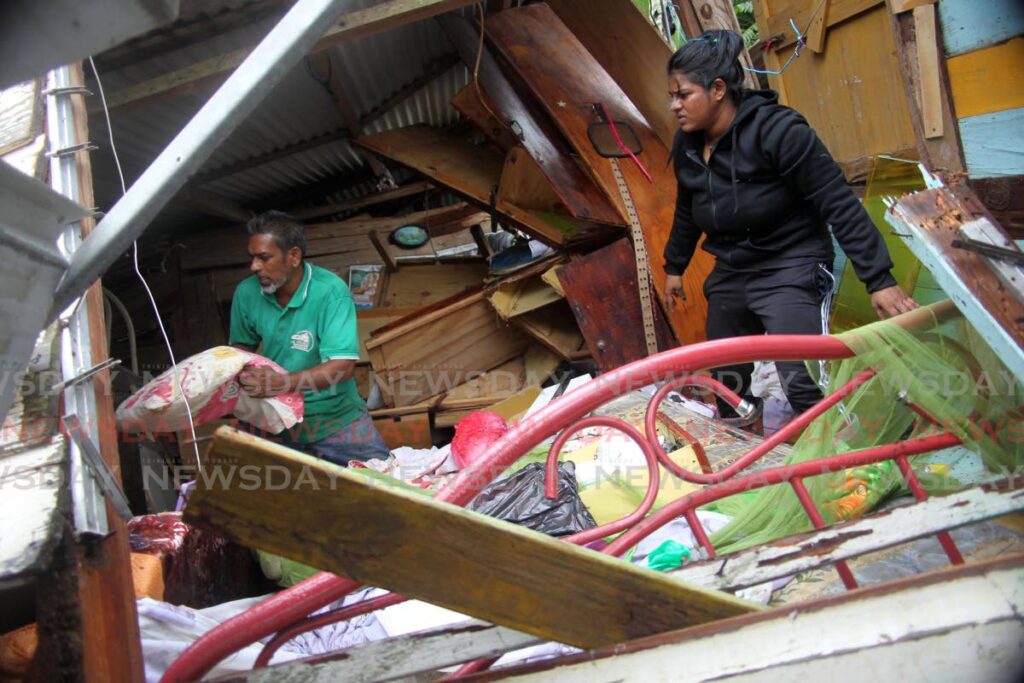 Relatives of the Mohess family help remove items from their Ramai Trace Debe home after it collapsed over the weekend due to land movement. Photo by Lincoln Holder

Still traumatised after their home collapsed and trapped them inside during heavy rain, the Mohess family of Debe has renewed their calls for help to rebuild.

Since Monday, Meera Mohess, 57, and her two adult daughters have taken temporary shelter at the Congo Village Recreation Ground clubhouse.

"We do not know how long the (Penal Debe Regional) corporation would allow us to stay here. I do not even want to think about what could happen if they put us out, because I might go mad," Mohess said on Thursday. "We cannot say we are leaving here to go home, because we have no home.

"People are bringing food items and clothes. We are grateful for all the help. We would appreciate it if anyone wants to donate cash or materials to rebuild."

Mohess spoke on behalf of herself and her two daughters, 36 and 21. 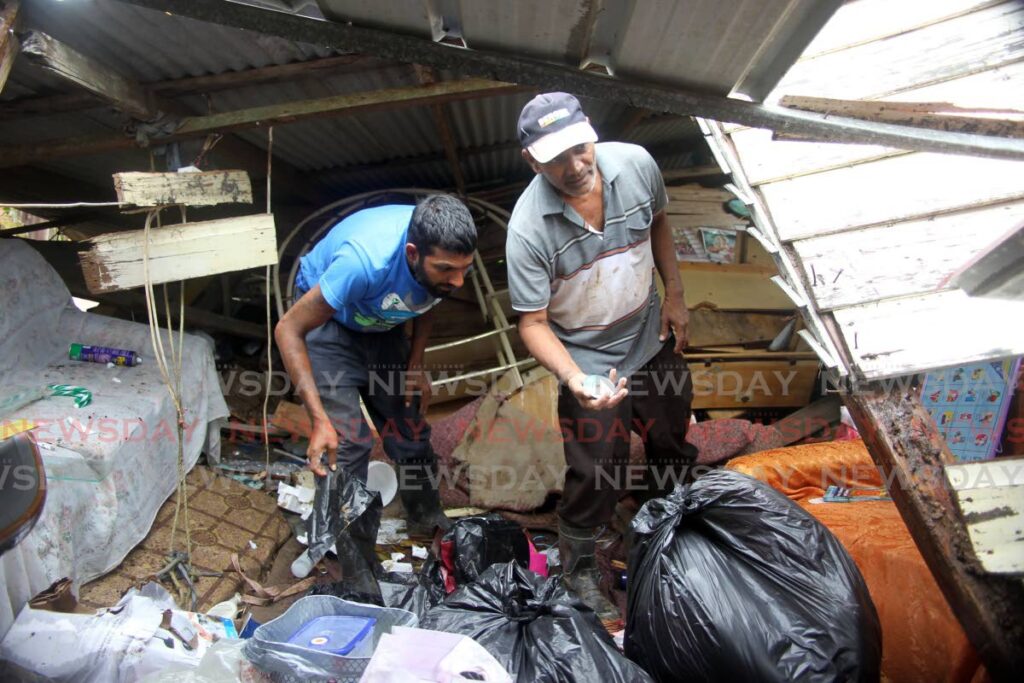 Relatives of the Mohess family help remove items from their Ramai Trace Debe home after it collapsed over the weekend due to land movement. Photo by Lincoln Holder

At around 3 am on Monday, their two-bedroom at Ramai Trace in Congo Village came crashing down with all its contents, trapping them as the rain poured.

Her younger daughter, who was pinned inside a bedroom, managed to call a relative, Kevin Ramkaran, who called the police. Within ten minutes of the call, Ramkaran, together with PCs Meah and Ramlogan of the Southern Division’s Emergency Patrol Unit, were working to rescue the women. In the darkness, they propped up the collapsed roof with pieces of wood and broke down a wall to reach them.

Mohess was injured when something hit her head during the ordeal.She visited the Debe health centre on Wednesday and was given antibiotic tablets and ointments for her wound. The doctor also recommended a tetanus injection, which Mohess was given at the La Romaine health facility.

"I am thankful to the doctors and staff, to everyone who helped us in whatever way. God saved my life and the lives of my children."

"I borrowed my brother’s machine to wash, and we got rain this morning. I also borrow his freezer. We are not sleeping properly. If I get two hours of sleep at night, I get plenty. People are coming and helping with cooking."