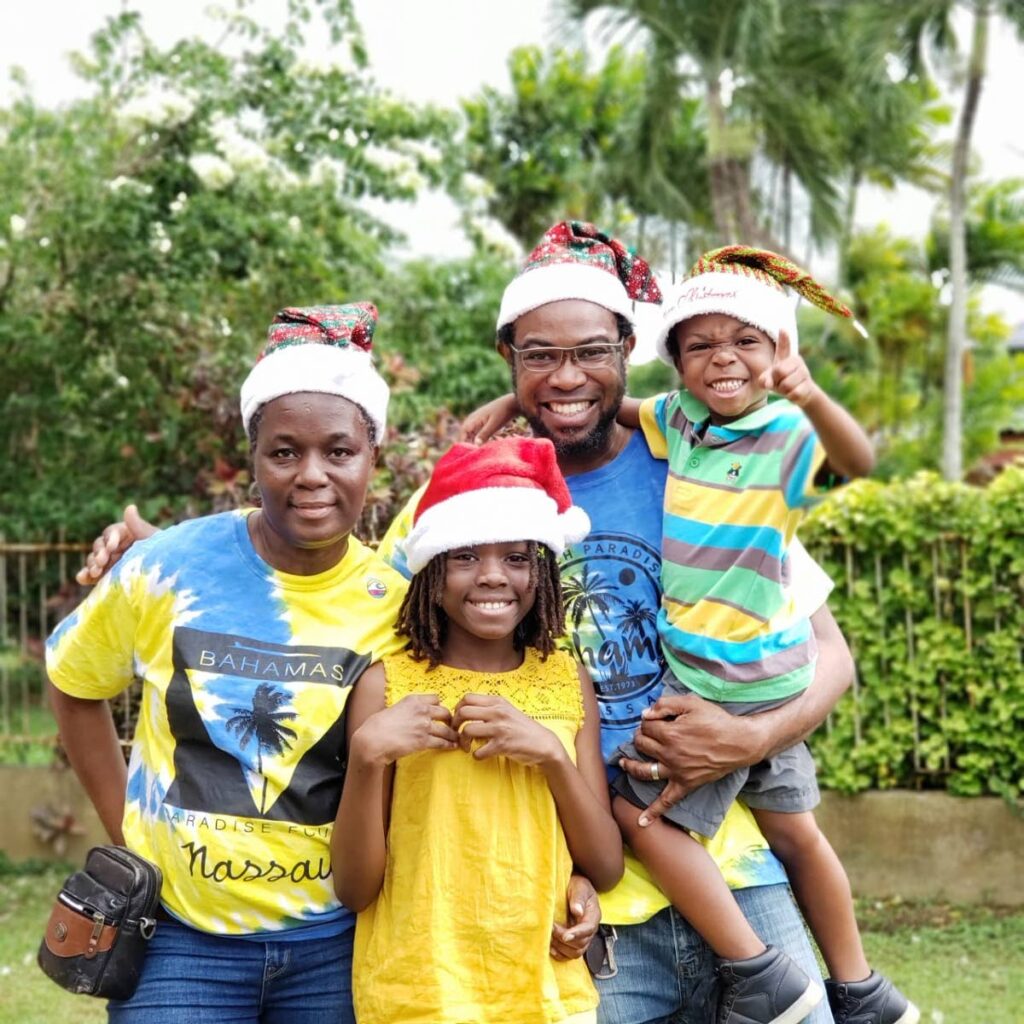 Avonelle Hector Joseph founder of Is There Not a Cause? with her husband Christopher, six-year-old son Amani, and daughter Imara, 11. -

Before the pandemic in March 2020, “the working poor” were teetering on the edge of poverty.

But because of the lockdowns during the pandemic, those people, and even others who were on more stable footing, slid into poverty, says Avonelle Hector Joseph, founder of the NGO Is There Not a Cause? (ITNAC).

She said despite millions doled out in government grants, many were “hungry, homeless, frustrated and desperate.”

The topic was not something people wanted to talk about, she said, because it would lead the population to demand that leaders act responsibly.

“Imagine if we could face the reality of our issues instead of pointing fingers. Because it is not a PNM or UNC problem, it’s a TT problem. So I envision a day when the level of maturity of our politicians could increase quite a bit and they would be able to see how we can work together to address what affects so many areas in our country.”

She said given the statements about bicycles, coal pots, ham and sacrifice, the country’s leaders were “totally out of touch with reality.” She stressed that she was not saying they did not want to help or did not care, but obviously did not understand the pain of the people.

She believes people cannot fix what they do not understand.

Hector Joseph said many people did not have money left after they paid rent. She has seen many cases of people being evicted, and that number increased dramatically since the pandemic. Many lost their businesses and were now trying to rebuild what they worked so hard to create, or had their weekly work hours cut.

These circumstances pushed some to live in their vehicles and she often gets calls from the police, Children’s Authority and various agencies asking for accommodation for them.

She added that plenty of people were not aware of, or did not know how to access government grants. And when they did, the experience was generally humiliating and frustrating, she said. They needed someone to walk them through the process, help them gather the necessary documents, tell them what they needed to do, and help them fill out the forms.

Those services will be one aspect of ITNAC’s upcoming City Outreach Centre when it opens in East Port of Spain.

“We need all hands on deck – civil society, the private sector and the government – so that we can engage the communities and come up with tangible ways to build those communities.” 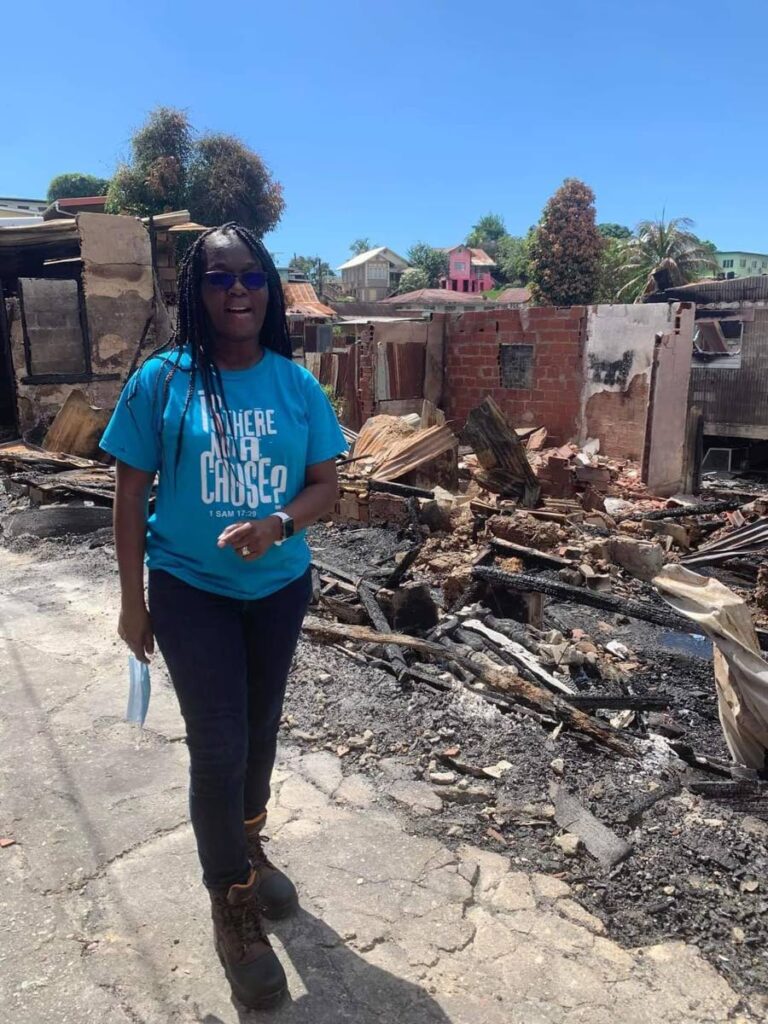 Avonelle Hector Joseph at the site of a fire in Belmont in December 2021. ITNAC provided hampers and clothing to the affected, as well as replaced windows and curtains for a nearby home. -

ITNAC has been very busy over the years and things are about to get busier.

In October, it opened a migrant learning space in St James which educates just under 100 migrant children from babies to 14-year-olds.

In early December, it will open its third transition house in Chaguanas, for people who have lost their jobs, whose homes burned down, were affected by flooding, and other situations where they lost their homes and need a temporary place to stay.

It is also building a safe house for women and children, which was the reason for the fundraising concert on November 16 at the Central Bank Auditorium.

Hector Joseph said ITNAC intended to have more fundraisers, because both the physical structure and the logistics of running such a project needed a lot of work and money.

In addition, it has several other continuous outreach projects, including providing housing, food, clothing, therapy and more for people all over the country who suffered from flooding.

There is also the love caravan, which goes into communities to help start up small businesses, provide motivational speakers, business development courses and more – all focused on the needs of the people.

“We are giving the hampers of clothes and food, but we are also lifting the morale of the people. We realised people want to do stuff. They just need someone at their side to help them.

“So we are looking at our various partners to see what services and skill sets they have to boost the skill set of the people we work with. We use a ground-up approach to build communities and make a difference one life at a time.” 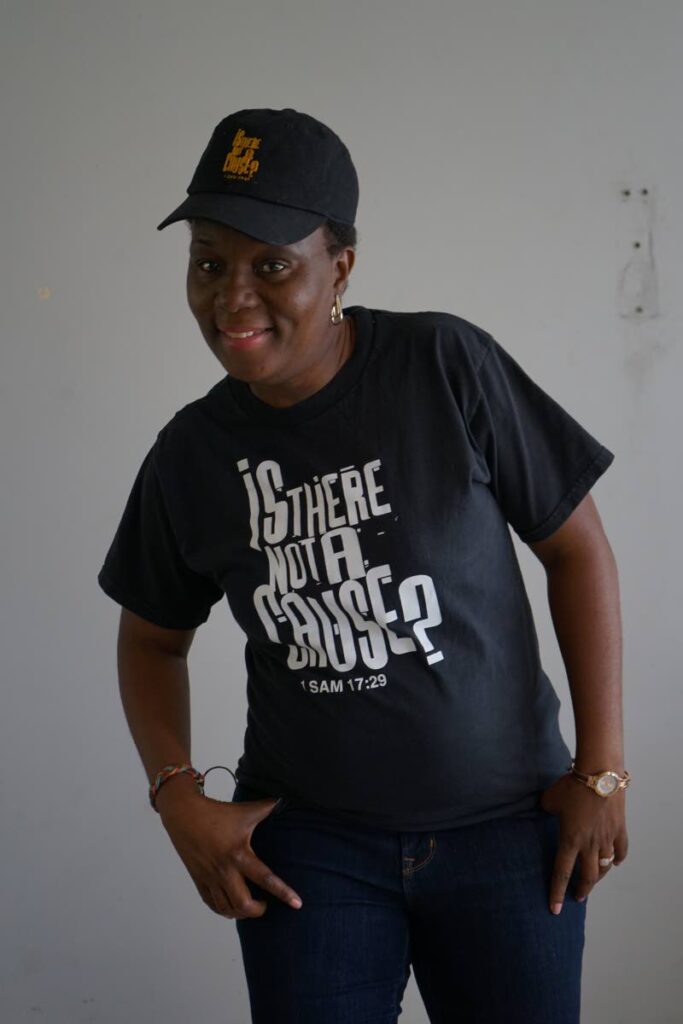 ITNAC also has a base in Haiti, where it has had projects that support micro-enterprise start-ups, and provide a mobile medical clinics since it first went into the country in 2002. Hector Joseph said the group was not physically in the country at the moment because of the unrest, but work continued through its partners, who send progress reports.

“When we go into a country, we try to build strong bonds. For example, when the earthquake took place in Haiti in 2010, we already had a network, so it was just a matter of mobilising on the ground.”

“We had to make that decision because of our unique situation and how we raise and get funds.

"It was heartbreaking. We had to choose between urgent and important. We have money in the bank for the building, but we had to take out some from it to feed people and trust God that when it’s time to build, He will provide.”

This is in addition to assistance in disaster relief, community development and poverty alleviation it has given through projects in Kenya, the Bahamas, Peru, Venezuela, and many other countries over the years.

“We are a working NGO. We work around the clock. On any given day, somebody needs food, somebody needs clothes, somebody’s running from domestic violence, somebody’s house gets burnt down, or there is a disaster somewhere in the world. Needs are always there. So the work goes on.”

The NGO was founded in 2002 by Hector Joseph whose mother, Margaret Hector, was the member for Diego Martin West under the National Alliance for Reconstruction between 1986 and 1991. She was the only non-People’s National Movement person to hold that seat.

Hector was a Spiritual Baptist who did a lot of charitable work which influenced her daughter. She passed away in 2003.

“She fleshed out what a Jesus lover was. She was selfless – the politician who went into politics poor and came out poor,” said Hector Joseph.

In 2009, the Carenage native gave up her job of 17 years as a marketing representative and radio announcer to be a full-time volunteer with ITNAC.

She said a lot of people in TT want to be a part of something bigger than themselves, part of the solution. ITNAC was the vehicle for people to do that and make an impact. And it was not abstract, she said, as they often see how they affect people’s lives, either immediately or years later.

She gave the example of a construction company, Awesome Construction, which is working on building the safe house for ITNAC. She said the contractor, who did not want to be named, started the job with $2,000 to buy materials. Every time the NGO got more money, it was given to the contractor, who would work on another portion of the project.

“He is the most amazing being I have ever seen in my life. Whatever we get (funds) we call him one time.

"He’s not getting paid as yet. He will get paid on the back end. Who does that?

"There are very good, kind-hearted people in TT. Unfortunately, they get lost in the bad press. But they put the greater good ahead of themselves.”

ITNAC also hopes for another fruitful partnership. It's applying for a one-off $10,000 grant from the government and would like to partner with the state in the future.

“I’ve met with Minister (Donna) Cox. She’s very aware of what we are doing and she has expressed her willingness to partner with us, because our goals align with that of the Ministry of Social Development, as well as the developmental goals of the UN and other agencies.”