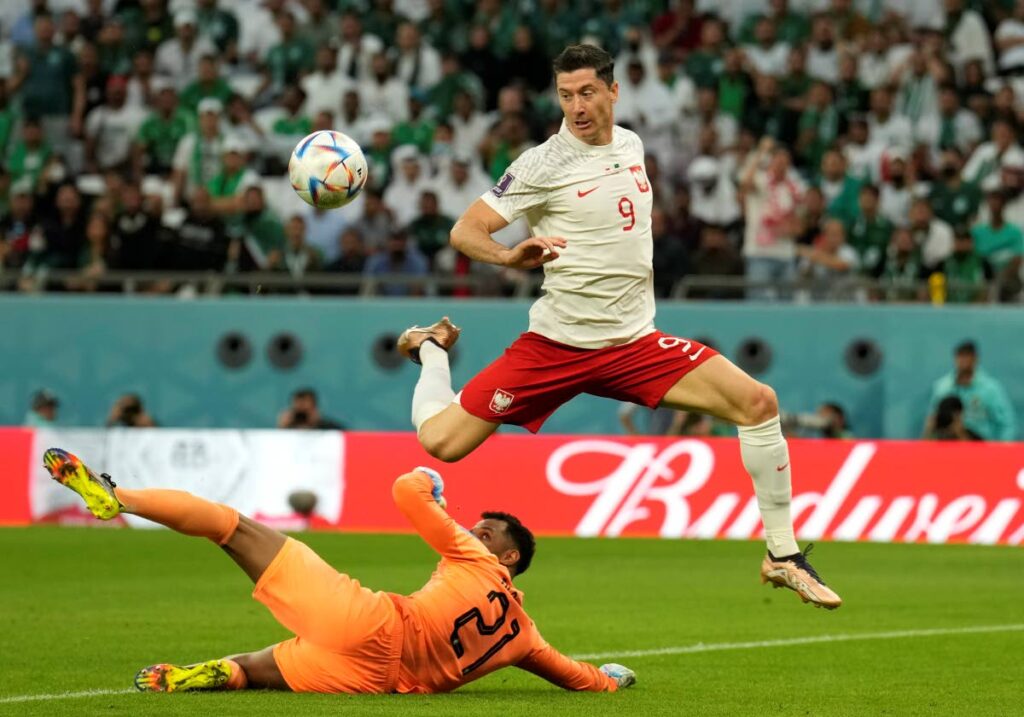 Talismanic striker Robert Lewandowski scored his first FIFA World Cup goal for Poland to seal a 2-0 victory over Saudi Arabia at the Education City Stadium in Qatar on Saturday.

The Saudis were a constant threat but goals from Piotr Zielinski in the 32nd minute and another from Lewandowski in the 82nd propelled Poland to the top of Group C with one match remaining.

Poland are on four points, Saudi Arabia are three points with Mexico third on one point and potential title favourites Argentina are in desperate need of a win against the Mexicans this afternoon.

If Argentina lose, their chances of progressing out of the group will rely on certain victory in their final match against Poland, and favourable results from Mexico and Saudi Arabia’s final group matches.