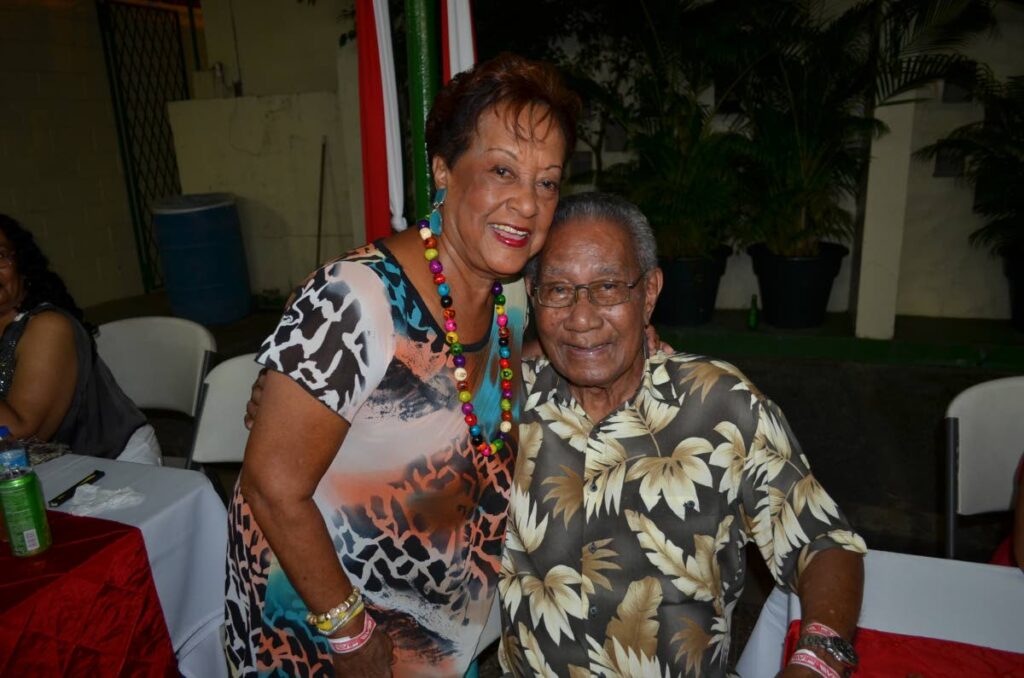 Ex-broadcaster Ed Fung and former colleague at TTT Ann Winston at a function in 2017. -

ED FUNG, one of TT's most recognisable voices in local radio and faces of local television news, has died at the age of 97.

Newsday understands Fung died peacefully at his home in D'abadie, on Monday morning.

Fung was a founding member of the now-defunct Radio Guardian (later renamed Radio 610 AM), set up in 1957, and became the station's first news editor.

He established himself at Radio Guardian as one of the country's most prominent broadcasting talents, a number of his friends and former co-workers have said.

Fung also went on to become a coach and mentor to some of the most well-known figures in the industry, including former Trinidad and Tobago Television (TTT) head of news Neil Giuseppi.

Giuseppi told Newsday, "His professionalism as a broadcaster and as a newsperson made him stand out, as well as his being a trainer of young people. You could not have passed under Ed Fung and not learn a hell of a lot about media. He was a wealth of knowledge and willing to impart it to all who passed under him."

After leaving Radio Guardian, Fung joined TTT and then returned to Radio 610 as programme director in 1975 for another short stint.

Fung was responsible for training reporters and archiving programmes, skills Giuseppi said he always excelled at.

"He trained so many people in broadcasting," said Giuseppi, who was himself one of them.

"Literally plenty, plenty people trained under him. He and Yusuf Ali were two of my mentors. They taught me everything I know about news.

Former Newsday editor in chief Jones P Madeira, who worked alongside Fung at various points of their careers, said his ex-colleague was formidable in all aspects of electronic media.

Fung, he added, had particularly prominent phases during his career. The first, he said, was "in the early days of 610 (Radio), which produced the cream of the crop of broadcasting in the Caribbean," which he credited largely to Fung's knack for training up-and-coming broadcasters.

The second phase was the "semi-retired Fung," who "did a lot of programmes on 610 Radio and Radio Trinidad."

Madeira said there were many competition-type programmes in those days, in which there were quizzes and sponsors who provided the prizes.

"(It's the kind of programme) if you're not a seasoned broadcaster, what can happen to you is that you become very entrenched in the competitive environment that the sponsors were pushing, and you lose the value of the production eye on a programme.

"In other words, the listener must know why he or she is listening to the programme, and what he gets out of it besides a box of Tide."

Madeira said Fung never compromised the news and education elements of his shows with commercialism and entertainment.

The third phase, Madeira said, was the retired Fung.

"Here you have this guy (still) in active duty, a man with a voice, a man with a passion for the profession, a man who knew what to do...whenever he was broadcasting.

"He was excellent in (outdoor) broadcasting, for instance, taking to the field and telling you what's happening."

Madeira remembered Fung as being part of a TT government delegation to China and other parts of the world, during which "he put this country on the map via broadcasting."

He was primarily a radio broadcaster, Madeira said, "but he was also an excellent television newscaster. He did all aspects of electronic media in TT."

Madeira said there is a need for more experienced broadcasters like Fung on the airwaves nowadays.

"(They're) not easy to get, because a lot of the media is translated into entertainment, and the information and education go through the back door, which is sad. But one hopes that we can get back to that one day."

Fung is said to have been "very active" up until at least a few years before his death.

His family is currently making arrangements for his funeral, details of which are expected to be announced in the coming days.