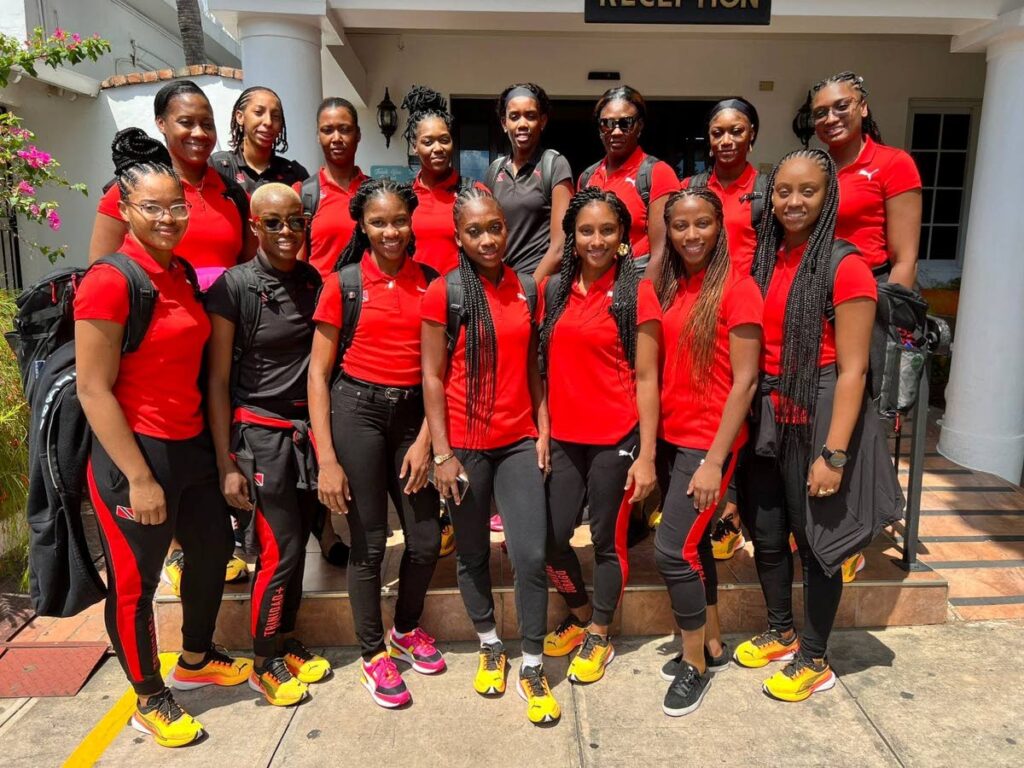 Earlier this week, news broke about the dismissals of the two women – both Tobagonians – who last month helped book the Calypso Girls'ticket to the world showpiece in South Africa.

Duncan said she got a Zoom call from local netball president Sherry Ann Blackburn and vice-president Lisa Stanisclaus, and was told the reason she was being removed was that her “communication is off course.”

Speaking with Newsday on Friday afternoon, TT goal-defence Aniecia Baptiste said the team learnt of the dismissals via social media.

No official communication, she said, has happened between the executive and the players about the decisions.

"It was a shock (and) it was somewhat hurtful because imagine someone in the public asking you about what you supposed to know internally and you don't know."

She said there still has not been a meeting with the players to update them on the team's plans going forward.

Asked if she thinks this situation will affect preparation for the World Cup – which will be held from July 23-August 6 – she said only if the lack of communication continues.

"We don't know what is going to happen after this.

"It is not my wish to see a downfall and a spiral. We just have no idea what the plan is going forward. We do not know what the replacement plan is or what's next."

She continued, "As with any new coach, there (would need to be) time to analyse our playing situation, abilities, coaching systems – the longer that we are left in this current state, then I do think it would negatively impact us."

Many have taken to social media to say the dismissals are an "attack on Tobagonians."

But Baptiste, who is also a Tobagonian, does not want to get involved in that.

"I'm really not on that train," she said.

However, she acknowledged that there is a perception of Tobago "invading" Trinidad, which creates tension.

She said while many may not want to admit it, it exists. However, she has never experienced it personally.

"And it happens at all levels, not just at the senior level but under-16 (too).

"So as much as we seek oneness, there is a big divide."

She also said it's difficult for players to be part of the national team since they do not get paid, which is especially tough for Tobagonians who have to travel to Trinidad to train.

"I had to have a fundraiser last World Cup, even though I was already selected, to be able to get to Trinidad to go training."

She recalled only being reimbursed for travel once.

Two other players were contacted but they declined to speak about the issue.

Newsday received a copy of the termination letter sent to Legall on Wednesday.

The president added, “As you are aware, reports were submitted and received, as required for accountability and alignment of the team’s strategies, in all events under your stewardship, namely, Commonwealth Games in England in July/August 2022 and Netball World Cup Qualifiers held in Jamaica in October of 2022.

“A Council meeting was held on Saturday 12th November, 2022 where the aforementioned reports were tabled, considered and recommendations made. Consequently, a decision was taken by Council to terminate your appointment as manager of the senior team with effect from 21st November, 2022.”

“To be clear, the primary reasons for termination of your appointment were related to shortcomings and failures highlighted in your reports, with no recommendations for resolutions or corrective actions to be spearheaded by you in your capacity as manager.”

But a perplexed Legall told Newsday, “At this point, I'm still unsure as to why I was fired from the job. Due process wasn’t followed.”

She added, “The way it was done was distasteful. When things are done like this, how do you expect other people to work with you in the future.”

Legall is a former national player and scholarship recipient at the University of Trinidad and Tobago. She is a holder of a bachelor's degree in sports studies and a master's in sports for development.

She said, “I just want them to have better practices in what they are doing. It could have been done in a more professional and humane way. This is a voluntary position, and we (coach Kemba Duncan and her) haven’t been paid a cent, but we are giving our time for our country which is quite valuable.”

Legall is the founder of the Net Ash Foundation and is responsible for revamping netball in Tobago, especially post covid19.

“Better needs to be done, not only for us per se but for anybody else who may come after us.”