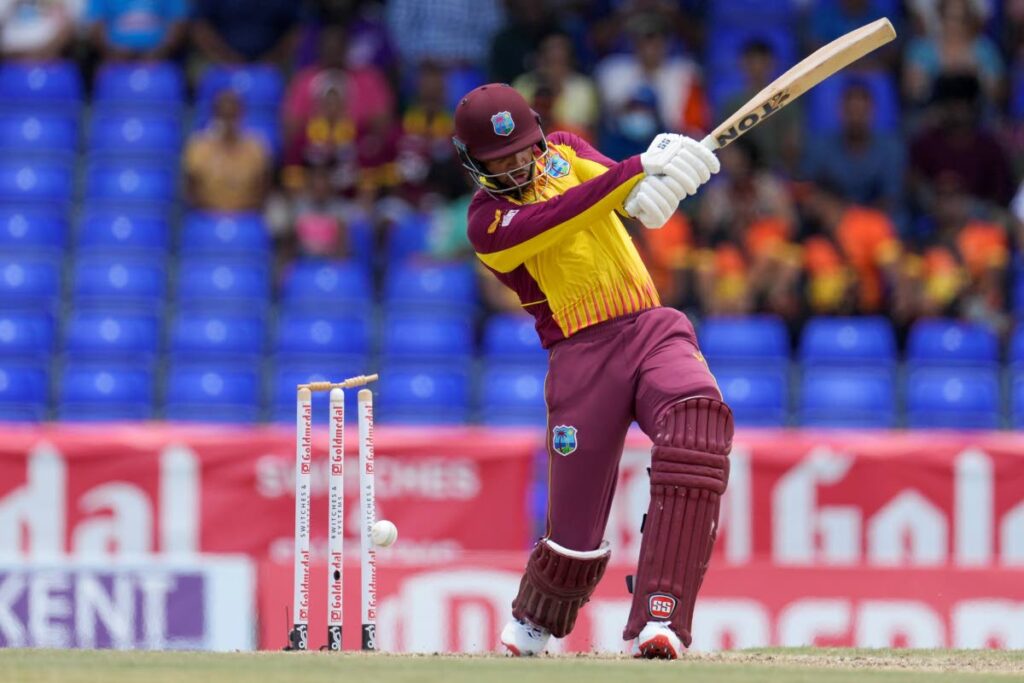 NEW Zealand took a 1-0 lead in the three-match T20 series against West Indies with a 13-run win in the first match at Sabina Park in Kingston, Jamaica, on Wednesday.

New Zealand’s innings was interrupted by rain, but it did not stop the flow of runs as they posted a competitive 185/5 in 20 overs.

Captain Kane Williamson struck four fours and two sixes in his knock of 47 off 33 balls. Opener Devon Conway also contributed with the bat hitting 43 off 29 deliveries.

In reply, the West Indies top order failed to impress and were 49/4 in the seventh over.

Romario Shepherd and Odean Smith gave West Indies a glimmer of hope scoring 31 not out and 27 not out respectively, but it was in vain.

Spinner Mitchell Santner snatched 3/19 in four overs for New Zealand. The second match will be played on Friday at 2.30 pm (TT time) at Sabina Park.