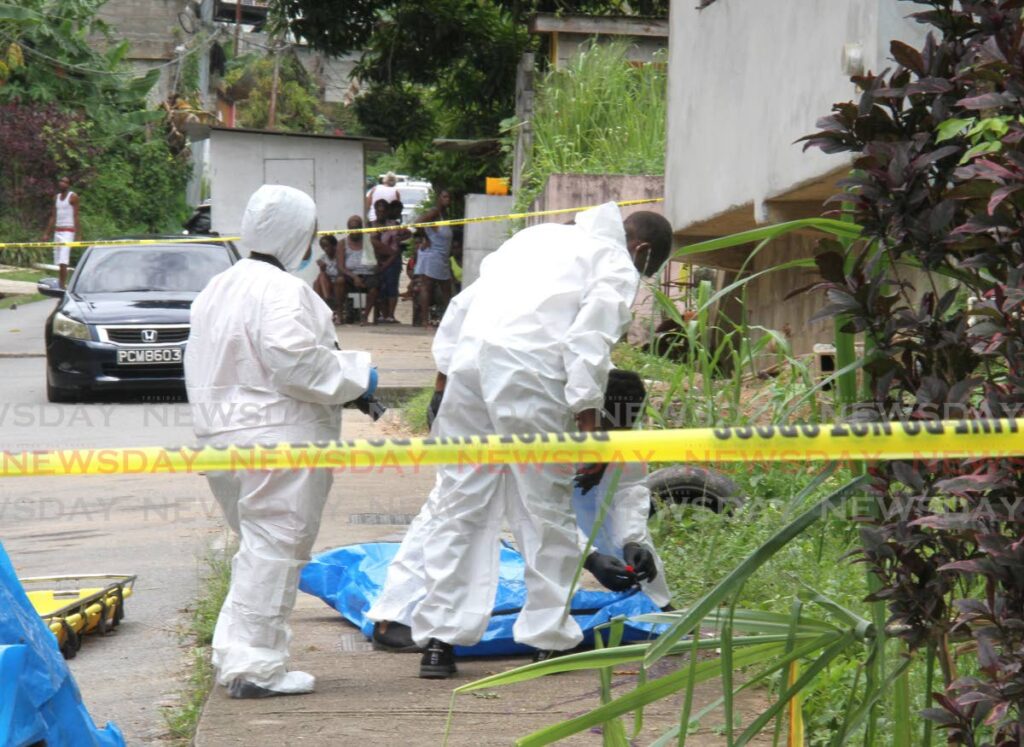 THE National Transformation Alliance (NTA) complained that the budget did not address the country's dire crime situation, in a statement on Tuesday after Finance Minister Colm Imbert's budget speech in the House of Representatives on Monday.

It commented, "There is no question that Trinidad and Tobago faces its most dire social and economic climate in a generation.

"It is in this light that the NTA was hopeful for a comprehensive and proactive budget presentation, that would steer us out of the current situation we are in, and set a path for a return to prosperity for TT."

The NTA, which is led by former police commissioner Gary Griffith, wanted more attention to crime.

"Whilst there was certainly attention given to national security, the avoidance of specific addressing of the historical murder rate was disappointing." It said the issue affected the nation psychologically "and is greatly inhibiting economic activity, at all levels.

"Policy makers must be more aggressive in addressing this untenable situation, and they must engage all stakeholders in ensuring that this destabilising trend is reversed."

The NTA urged the population to put aside its differences, and work together to create the country everyone desired.

It commended the tone it said the Government set, given its commitment to fiscal discipline and its plan to close the deficit by next year.

It said these were goals that successful nations must set adding that it was waiting to see the results of these promises and intended to hold the Government to its word.

However, it went on, "Our economy continues to stutter, begging the questions of why and what measures we can take to get growth started."

The NTA welcomed the repayment of $4 billion in VAT refunds, to put critical capital into the hands of businesses and individuals, saying it was a much-needed move, although it was "yet to be determined if it will be an economic stimulant, as the macro environment may deter investment."

The party said the capping of the fuel subsidy and the Government's commitment to property tax would prompt debate because of their impact on the population.

The increase in the tax exemption from $84,000 to $90,000, while also a welcome relief, would be offset by other increases citizens have to face, the NTA said.

The party wanted more details on housing and education initiatives and "the food security crisis that we face."

The NTA said an alleged decline in agriculture was a deep concern.

It wanted more details of the use of allocation for agriculture, "given the continued rise in food prices globally, and the decline in agricultural GDP domestically, in terms of real value add."

The NTA said the budget had not mentioned public private partnerships (PPPs). "Instead we see, alarmingly, the broadening of the HDC into 3 companies: Contractor, maintenance, and sales. Why no PPP? Is another monster being created? Collaboration between the public and private sector is critical for the cohesive and robust development and transition of our economy, and as such, we should be looking to decrease the government's role in commerce, as opposed to increasing it."

The party claimed the Government lacked a country strategy, as a critical pillar for transformation.

"Moreover, the impact on the vast majority of the population cannot be ignored, and as the NTA engages with communities, we intend to listen to the population, and the points they wish for a Government of transformation to consider. NTA will make further comments as is warranted."