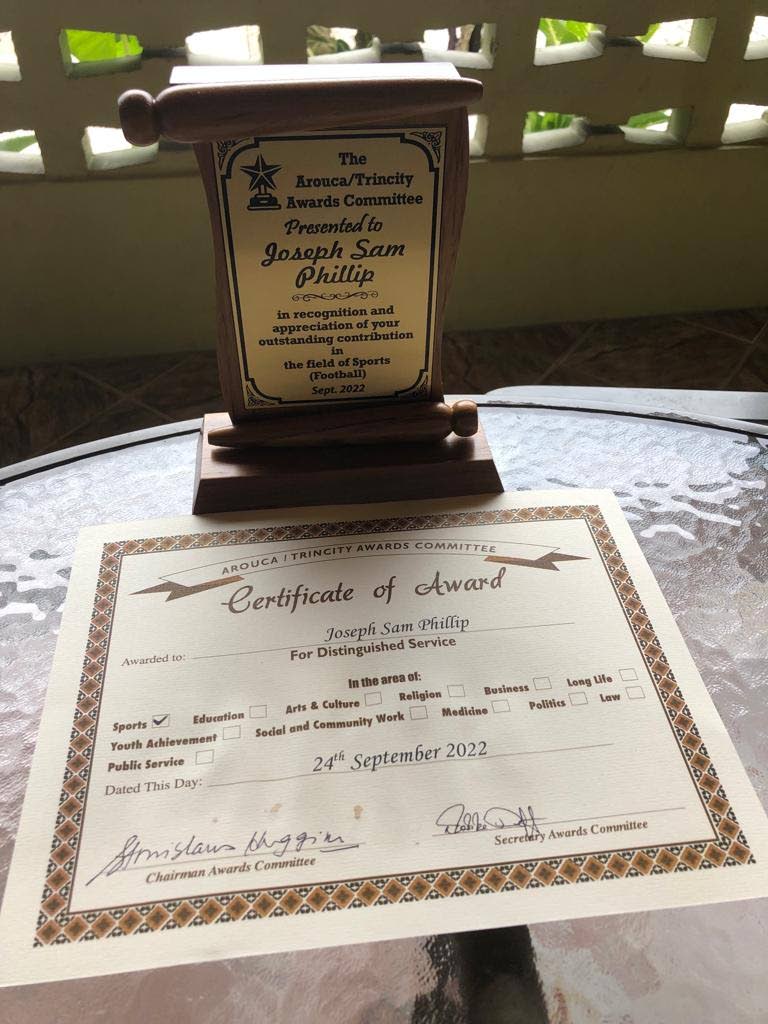 A plaque and a certificate which were presented to Joseph Sam Phillip by the Arouca/Trinity awards committee on Saturday. -

JOSEPH SAM Phillip is seeking reelection as chairman of the Trinidad and Tobago Cricket Board (TTCB) East Zone. The elections will take place on Friday.

According to Phillip, "For the last three years, I've been the chairman of the East Zone. It's also the last term I want to spend though, if reelected. This (time) it's a four-year term. Before it was a three-year term."

In terms of his accomplishments thus far, as East Zone chairman, Phillip said, "I have a competition which I introduced in the East Zone, which is a T12 competition. I was the first (chairman) to have a competition (upon the lifting of the covid19 restrictions). We were able to (stage) the T12, the Over-35 and the T20 (events)."

In related news, Phillip was honoured by the Arouca/Trinity awards commmittee on Saturday, in a ceremony at the St Mary's Anglican Church hall, Tacarigua, for his service to sport.

"It was a pleasure for me to walk on the same platform with the likes of Eddie Hart, Winston Dookeran and Alicia Hospedales," Phillip said. "They received awards for politics."