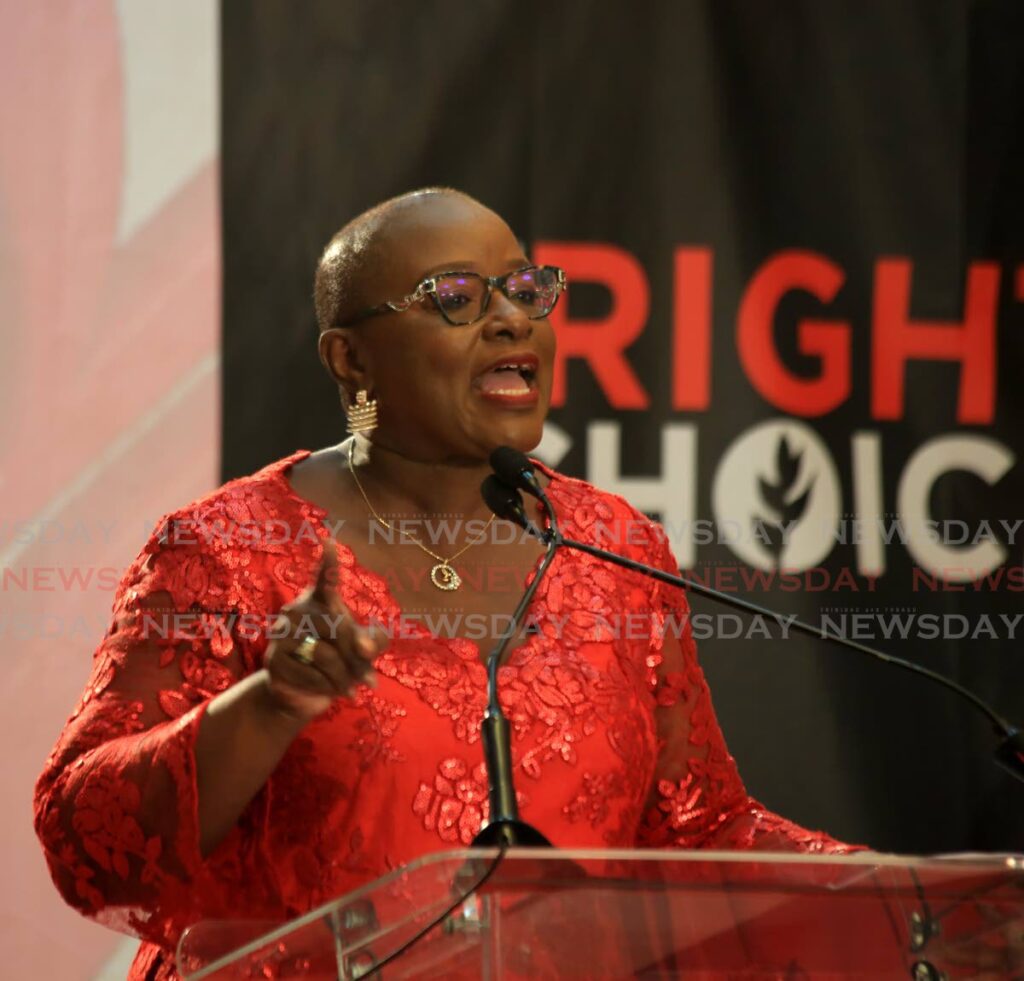 MEMBERS of the ruling PNM go to the polls on Saturday and Sunday (November 26 and 27) to begin voting for candidates who are contesting the party's internal elections on December 4.

Imbert said the party was trying to mirror the Elections and Boundaries Commission in the way it conducts general elections and special voting. This would include polling cards and polling stations in all 41 constituencies.

He said, “We are introducing an innovation into party politics that has never been there before, and this is as part of the recognition of the digital age and modernisation. So those persons who would not be able to vote on polling day, which is December 4, can come to all 41 constituencies, to the prescribed polling stations, and vote on November 26 and 27.”

Imbert is not standing for re-election as PNM chairman nor contesting any other post on the executive.

He said, "And just like the general elections, if a person shows up on November 26 and 27, the person would be allowed to vote, they would be given a ballot. Just as happens with special voting in the general elections – they vote and their names would be removed from the voters' list and they would not be eligible to vote at the convention, which is on December 4 at the Grand Stand in the Savannah."

PNM general secretary Foster Cummings said there were over 100,000 members on the PNM database and over 25,000 new members had joined over the last two years, so there would be a rigorous voter verification process.

Cummings added that the election would be administered and supervised by an independent elections supervisory committee appointed by the party's general council.

The Prime Minister is standing for re-election as PNM political leader. Dr Rowley was first elected to this post in 2010.

He is being challenged by former government minister Karen Nunez-Tesheira, Ronald Boynes and Junior Barrack. Since announcing her candidacy on October 2, Nunez-Tesheira has argued that the PNM has lost touch with its members and the wider population under Rowley's leadership.

“If we continue along this path that we are going, I don't know where TT will be."

Nunez-Tesheira recalled Rowley was one of the first people to welcome her into the PNM's ranks in 2007, and gave her considerable support when she was a political neophyte. She considers him her friend.

But as a leader, Nunez-Tesheira said, Rowley has been a disappointment.

She also expressed concern about the voting process being used in the internal elections. On November 23, Justice Devindra Rampersad dismissed an injunction application by Nunez-Tesheira and two members of her slate to postpone the elections because of these concerns.

In a final statement to party members before voting begins over the next two days, Nunez-Tesheira said it was their faith and determination which would guide change in the PNM

She reiterated her claim that Rowley was using tactics which caused polarisation, intimidation and bullying.

Rowley has denied all Nunez-Tesheira's claims. He was scheduled to deliver his final remarks in the internal election campaign at a meeting in La Horquetta on Friday.